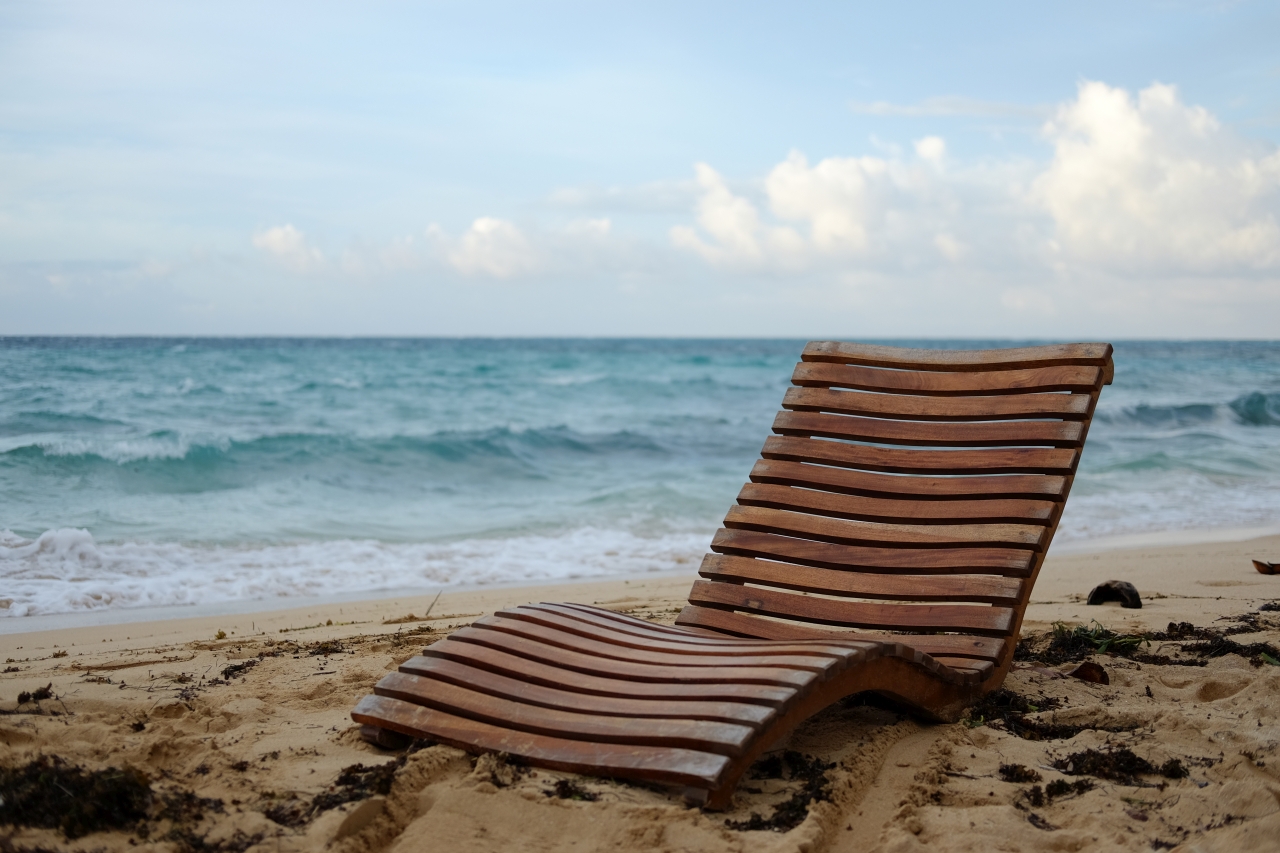 q. favourite meal
a. food this week has once again been really bleh thanks to my aversion to shellfish. however, for those who are able to indulge in the crustier forms of life, lobster was both cheap and plentiful on the carribean island of little corn. i on the other hand stuck to grilled pork, chicken and fish and still managed to break out in hives. i love beach vacations but getting sick so easily is getting really annoying. my best meal was actually during our unexpected stay in managua. we ended up in a gated community and our eating options were one bakery, one convenience store and one ‘restaurant’ that a lady operates on her front porch. we were told that she sold pupusas, which we love, so we showed up in the early evening and low and behold, she had a whole buffet of food ready for her neighbours. from fried tacos to rellenos to grilled meats and all the fixings to go with it, we stuffed our faces with a 1/4 chicken, spicy pork, rice, beans, plantains, chicharron & jalapeneo & cheese pupusas (the best ones we’ve had all trip! next trip will definitely be to el salvador!) and two smoothies for the astronomical price of 290 cordobas ($15 cad). i mean, we were rolling our way home after, that’s how full we are. the couple we ate dinner with ate half of our portion and were already stuffed. we’re such piggies.

q. most memorable moment / best highlight
a. our one full day of decent weather on the island. we roamed around as a group of five through the pathways of the north side of the island, passing locals, schoolkids and hiking our way up the ‘lighthouse’ of the island. i use quotations because the lighthouse was not much more than a metal ladder with light up at the top of the small lookout point. from up top, we could scout out the whole island and see the various shades of blue lining the different coasts. looking further north, the water was a bright aquamarine with dots of white so we continued further in that direction. after a convoluted 30 minutes where frank and i managed to get separated from liz, vince and vince’s new french canadian man crush simon, frank and i made the executive decision to spend the rest of the at yemaya’s beach bar. as the nica libre’s and beers piled up, so did our slackline-walking and balance beam skills… at least that’s how i remember it. we stayed for happy hour, a few more nica libre’s, some swimming and caught what was my only memorable sunset from little corn. the best part about hanging out on the island is that we spent the day hanging out with half of a honeymooning couple from vancouver (the other half had contracted dengue fever and was laid up in their $500+/night beachfront room with an iv fluid drip. everybody is so relaxed and it’s great to share travel stories overlooking the water with a drink in hand. the only downside to this great day was that we 110% looked like a gay japanese couple but sometimes, you’ve got to take the good with the bad.

q. greatest challenge
a. staying positive about all my experiences with little corn island. over the span of six days, we met challenge after challenge. first up was the viciously bumpy panga (ferry) ride to get over to the island. at the same time, we had to watch a bull drown in disturbing fashion after falling off the pier, not that drowning is ever NOT disturbing. the rain came shortly after we arrived in little corn and was on and off for the whole week, mostly on. i also burst out in an allergic reaction on this seafood-heavy island after my first day which meant two days of being laid up in bed and then the rest of the week being covered in itchy hives. we had one full day out with the whole crew and it saved the week from being a complete disaster but it was a mentally draining week. little corn has a mandatory power outage for 7 hours of the day which makes life extra dark and damp when you’re sick and stuck in your room all day. dealing with damp clothes is also a fun exercise when there’s no sun to dry them out. hanging freshly washed shorts and tank tops outside can actually get you a return of even soggier clothes in the morning even without rain. it’s magic!

q. what i miss most from home
a. the upcoming opening days for cypress, whistler & baker this week. groan, double groan & triple groan.

q. next stop
a. we had booked a shuttle to the mountainous region of arenal but i bailed on this cold, windy weather and opted to change our destination to the beachtown of tamarindo. once we get to the pacific coast and see what the hurricane otto situation is like, we’ll decide to go north or south accordingly.

q. weirdest observation about current culture
a. nicaraguans on the corn islands are completely different to those on the mainland. the more we’ve traveled throughout nicaragua, the friendlier the locals have gotten and those on the corn islands might be the friendliest we’ve encountered. over our travels this year, i’ve come to notice that those in less than fortunate circumstances are usually the most genuinely good natured people. the grown ups huddle up on balconies and talk all evening. kids aren’t glued to their phones. it would certainly be easy to be jaded when living on an island that is predominantly a traveler’s destination but instead, smiles can be shared with anybody on the island. nicaragua is awesome and if asked for travel recomendations, i would never dissuade anybody from visiting.

q. one tip i would give myself if i were to come back
a. i would skip little corn island. not only would i give myself this advice but i would tell this to anybody who visits nicaragua. there are nicer beaches in the world with easier access, cheaper food (with the exception of lobster for you seafood lovers) and aren’t as dicey to get to and from. little did we know but dealing with delayed/cancelled panga rides & flights is pretty commonplace due to the wind and water conditions. one example is when we were leaving. it had been raining cats and dogs all day and we were told that the panga boats get cancelled when the winds hit 20 knots (~37km/h). well, 70 knots was forecasted for the day that we left and it was raining during our walk to the panga. we thought there was no way in hell we were going to leave the island (something that happened to another canadian couple for 24 hours and yet another couple that was stuck there for multiple days while hurricane otto passed through the region) but by some stroke of luck, the winds and rain died down and we arrived in big corn after an oddly smooth panga ride. getting to big corn on time didn’t make any difference since our flight from big corn to managua was delayed 3 1/2 hours due to some mechanical difficulties with the plane. as we were boarding the plane we sat next to a pair of engineers that just disembarked the plane as it arrived on the island. they were taking pictures and videos of the right propellor as we were taxiing on the runway. at the same time, i noticed that the left propellor hadn’t started spinning until moments before our takeoff. this was an interesting week and travelling to somewhere like little corn can create some lasting memories if there’s some flexibility to take days at the pace that they come… however for others with a tight itinerary, it could be a little stressful. at the end of the day, the majority of visitors to the island are foreign and everybody is there to have a good time so the attitudes make up for some of the pain in getting here.

q. friends i’ve hung out with/visitors
a. frank, vinny, alex and a couple other traveling vagabonds that made the trek out to little corn island in search of some time in paradise. from montreal to amsterdam to the uk to denmark and even a couple from my old neighbourhood of mount pleasant in vancouver, our fellow travelers made up for the bad weather on the island.

q. one random/weird/cool thing i learned about the country i’m staying in
a. i had no idea that costa rica was so americanized. i was under the impression that it was more developed than most other central american countries but i had no extent as to how developed it was. well, after arriving in san jose and being dropped off at a strip mall to wait for our shuttle to monteverde, it felt like we could’ve been standing in any suburb in the usa. between the holiday inn, multi million dollar casino, denny’s and the neverending lineup of chain restaurants in the same strip mall, i had to remind myself that i was in central america and not nevada. we had an hour to kill before our shuttle picked us and we got shocked a second time after we had sat down. a slice of pumpkin pie was 5000colones. that’s twelve Canadian dollars. i couldn’t even comprehend what was going on. fortunately, once we were in monteverde, the prices had come down somewhat but thanks to the proliferation of tourism by americans down here, price are much higher than both guatemala and nicaragua. there are other factors to the higher cost of living but the end result is the same; lots of gringos at higher prices.

q. one new experience/memory that will stick with me
a. the hummingbird garden in monteverde. we showed up in monteverde with the intention of doing canopy tours, walking hanging bridges and essentially taking a safari to see all sorts of indigenous and majestic animals. the highlight of our day turned out to be the hummingbird garden which was graciously included for free from our hotel host. six feeding stations attracted dozens of multicolored hummingbirds and they were more than happy to pose for us as they were feasting on their sugary lunches. i’ve never seen one up close and personal like this nor have i taken pictures of anything moving this quickly so needless to say, frank and i were getting our snap on. haha was just as bad, as she normally is with anything cute. the only way she would’ve taken more photos were if cats had wings. we noticed that many other tourists passed through and were content with their shots after 5 minutes however we probably spent close to half an hour browsing the feeding stations to see how many of these zippy birdies we could oogle at. one thing i found really cool about the experience was that when standing close to a feeder, you can not only hear the hummingbirds get near (it sounds like a low level helicopter propeller spinning) but you can actually feel the breeze from their amazingly fast wings. they can flutter their wings at up to 80 times per second! i was shooting at a shutter speed of 1/4000 at f2.0 and i was still getting motion blur. easily the highlight of our monteverde stay!

q. portion of luggage that’s been the most & least useful
a. i just realized that i’ve taken over 30,000 pictures with the camera i bought in hong kong in april. my camera was being serviced for a month when i was at home in august so that’s 30,000 pictures in six months… 5,000 pictures a month… 166 pictures a day. and to think that i wasn’t sure if i would get enough use out of this camera when i was buying it. organizing those pictures is another issue entirely.