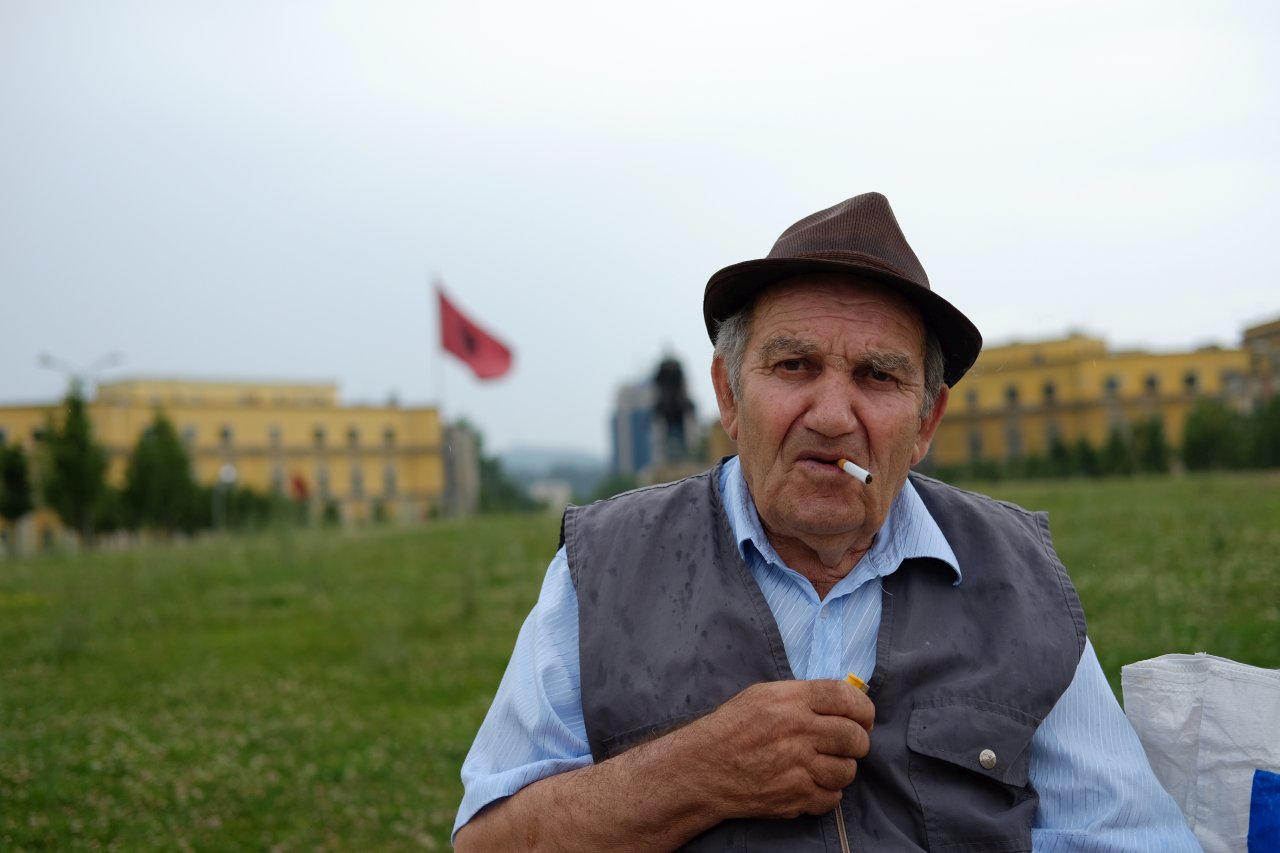 well six months has passed and we’re still trudging along here in europe (currently in the city of riga in latvia).  at the start of the year, i was partially excited and equally as nervous about how things would turn out given that neither of us had been on a trip this long with this little planning and this post covers my thoughts and realizations of those things.

thoughts: every meal is going to be a 10/10 and i’m going to eat the best of all local fare
realization: who doesn’t like eating out?  eating out is great. doing it everyday for six months isn’t and it gets old pretty fast not to mention expensive.  breakfast is one of my three favourite meals of the day and most of our european destinations are not very breakfast friendly in that they don’t provide much more than a coffee and a pastry.  in spain, only a handful of places will even offer this which didn’t really work for me.  we also miss not only the ethnic foods from home (pho, mexican, taiwanese, shanghainese, persian, brick oven pizzas) but also home cooking.  simple meals like any saucy dish on white rice is our comfort food (and what i look forward to after snowboarding and tennis) and we were fortunate to be able to indulge in a week long chinese foodathon in lisbon after haha found a huge chinese grocery market close to our airbnb.

thought: i don’t meet a lot of people because i’m shy.
realization: i’m antisocial and impatient. i’ve come to the realization that i don’t just like being solitary but i actually hate people in general.  i hate being in crowds.  i hate people who don’t shut up.  i hate selfie takers and their temporary manufactured smiles.  i hate people jostling for position around you while using ipads as cameras. i hate people who shower in cologne and sandwich themselves next to you in line.  conversely i hate people with body odor you can smell a block away that also wait next to you in line.  seeing the thousands of tourists in all these cities alongside us that will do anything to get their ‘souvenir shot’ has convinced me that this world is going to crumble on our own narcissistic interests.  traveling has made me lose almost all faith in humanity.

thought: that i don’t use social media at home because i’m too busy.
realization: i’m too lazy.  i like instagram because it’s impersonal, visual and also because it affords me the ability of keeping a photographic travel diary since i’m too lazy to put together actual galleries until months after the fact.  i like facebook because it offers me the ability to keep in touch with friends from overseas that i don’t chat/email with regularly.  aside from that, i can do without the useless ‘news’ articles, what’s new in the world of donald trump and pokemon go and how much somebody loves someone else.  i think of myself as more apathetic vs self centered and being social on social media feels like an exhausting endeavour.

thought: travelling fast and furious is going to be awesome
realization: it is awesome but it is equally as exhausting.  you get to see a lot but i think that style is a better fit for a shorter vacation.  our stays in cities have risen from 3-4 nights to 5-7 nights as our trip has gone on and i think it’s because each leg nibbles a bit more from us.  i underestimated how consuming a trip like this was going to be and i was wanting to go full tilt up until around portugal…  wanting to see everything and eat everything (taiwan),  everywhere we went.  for some reason, a switch went off in my head around greece and i started to slow my thoughts down.  waking up late, lounging in the afternoon and putting down the camera for days at a time helped me recharge not only physically but mentally.  i wouldn’t necessarily pick slow travel over fast travel 10 out of 10 times but i think that on a trip of this length, it’s been great to mix it up.

thought: i was going to be so unprepared for every city we visited as i had done minimal research prior to departing vancouver.
realization: with so many resources floating around on the internet, all this info is at your disposal 24/7.  these small european cities didn’t even need much research vs a metropolis like tokyo.  in a case like tokyo, our days were essentially food tours with some sights mixed in.  it could’ve been hectic but wherever we ended up, we would freestyle the next stop since there were SO many places i had wanted to visit. . seriously, you should see my google maps for tokyo, it looks like a Jackson Pollock painting.  some of our best tips have also come from simply asking a local where they would go for a bite/drink.  it takes the guesswork out of it and you’ll likely end up in a place with a more local vibe.

thought: what happens if we get detoured, delayed, lose luggage or anything else that will ruin our trip?
realization:  it might be a bump in the road but it won’t ruin the trip and everything will work itself out.  in the history of mankind, the overwhelming majority of things have worked themselves out (with the exception of the holocaust) and a vacation is no different.  in fact, my regular stressed out self has learned to appreciate the detours in life.  more often than not they turn out to be even better because we’ll end up in an interesting neighbourhood or find a randomly awesome restaurant.

thought: i’m a sports junkie and i’m going to miss my lifestyle from home
realization: i’m a sports junkie and i miss all four seasons of vancouver. as exhausting as it was, japan was one of the most enjoyable legs of this trip for me. some days involved a 5 hour round trip commute via train and bus to get to the mountains but the 6-8 hours of japow insanity sandwiched in between were worth every minute of the rides.  i felt like a skeleton by the time we left sapporo for tokyo and the cold temperatures were ripping through me with impunity yet i loved the feeling of being spent of energy and dead to the world at the end of these days and i’m going crazy without it.  tennis tides me over for the summertime and i’ve only played two hours in total this year.  imo, walking is more a necessity than exercise; it’s been helpful to burn off some energy doing so much of it on this trip but the realization is that we would have been doing it anyways so it’s hardly an enjoyable expenditure of energy.

thought: our travel blog could potentially be turned into more than a hobby
realization: travel blogs (99% of them) are bullshit.  they lie, exaggerate and don’t offer a whole ton more insight than they would like you to believe.  those pictures they post of attractions that look amazing?  their long exposure shots that remove the hordes of crowds by way of exposure.  those hotels and resorts they recommend?  likely comp’d to them in exchange for a review.  those know it all recommendations from them?  it’s facebook all over again but on a more customizable platform.  the majority of bloggers (myself included which i try to stay aware of) have a tendency to write their thoughts and feelings in the form of ‘fact’ as opposed to opinion and reading peoples’ must-dos makes me cringe sometimes.  i came upon one blogger who was a self proclaimed foodie (*cringe*) and she was slamming a city’s favourite meat dish even though she was a vegetarian.  another blogger highly recommended riding the santorini donkeys from the waterfront up to the towns and it’s basically supporting animal cruelty, an activity that even major cruiseships urge the public to avoid.  i’ve changed my surfing preferences to smaller bloggers who will actually post a truthful and negative review on something since there are so many that candy coat their blog so that EVERYTHING is perfect.  we don’t live in postcards so stop selling yourself like you do.  traveling isn’t foolproof and anyone doing it long enough will encounter hurdles; that’s what makes it so unique and interesting.

thought: i’m going to have tons of downtime while traveling to do absolutely nothing
realization: more surprising to me than anything else is how little downtime we have had to do nothing (vegging out on a couch or even sleeping).  my horrible sleep patterns have continued and i haven’t gotten much more rest on this trip than i did during life at home.  haha has rediscovered her love for reading and she has been devouring books at breakneck speeds.  i’ve picked up a few hobbies this trip as well to fill my time, those being writing and photography.  while still being pretty shit at both, i find both very relaxing as they are abstract and can take on any structure.  i don’t know if this will continue when i resume daily life but what felt like a chore about two months into our trip has turned into my quiet time.  photography has also opened a completely different aspect of traveling for me and will probably be a factor in deciding future trips.

thought: i’m not going to have enough clothes for this trip
realization: i was carrying around far too many clothes for far too long.  a few days before i flew out, i had someone (nate dog) who had been on a long term trip tell me that whatever it is i think i need to bring with me, bring less and i won’t miss it at all.  i can’t say that that is entirely true as we’ve been in temperatures ranging from -25 to +35 celsius but for the most part, he was bang on.  i can’t recall how many trips i’ve been on in the past where i would only wear half of the clothes i had brought.  i’ve cycled through everything this trip and have added four shirts and a pair of shorts to the mix but the two pieces that i thought i was going to trash halfway through (two pairs of shorts) are still going strong and might even make it home with me.  not having to wait at the baggage carousels has been an added bonus that appeases my impatient side and the ease of traveling with all our bags in tow on public transit in rush hour has left a ringing endorsement with me to travel light going forwards.

i wouldn’t say that i’m a different person today than at the start of the trip but i feel like i have more awareness of myself and have definitely picked up a few tricks to traveling as well as some new interests.  on the flipside, i’m probably less tolerant of crowds and have lost a lot of faith in humanity and the future of the human race… so this trip hasn’t been all sunshine and roses (or sunflowers) thus far and likely won’t be going forward.  however would i have changed anything?  not for the world.