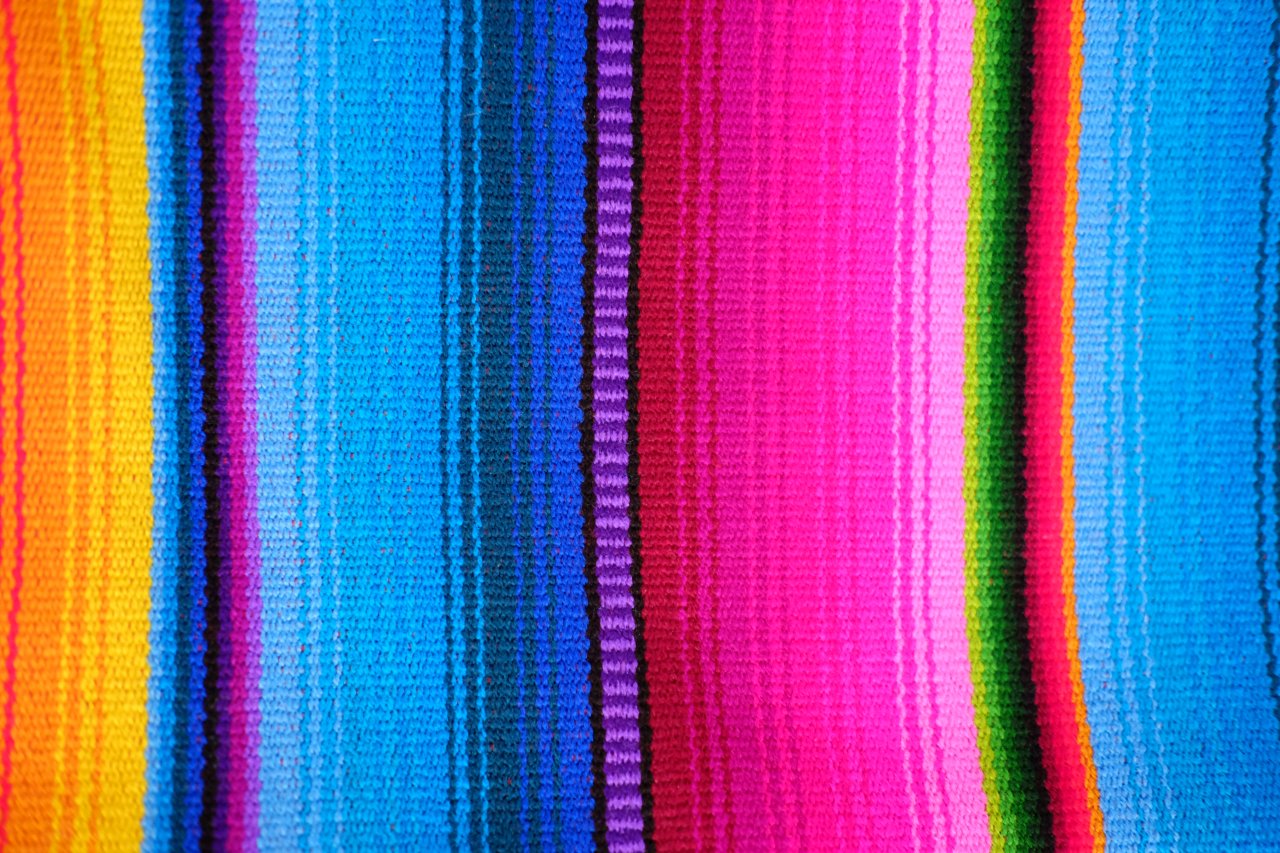 q. favourite meal
a. in the interest of switching up our diet i broke down and ordered up a seriously delicious burger from deli llama de fuego (which i think translates to ‘blaze of fire deli’) last night.  they’re known to serve up a variety of healthy eating options and this was our second trip back this week.  the meat patty was extra juicy but about 1/3rd of the thickness of our north american patties.  instead of being topped with a few veggies for garnishes, this burger had a slice of extra gooey white cheese, alfalfa sprouts, tomato, caramalized red peppers and a garlic aoili.  the side of halved nugget potatoes were pan fried and topped with a finely minced mixture of onions, red and green peppers with seeds and all.  no ketchup needed since haha had plenty of leftover salsa verde from her enchiladas.  SO good.  prior to this meal it would have definitely been one of our many taco meals but hey, sometimes you can’t plan these things out.

<no pic for once.  eating took priority>

q. most memorable moment / best highlight
a. hiking pacaya volcano.  we didn’t see any magma (*insert dr evil voice*) because the last major eruption was two years ago but it was an experience nonetheless.  it was an easy, albeit an early, daytrip from antigua and after about a 90 minute hike, we roasted marshmallows in the fumeroles where the heat from the volcano toasted our sugary puffs to a crisp.  another post on our day at pacaya is coming soon.

q. greatest challenge
a. balancing my fear of getting sick with my recklessness for ingesting mexican food.  i figure i’ll get sick eventually but with the sheer amount of traveling via bus/shuttle that guatemala requires, the last situation that i want to be feeling nauseous is in a 14 seater van packed with 17 people + luggage, no air conditioning, winding around corners and speedbumps at breakneck speeds.  on a related note, getting used to long days in shuttles is really something else.  guatemala’s highway system is setup such that the main thorougfares and attractions run around the perimeter of the country.  cutting through the center of the country to save distance can take up to twice as long due to the challenging road conditions which we’ve also seen firsthand.  thanks to the responsible government to implement many random speedbumps along highways, almost all vehicle shock absorbers are banged out, many bunny hops can be made as these jagged bumps are navigated and traffic can slow to a standstill due to these backups.  in general, any quoted travel time should be extended by 25%.

q. what i miss most from home
a. my comfort zone.  this trip is a step out of familiar settings for me and it’s taken some getting used to since i was just starting to get adjusted to being back home again.  english is less prevalent here than anywhere we’ve been this year so communication is much more challenging.  the japanese are quite expressive with body gestures when trying to explain something to a gaijin.  the guatemalans not so much; they have a tendency to speak faster and stare at you as if their attempt to speed through the conversation was just what the doctor ordered.  it has not been and doubt it will be in the future.  haha and i are continuing with our online spanish lessons and this trip is cementing my desire to get proficient with the language for future travels.  getting used to a different level of safety throughout our first two stops is another thing that is slowly coming around.  guatemala and central/south america in general have been tainted with lots of robberies in town after the sun goes down as well as on desserted highways.  seeing teenaged security guards with shotguns at banks takes some getting used to.  we also saw an extremely sketchy person (who was possibly a security guard but he was only there one out of four nights) loitering outside our antigua hotel one night.  later that night, somebody was violently jockeying our room door.  knocks or accidental pulls on our doorknob are one thing but it sounded like they wanted in asap.  though we never found out exactly what happened, i’m alive and blogging about it so all in all, it was just another experience of traveling.

q. next stop
a. not sure yet.  we have two days to figure it out and it could either be a 1/2, 3, 8 or a 12+ hour (possibly overnight) travel day depending on where we want to end up.  guatemala’s main highway routes circle the perimeter of the country however we’ve been trying to plan out a way to cut through the middle in order to pass through a set of cascading waterfalls that you can swim and tube on.  the speed limit on the roads to get there is something like 15km/h through gravely, mountainous terrain so we might just bite the bullet and skip it altogether.  you know those people that both want their cake and eat it too?  yup.  that’s me.

q. weirdest observation about current culture
a. they’re short which makes me taller by comparison!  it’s great to be able to look down the street and see 10, sometimes even 20 feet down though sometimes that view is obscured by the massive bags that the men are carrying on their backs or the baskets and bowls of groceries that the women so expertly balance on top of their heads.  another thing that’s very noticable are the ‘camionetas’ aka: chicken buses.  these are public transportation and stop wherever a passenger wasnt to board or unboard.  they are a fraction of what shuttles cost though the schedules are more up in the air and are generally packed to capacity and more.  large luggage goes on the roof, three to four adults will squeeze into seats that were meant for two children and what makes them stand out the most are their awesome paint jobs.  you can’t miss these flashy masses as they hurtle their way down crowded streets.  oh and if you grew up in north america, these ‘bluejay’ buses will look very familiar because, well, they’re from up north!  i overheard that when north american safety standards were raised, these buses were decomissioned in place of new ones.  i love the reasoning that if it isn’t safe enough for ‘our’ kids that we might as well ship them down south so that whole families and communities can ride them.  oh north america… SHAME.

q. one tip i would give myself if i were to come back
a. budget more time in lake atitlan so that i could spend at least 2-3 days in each town.  many of the expats that live here have visited and simply never left.  we’re making the most of our flexibility and are leaning towards extending our 4 night stay at the lake to a week but moving to an eco lodge that has no outside roads leading to it and is only accessible by boat.  day by day, lake atitlan is slowly sucking us into it’s vortex of peacefulness and beauty.

q. friends i’ve hung out with/visitors
a. on our own for now though we did run into a traveling couple from germany in panajachel after we met them while hiking pacaya volcano.

q. one random/weird/cool thing i learned about the country i’m staying in
a. the mayans discovered chocolate!  in fact, it was used as currency in the olden days and was a drink only for the upper class.  it wasn’t until the processing was streamlined that the rest of the world could enjoy it at a fraction of the cost.  also, on average, british people eat over 50x as much chocolate as the chinese.  what the christ kind of statistic is that?!

q. one new experience/memory that will stick with me
a. browsing chichicastenango market.  it is the biggest market in all of guatemala and twice a week (but moreso on sundays), locals from all over flock to this market to hawk their wares as well as pickup groceries and supplies.  the colours of the mayan textiles are amazing and it’s all can think of when i recollect my thoughts about that market.  we’ve visited numerous markets throughout asia and europe and this one was the largest by far with the locals clearly outnumbering the tourists and gringos.  an amazing experience that lent itself to tons of photo ops but unfortunately no purchases.  we’re currently formulating a plan for sending home a care package full of blankets, hammocks and other embroideries… stay tuned. q. portion of luggage that’s been the most & least useful
a. most useful: native apex boots that i picked up just for this trip.  wasn’t sure how they held up in the heat and on rough terrain or if they would even be comfortable but these babies are soft enough for a 16 hour travel day and have some pretty sticky grips for our volcano hike.  highly recommended!  least useful would be the shorts that i left back in canada as a last minute weight saving move.  with the exception of boardshorts, i have one pair to get me by until we get somewhere with water.  oops.

what to eat in panajachel: the cheap, the dirty and the rest