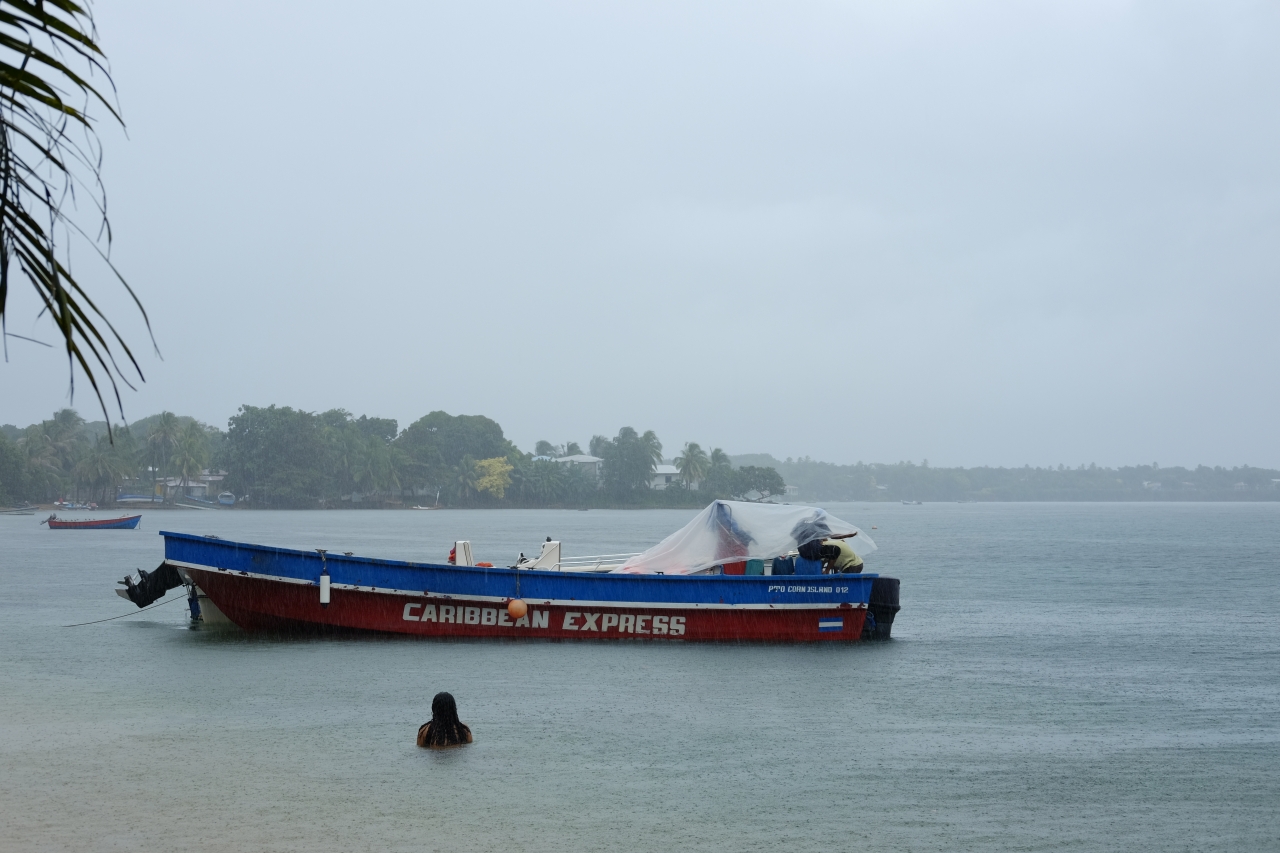 what do i like?
-the smallest island i’ve visited – roughly 1.5km in diameter, little corn is by far the smallest island i’ve been to. the selection is limited, the population is small and i would expect that everybody on the island knows everybody. the nearby island of big corn is much larger and has a larger local population whereas littlecorn is roughly 75% tourists and expats
-the beaches – warm & clear waters with fine sand around the island. this was actually the first destination in nicaragua that we booked and everything else in this trip has revolved around this one week. we’re sooo looking forward to some extended beach time!

what do i dislike?
-the commute to get here was one hell of an experience – a 2 hour shuttle ride from leon lead into a 90 minute layover at managua airport. we boarded an hour long ride on a prop plane from managua to big corn island which then saw us wait nearly two hours for a panga (speedboat ferry) ride to little corn. our ride was supposed to leave at 430pm but by 5pm we hadn’t had any sign that we were going to be leaving. at that point, a bull walked off a nearby pier and we were treated to a mortifying show of the bull slowly succumbing to death by drowning, directly in front of our boat. some members of our ferry jumped off to help the locals attempt to save the bull by pulling it to shore but it was simply in the water for too long. after a series of violent convulsions, the bull was pulled ashore and was motionless. while the members of our boat were speechless, our captain finally showed up 45 minutes late, still dressed in his soccer outfit nonetheless. he collected everyone’s fare, tossed his muddy cleats into the boat and were off. off to hell, that is. the next 30 minutes was the most violent 30 minutes i’ve ever spent in water. this includes my near drowning incident when i touched the bottom of the deep end in a pool which permanently scarred me for life. oh, this ride was far worse. we would drop 5+ feet after blasting over rocky waves thanks to the afternoon winds bringing in the rougher waters. earlier this year, 16 costa ricans died on a capsized ferry on this route as well so the track record isn’t exactly flawless. every few seconds, the collective breaths of the passengers were held when we dropped from a peaking wave before the boat slammed back into the water. i even saw one of the crew get jolted off of his feet and he slammed himself 90 degrees into the hull of the boat. after getting completely soaked within the first 2 minutes of the ride, we were given a giant tarp to fold over the whole ship. i personally think that it was more of a distraction than protection from the water. my theory is that if we were concentrating on holding this tarp, we’d be paying less attention to the shitshow that was unfolding in front of us. in the end, we made it and smiles were shared all around. it wasn’t the longest travel day i’ve had but definitely one of the more memorable ones. paradise can be a bitch to get to, apparently.

-rain, rain & more rain – we’ve been amazingly fortunate for the last month in that we’ve hardly come across any rain during our travels. our luck has finally run out and it has been coming down consistently over our first 24 hours in this island. we’re here for 6 nights so hopefully we’ll be able to experience a little bit of paradise at some point

what do i like/dislike about the new accomodations?
-small and quaint with 8 rooms, we are situated outside of town and have a small plot of beach to ourselves. the hotel had recently just finished building an outdoor yoga studio and a restaurant which has come in very handy for this extremely rainy day.

biggest adjustments from the previous stop?
-we were completely spoiled in leon. our accomodations had everything we wanted and the weather was hot, almost unbearably in some occasions. it’s been raining almost non-stop since we arrived on little corn which means we’ve been taking refuge in the hotel and not venturing out to town just yet. the food at the hotel has been passable though not particularly cheap. i miss having a city to roam around in but i’m sure i’ll forget all about that once the sun is out and we’re camped out on a beach.

what was our first meal?
-pan fried fish with rice. the seafood and curry diet is starting now that we’re on an island that’s 70km off the coast of the mainland. lobster is ‘the’ thing to eat here which means that i’m going to enjoy as many meals as i can before i get sick from something that’s been cross-contaminated.

overall impressions?
well, we haven’t seen anything except this hotel so far and the weather has downright sucked so i feel like it would be wrong to have a positive impression of little corn island so far. it was a nice change of pace to have woken up late (8am) and sit around on a covered deck and update our travel diary with the rain coming down.