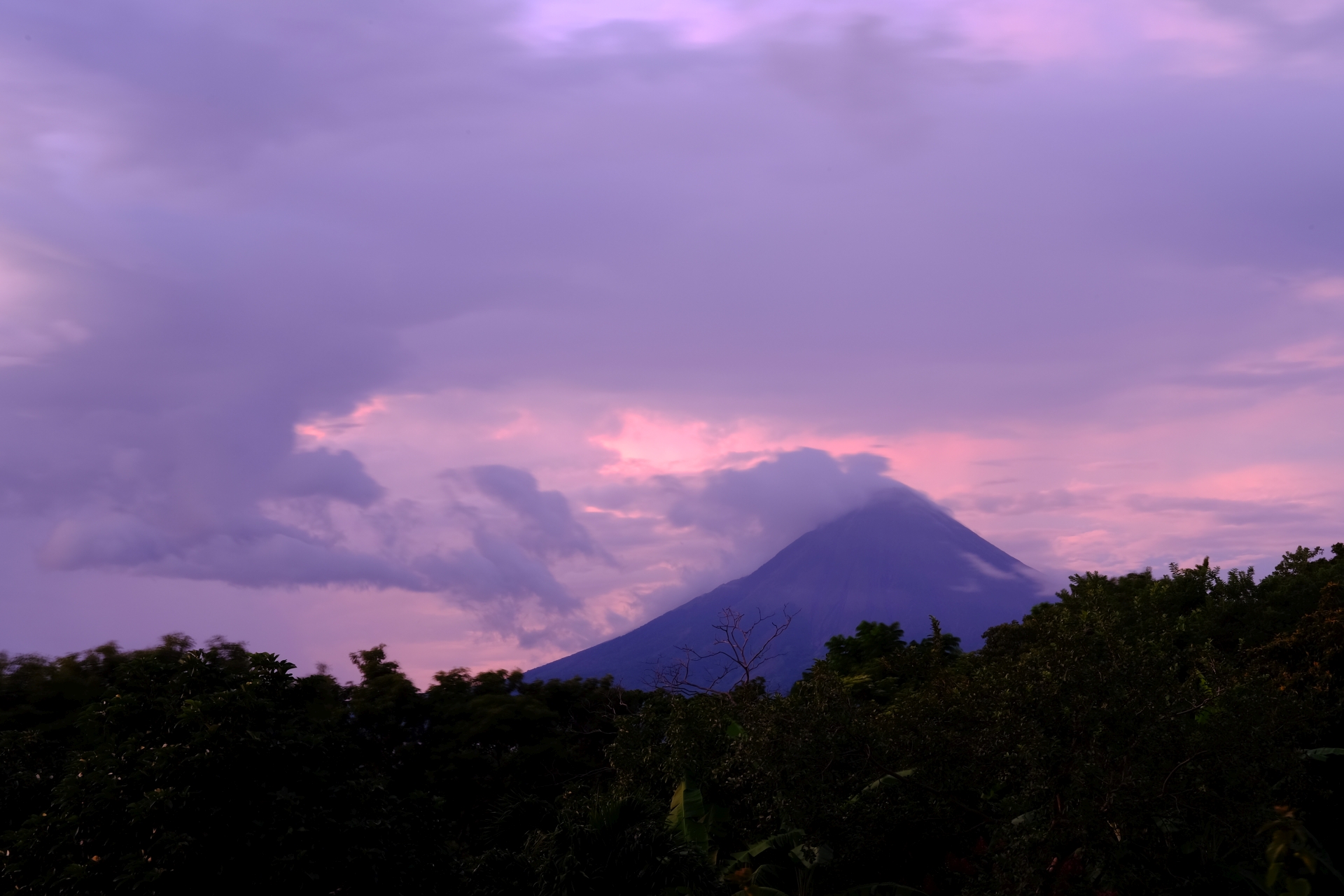 *this update is more than a week late thanks to brutally inconsistent wifi.  almost every one of our stays have had horrendous wifi which has made blogging challenging.  on top of that, the wifi card in my computer just decided to take early retirement and with no computers stores remotely close to us, we unplugged and decided to cruise for the last week or so.

jojo:
what do i like?
-i love the community vibe here – the island is an insulated community thanks to having only two access points that ferries dock at so the majority of people know each other.
-warmer locals – i’m seeing a lot more smiles from kids to older farmers.
-cooler and less humid temperatures than on the mainland in granada
-staring at volcanos reminds me a lot of lake atitlan in guatemala which is the first stop that i fell in love with in central america. being in the presence of something like a volcano is just something that brings a smile to my face; it has the capacity to wipe a city out in an instant yet it was also what gave birth to the landmass 23,000 years.

what do i dislike?
-everything is more expensive on the island. gas is more expensive and cars are in short supply therefore taxi fares are more or less set in stone. we had to pay 700 cordobas ($35cad) for a one hour taxi ride to our hotel from the pier however our one hour ferry ride over was only 100c ($5cad). the food has been palatable but isn’t anything to write home about yet breakfast is in the $5usd range, lunches $10usd and dinners $8usd. this is for relatively average western fare which would translate to slightly higher than denny’s quality. our daily spend here has actually been blown out of the water when factoring in transit to & from here. nicaragua is more expensive than i originally thought.
-everything is priced in usd – this translates to things being rounded up and costing just that little bit more
-variable road conditions – that might sound like a weather forecast but i can assure you it’s true. the paved roads are actually bricks and the east side of the island (the more remote side) is made up of mostly dirt roads with not just potholes but also trenches filled with running water. i could hear our taxi’s suspension screaming for the beating to stop on our drive to our hotel.

what do i like/dislike about the new accomodations?
-we’re on the quieter side of the island up a partially paved hill which has allowed us the quietest sleep we’ve had in weeks. no vehicles, no barking dogs, no galloping horses, no salsa parties and no volcanic eruptions. we’ve also continued our streak of having more beds than we know what to do with. we asked for a standard room and ended up with three beds yet again.
-it would be nice to be on the water as opposed to elevated on a hill however having driven by the hostel with a concrete pier (hacienda merida) and comparing it to our infinity pool that stares at the sunset, i’m pretty content with where we are.

biggest adjustments from the previous stop?
-ometepe’s endearing qualities are quite different from that of granada’s. there is no architecture to speak of, one road that runs around the perimeter of the island and lots of poverty however with much less envious eyes than those of granada. you can see the warmth in the eyes of children, complete families are walking down the road as a group, soccer is being played on muddy fields and animals (horses, cows, chickens, pigs & goats) run wild, even blocking traffic sometimes. it reminds me so much of albania and the philippines and i think i have a soft spot in my heart for places this rustic.

what was our first meal?
-chicken fillet and vegetables. i was a little shocked to see that our dinner options were: spaghetti w/ marinara sauce, chicken fillet, fish tacos & something else forgetable. for the record, nica food is NOT mexican food. authentic nica food has very little spice to it so all four items on the menu are essentially gringo-fare. i wasn’t particularly stoked on that although i will admit that my chicken fillet was the best piece of chicken i’ve had this trip along with the second best serving of vegetables i’ve had.

overall impressions?
i quite like ometepe thus far. we’re in an ecosystem fueled by volcanic activity and there are so many colourful birds, insects and plants to gaze upon. while the water on the shores isn’t as nice as i had hoped, we did visit a volcanic spring to get a swim in. i think it would be nice to stay a few days in various parts of the island in order to compare them against each other. it does feel a little remote being out in this area but that kinda is our cup of tea. after just one night here we’ve already decided that we’re going to stop by two more water destinations next week before heading inland to leon. yay for water!

haha:
what do i like?
Ometepe is very different from the city. People here seem more laidback and friendlier. No one is trying to sell us anything. Lots of horses, cows, pigs and chickens running around freely all over the place.

what do i dislike?
There are infrequent buses providing transportation around the island. Fastest transportation is by taxi and we were only able to negotiate the price down to $25USD. We felt bad at first by the high cost until we realized how far we had to go, especially when we hit the bumpy dirt road in the last 20 minutes of the ride.

what do i like/dislike about the new accommodations?
Love the infinite pool! I only got to use it on the first day though. After the first day, thundershowers kinda stopped me from jumping in the pool. The staff here are very nice, especially Horatio who seem to be one of the most laidback person I’ve met on this trip.

biggest adjustments from the previous stop?
All my clothes are in a constant state of dampness. Either from sweat, from being rained on or from the humidity preventing anything from drying completely.

what was our first meal?
Spaghetti marinara. Nothing to write home about at all.

overall impressions?
Sunsets here are beautiful and fireflies come out at dusk. Very idyllic here. The first night there were only ourselves and a Dutch family with two young girls.