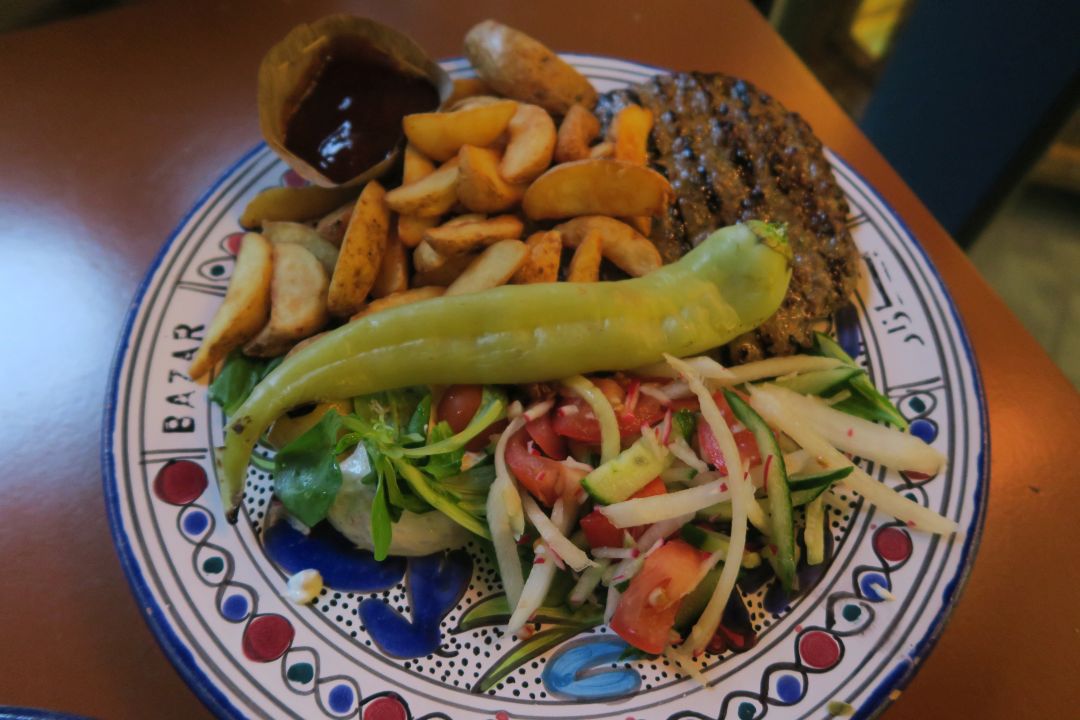 juices from albert heijn
3 euros for fresh juices, our favourites were the orange & kiwi and apple, pear & raspberry.  it must seem ridiculous that we’re listing this as one of favourite indulgences in the netherlands but finding good, fresh juices in europe for less than the price of a firstborn isn’t as easy as you’d think.  for a long stretch in eastern europe, ‘fresh’ orange juice came out of cartons with the consistency of sunny delight tasted like a sugar cube.  we haven’t even seen kiwifruit in most markets until we ventured to western europe (oddly enough, italy and france are two of the world’s largest kiwi producers behind china) stroopwafel
a thin waffel filled with a caramel syrup in the middle.  they’re quite popular throughout the netherlands are kind of a mix between a sweet dessert and a waffle/cookie.  the syrup is quite sweet and it’s handy to have a drink with you since it has as much moisture as bark mulch

we love our markets and we were loving rotterdam since there is one mega complex that was recently completed in 2014 in the center of the city called markethal which translates to, well, market hall (duh).  at 178 million euros, markethal was a massive project and it is equally as impressive from the inside as the outside.  11 floors, apartments, a parking garage, food stands and grocery stores fill the space in the building

the interior of the building features a gigantic, 11,000 square meter mural that was printed onto 4,000 aluminum panels.  even more amazing to the nerd in me is that the file size of the image is 1.47 terabytes large.  it is one of the largest pieces of artwork in the world.  another one of those things that we had no idea the city had until we already booked our trip here.

the food stalls feature everything from turkish fare to surinamese food to bubble tea to spanish tapas to burgers to craft beer and of course, the infamous pickled herring of the netherlands.  we found ourselves visiting markethal repeatedly over our week in rotterdam even for groceries as there was an asian market that stocked everything that we’re used to finding back at home.

a few kms south of markethal and on a much smaller scale is the fenix food factory.  it is warehouse opened by seven food entrepreneurs that serves up fresh baked goods, cured meats, cheese, bbq and middle eastern fare in a casual environment.  the backside of the building overlooks the water and is a great place to sit in the sun.  kaapse brouwers brewery is the local watering hole and they have over 20 beers on tap, many of which are brewed onsite.

the witte district also has no shortage of eateries with patios to match.  we had one meal at restaurant bazar to get our north african/middle eastern food fix

like markethal, we found ourselves walking through witte repeatedly (it probably helps that rotterdam isn’t that large) so we also got our hamburger fix on at ‘hamburg’.

one of our last meals in the city was at little v.  there were dozens of vietnamese restaurants to pick from and we happened to walk by little v once before and their huge sidewalk seating and modern interior caught our eye.  one of the most modern vietnamese restaurants i’ve ever been inside; the wait staff all looked like they were western gunslingers who worked part time at barbershops as opposed to a restaurant.  the food was good, service was fast and ambience really well put together

i also happened upon this hidden bar/patio/restaurant as i was on a solo street art crawl which looked like a perfect place to soak up some afternoon sun but by the time we went back, the afterwork crowd was in full effect.

we felt we had a great selection of eateries in rotterdam thanks to the multicultural makeup of the city.  it was a nice change from our previous stops.