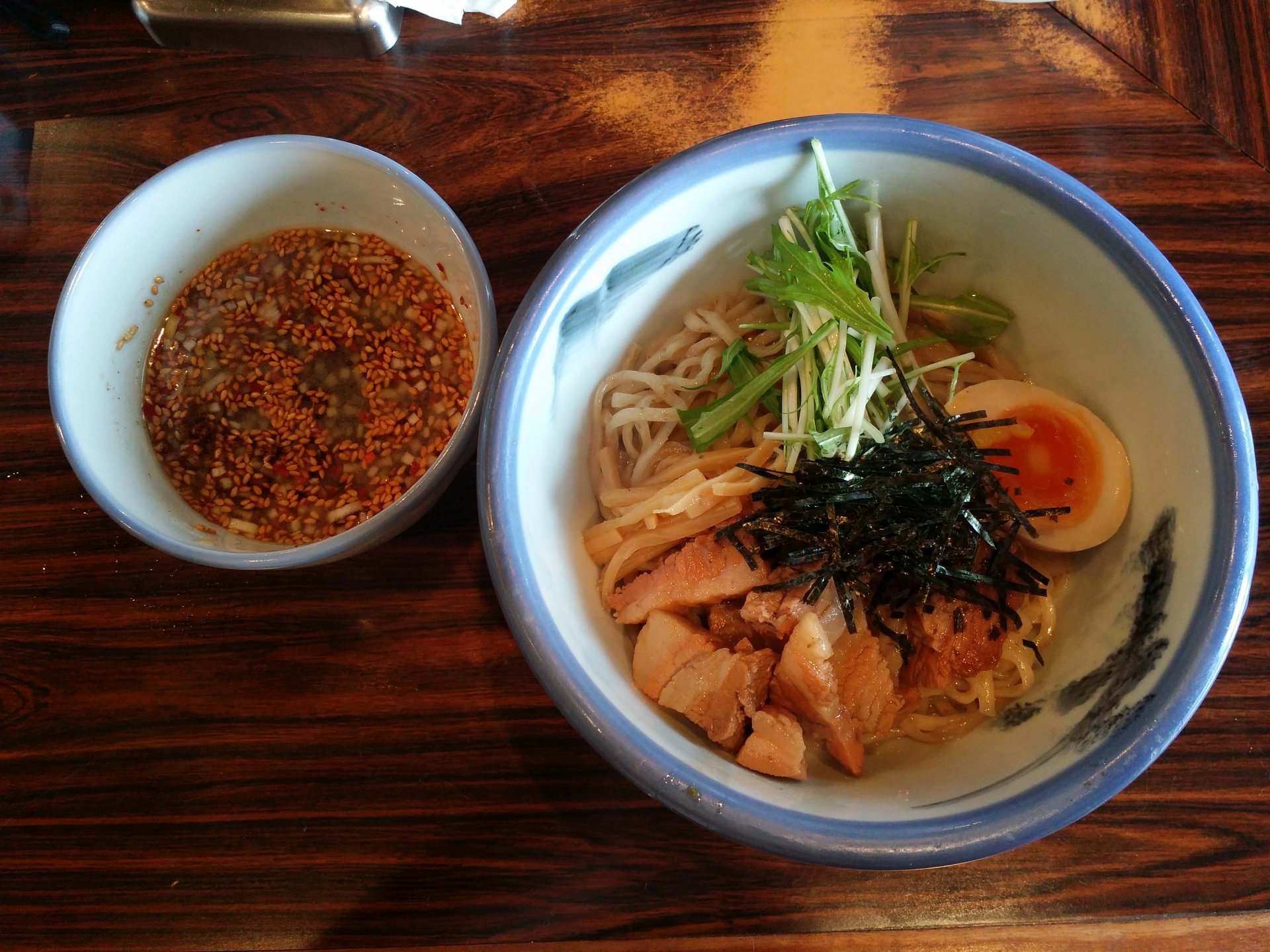 afuri ramen is another popular chain in tokyo and has been on our hit list thanks to a visit to the harajuku branch four years ago.  i’d say that their callings are:
-their broth is chicken based so it’s noticeably lighter
-the chasiu is grilled fresh as your bowl is prepared
-their signature broths are flavoured with yuzu for a refreshing citrus taste

four years ago, miso tonkotsu broth was my go to.  heavy, fatty soups with the salty hit from the miso to boot.  i remember ordering the shio ramen from afuri and i drank it down to the very last drop.  i don’t recall much from that time but i think it may have been one of my first chicken broth ramens, the first one being less than memorable.  the fresh seared pork from afuri gives their broth a slightly smokier flavour and it balances off well with the light soup.

so we had all this time to think about how good our first meal had tasted.  we had already spent a week in tokyo with plenty of ramen in our bellies by this point.  after moving to our new airbnb in harajuku, afuri was on our way to the jr station so we stopped in for lunch.

the lineup was about 10 people deep but it moved along very fast; this branch can accomodate almost 20 people and the turnover is quick.  haha loves her clear broths so she ordered the shio.

i went with the yuzu tsukemen which was served with thicker noodles and your choice to have them hot or cold.

do you know when you have all that time to think about something and then it doesn’t live up to the expectations?  yeah… this was anything but that.  this broth was perfect as the weather was warming up.  i love my noodles with more texture and the dipping broth of sesame, fried ginger, pepper and yuzu are so refreshing.  very unlike most ramen where you feel like you’re ingesting a mountain of warm calories in a sauna (not that i have anything against eating in saunas).

the pork is slightly different in the tsukemen as well as it being served at room temperature and no grilling so you get more of a chewy consistency like the pork cold cut dishes in chinese cuisine; complete with the strips of fat and skin.  the pork holds together well as you’re shredding with your chopsticks or even biting through it.

when you’re finished with your noodles, flag someone down to ask for soup-wari and you get a small sake pitcher filled with soup stock to pour into your noodles.  i was already perfectly content with my meal but this was the icing on the cake.  the flavours of the tsukemen are so intense with how little liquid is in the broth and the soup base lets you enjoy it in a more milder way.

i had built up the memory of afuri tenfold and was holding off from coming back as we had other eateries on our tokyo hit list but it lived up to my hype and more.  super happy and i’d definitely recommend others to check it out.  they have multiple branches scattered throughout the southern area of the city so you’re never too far from one.