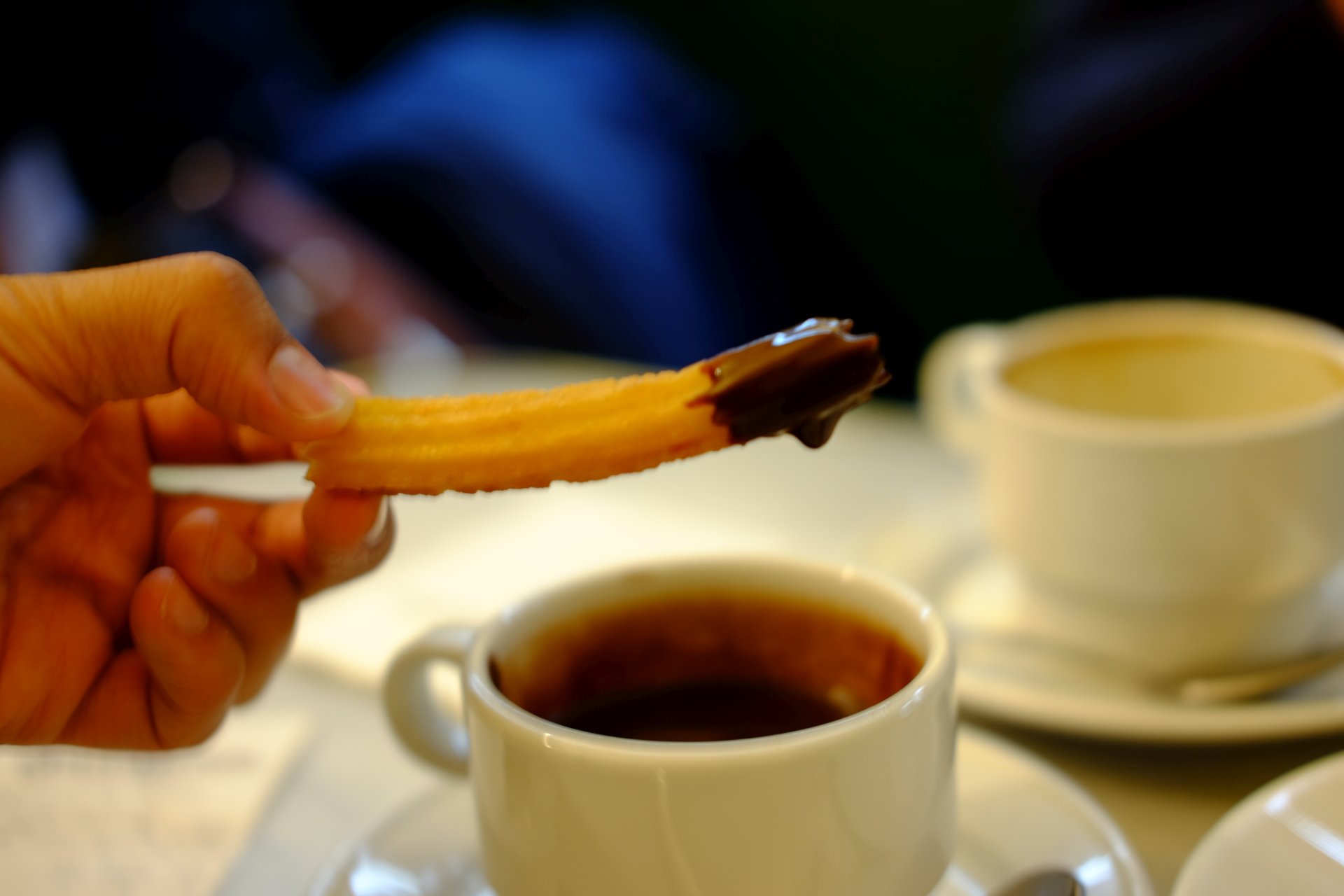 we spent a week saying no to churros in korea, of all places, and set foot to try out this local dish

so the last time i’ve had a churro was at taco bell about 20 years ago, a far cry from anything legitimately spanish.  a lot has changed since then… churros have gone designer and now you can get them coasted, stuffed and dipped in almost any type of sugar mixture you can think of.  well the original version is simple… deep fried dough, in your choice of thick or thin churros, served with a cup of hot chocolate.  literally, a cup of thick, molten chocolate.  it was awesome!

i’m not sure if you were ‘supposed’ to but i’ve heard that some people would drink the leftover chocolate from the mug before it thickened up too much.  i attempted this with two spoonfuls and i could already feel my pupils dilate.  with 5 tacos and churros swimming around my stomach, i opted against finishing the rest.