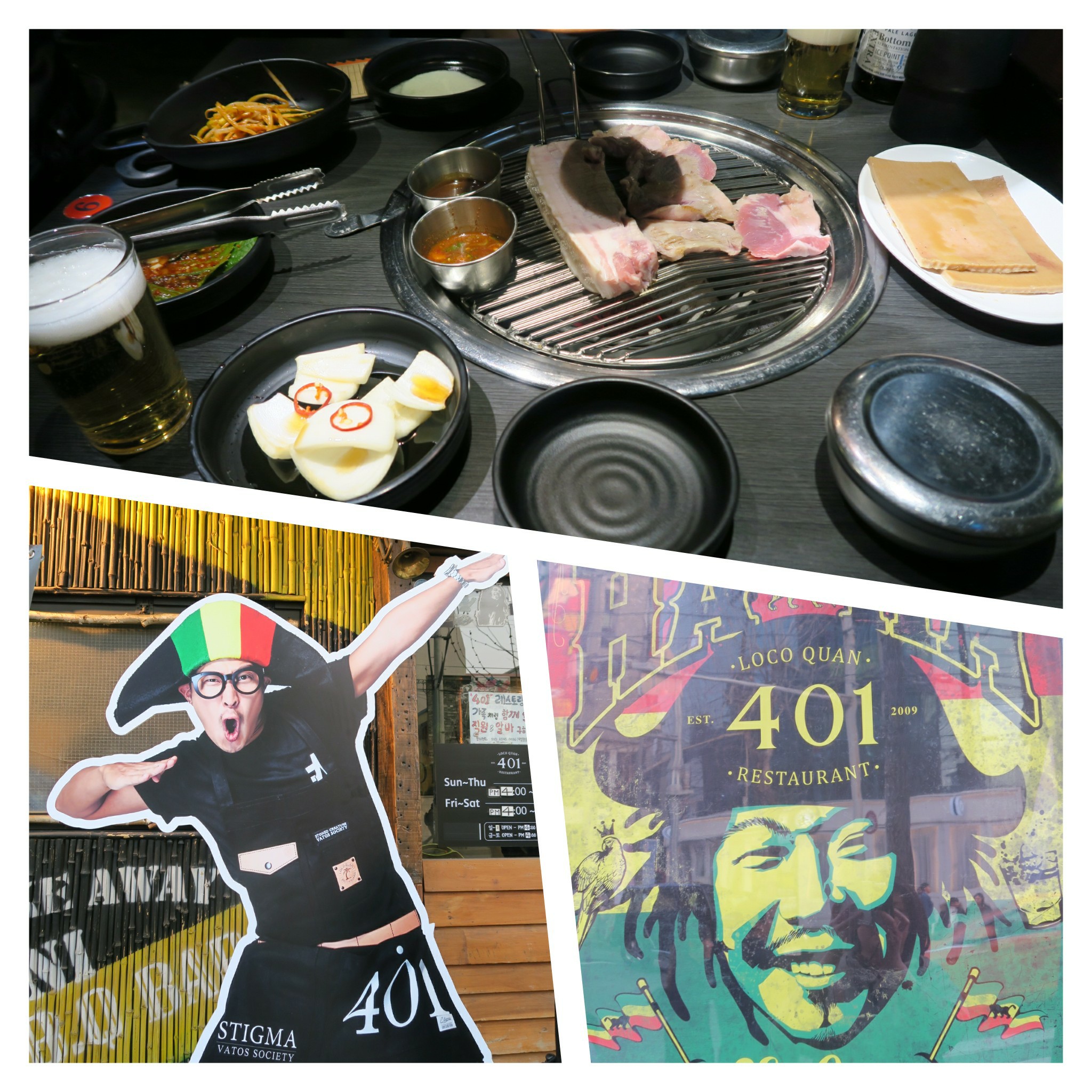 The Koreans definitely take their bbq seriously. There’s a lot of bbq joints around town. We chose two of the more well known ones from the blogsphere.

Loco Quan 401 in Hongdae is owned by Running Man’s Haha. Since he shares my nickname, I figured we must try it out. Also, the restaurant serves Jeju black pork. There’s a bit of a wait since it’s likely very popular with locals and tourists due to Haha’s popularity. It’s interesting to note the amount of celebrity ownership and endorsement there is in Seoul compared to other places. Remember Planet Hollywood anyone? 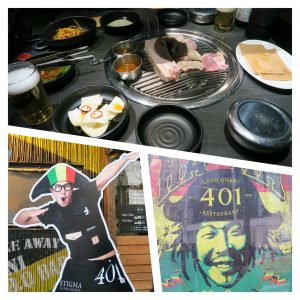 Haha loves Bob Marley so the restaurant has Caribbean decor. The staff was mainly young guys so service is decent but not super on point. They perfected the art of never catching your eye so they never have to acknowledge you.

We ordered the pork belly, pork cheek and pork skin. The pork skin came in large pieces so when it arrived at our table I didn’t know what to make of it. The meat was good, nice and juicy. The pork skin was chewy and did not crisp up as we thought it would. I wish they had served lettuce to wrap the meat but the kimchi perilla leaves was a nice substitute.

The second place we went to is a popular chain restaurant called Saemaul Sikdang. We went to the one located in Gangnam.

Sidenote: I was not impressed by Gangnam. Maybe cuz I’m not interested in plastic surgery, beauty products or flashy retail stores. Some of the restaurants looked interesting but the lack of prices on menus scared me away. I was expecting the so called Hollywood Boulevard of Seoul to have a lot more stores and cover a larger area. I think travel has spoiled me a bit and I have become less impressed with things in general or I’m just getting old and curmudgeonly. 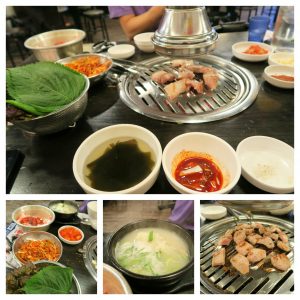 Back to meat…we ordered pork belly, pork neck and the spicy thin pork. This time we got lots of fixings to eat with the meat. We found our favourite cut of meat, we like our pork fatty. Well, that’s not really surprising, any meat with lots of marbling is bound to be good.  The Japanese call it pork tontoro and we call it delicious.

We were seated next to a mother and daughter couple who were super high maintenance. They complained when the smoke from our bbq blew their way or when the grease splattered on the daughter’s shirt. I wanted to say to them that shit like that happen at a bbq restaurant. If they didn’t want to smell of food, go to a vegan salad bar.

Seoul Chicken: the Good the Bad and the Crispy

One thought on “Porky Goodness”