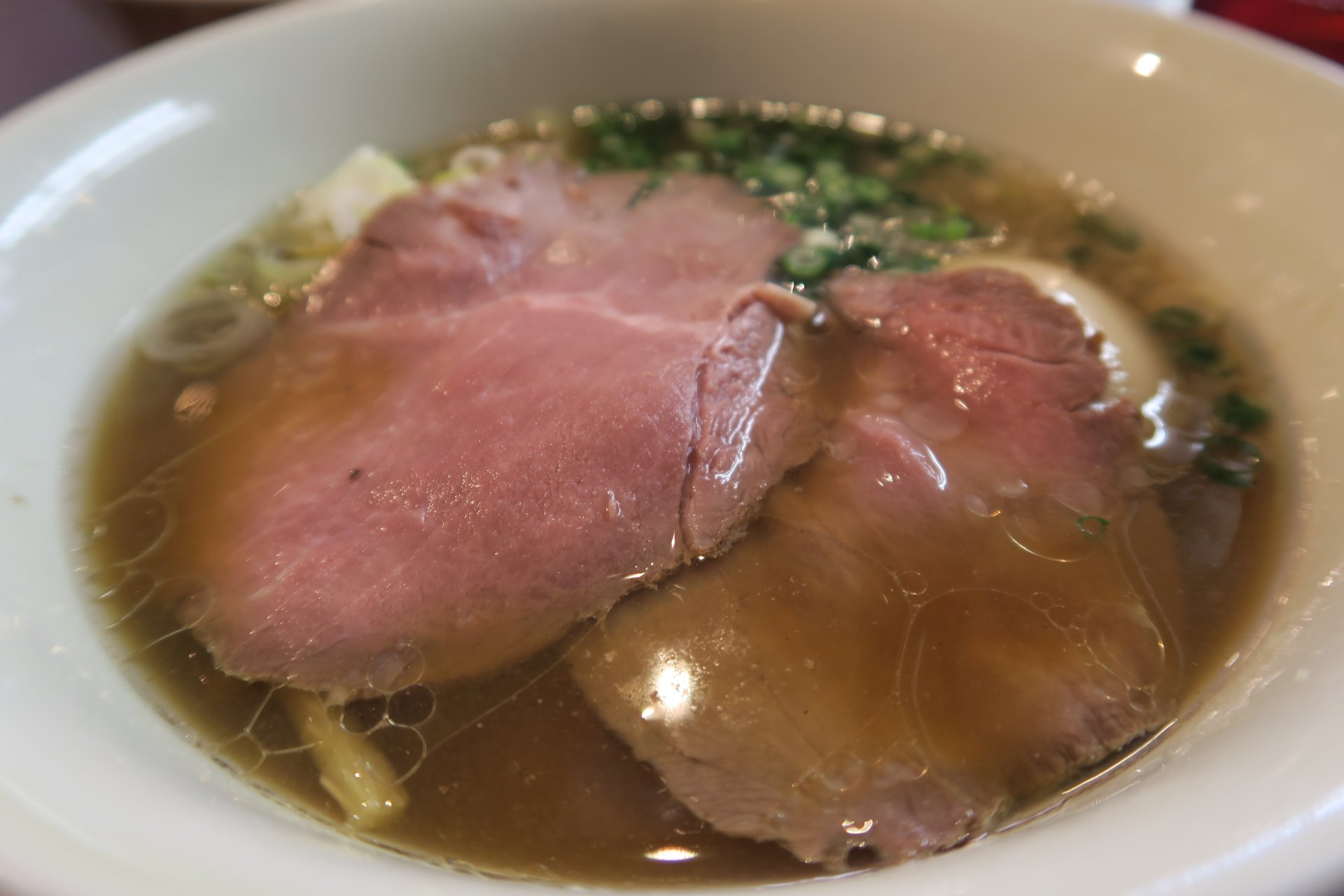 while compiling our eat list for tokyo i came across countless blogs that rambled off their top 3, 5 & 10 shops for ramen.  some places specialize in a very small number of styles but the majority have at least shio, shoyu and miso to choose from; each being quite different from each other.  i came upon a writer who broke his extensive list down into categories such as shio, tonkotsu, chicken, tsukemen and so forth.  each category had a few of his recommended hits and all by it’s lonesome in the beef broth category was matador.

beef broth?  in ramen?  i had no idea this existed.  the taiwanese have beef noodle soup.  the viets have pho.  apparently beef ramen isn’t that rare however to do it well is quite a task.  beef has a tendency to be heavier in flavour as well as sweeter so the balance is a hard one to tackle.  i had to find out what this was all about. gyokotsu matador isn’t just a gimmick.  they entered the ramen scene in 2012 and instantly won praise for their creations.  in four years of service they are still located in a quiet street on the outskirts of the tokyo core in kita senju.  we went twice (after our first visit here we already decided that this was going to be one of our farewell meals for tokyo) their humble 8 seater storefront has a constant flow of traffic.  they have a no cell phone rule on their counters and it keeps the atmosphere casual and relaxed; a sharp contrast to some other ramen shops that are all hustle & bustle.

the streets are so narrow and they’re so used to a lineup that they’ve roped off an area for patrons to stay out of harms way.  we normally would get shio broth but with shoyu being their recommended bowl for first-time visitors (by way of being the first choice in the top left corner of the ticket machine), we placed our trust in them.

on this day they had an apprentice from utah who had come to japan solely to learn how to make ramen.  it was his second day on shift and he was bouncing back and forth in their small kitchen, chilling their vats of broth and clearing them out of the mountain of bones.  by the following week he was zipping around at quadruple pace; garnishing the poured bowls of ramen and serving the customers.

finally our ramen arrives.  it looks absolutely bizarre to see two thinly cut slabs of beef floating on top of your noodles after the countless pieces of chasiu and kakuni that the other 99.9% of restaurants serve up.  to complement the beef you get your soft boiled egg, finely chopped green onions, rings of leek, minced garlic and buried under all of that is an ice-cream sized scoop of sweet, minced, braised beef bits.

now my disclaimer.  i generally prefer my ramen to have:
-a heavy, salty broth
-thick, chewy noodles
-fatty pork
-spice
and i tend to stay far away from shoyu as soy flavour just doesn’t do it for me.

this bowl had no matches to my ramen dating checklist and yet it may have been one of the best bowls i’ve ever had, quite possibly THE best.  on our second visit we tried the shio and shoyu side by side and being able to go back and forth between the two highlighted just how amazing the shoyu broth was.  you could taste all the different layers of flavour, not just the different components of the broth.  i realize how stupid that sounds but i’m having a hard time putting it into words.  on that note, all i can say is that if you (or i) are ever in tokyo, give this one a try.  at the very least, you’ll have given a chance to an outlier of the ramen scene.  i don’t think i need to elaborate further on the potential upside.

who knows, maybe that trainee from utah will be bringing this authentic recipe to our side of the pond one day…