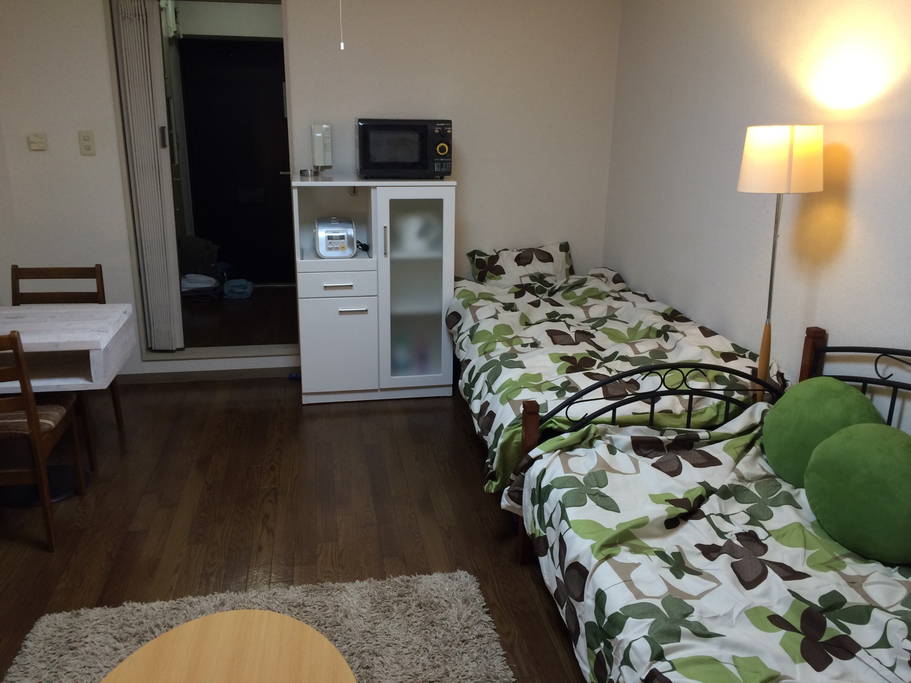 q. current home/addy where i stayed (neighbourhood) and how long
a. sapporo (university district) for 1 week, extended to 11 nights

q. favourite meal
a. crisp tonkatsu with equally crispy cabbage and three kinds of rice.  dericious.  even more dericious when you can eat three bowls of rice and not have to think twice about keeping your meat to rice ratio in check.

q. most memorable moment / best highlight
a. my first onsen experience.  we picked a pretty traditional onsen to visit (hoheikyo in jozankei) and apart from hanging out (no pun intended) with other fully naked men, it was amazingly relaxing.  the view while sitting in a natural hotspring within a snow covered valley, blue skies and watching the clouds zip past all the hilltops is one i’ll remember forever.  the icing on the cake is that they also serve traditional indian food with a real naan oven; we pigged out and ate before and after and enjoyed every orange bite.

q. greatest challenge
a. i’ve been spending gobs of time on the buses this week (2 hours to the onsen, 4 hours to rusutsu, 3 hours to kokusai, 2 hours to kiroro) and it’s a lot to sit through even with nothing on my schedule.  fully packed busses with bad suspension and sometimes being in wet clothes makes for a really long ride.

q. what i miss most from home
a. my car or more appropriately, a schedule that isn’t dictated by public transit.  i really like the subway system in japan and wouldn’t necessarily want a car to drive on  these roads (especially these death trap drives up and down the mountains) but it would be nice to have the flexibility of calling a day whenever you want and not having to kill time waiting for buses.  the great thing is that there is a shuttle bus for virtually everything you want to do (and free) but you’re a slave to their schedules

q. next stop
a. flying into tokyo next wednesday

q. weirdest observation about current culture
a. the lack of leafy green vegetables and how hard it is to avoid high sodium meals.  i guess i never thought about it beforehand because i tend to indulge on short trips and cleanup my eating (relatively speaking) once i get home.  it’s been hard to find full on dishes of vegetables like we do in chinese cooking.  this week has been a great changeup since this is the first usable kitchen that we have taken advantage of and have had half our meals at home.

q. one tip i would give myself if i were to come back
a. since this is our third stop in sapporo over five weeks, i think i’m ok for tips lol

q. friends i’ve hung out with/visitors
a. met a kiwi (who was travelling solo) on my furano daytrip two weeks ago and we metup again in sapporo before he flew out.  managed to get out to kokusai and kiroro to round out the riding this trip and had two great days.

q. one random/weird/cool thing i learned about the country i’m staying in
a. i think i’m turning japanese.  when i first got here, i would only get spoken to in englis.  i’ve picked up very little japanese in the weeks since my arrival; the only change would be my dirty raccoon tan (which marsha has called me out for contouring) from snowboarding and now i’m constantly having to explain that i’m a stupid gaijin and don’t understand japanese.  i guess it’s cool that i’m not being mistaken for a disgusting mainland chinese tourist but i’m starting to wish people would just speak english to me again.

q. one new experience/memory that will stick with me
a. the snowfall.  it’s amazingly consistent, no wonder hokkaido has been a growing hotspot for travelling riders over the last decade.  i can count three days over the last five weeks that did not get any snow; two were bluebird days and one was a rainstorm.  given how severe the rainstorm was, it took less than a week for the mountains to fully recover from it, something that would have taken weeks back at home (whistler might have gotten away with 1-2 weeks).  i hadn’t been to rusutsu for three weeks and even after the rainstorm, there was more than another meter added to the snowpack.  mind boggling snowfall for what the locals have been rating as a slow year.  hokkaido in jan-feb.  book it now.

q. portion of luggage that’s been the most & least useful
a. not necessarily luggage but google maps has been awesome.  it was downright useless in asahikawa (as tripadvisor, tablog and gurunavi were as well *shakes fist*) but it’s been really easy to find our destinations in sapporo.  with the amount of snow on the roads, the less time we spend slogging through the winter elements, the warmer we stay.  couldn’t live without it over here.