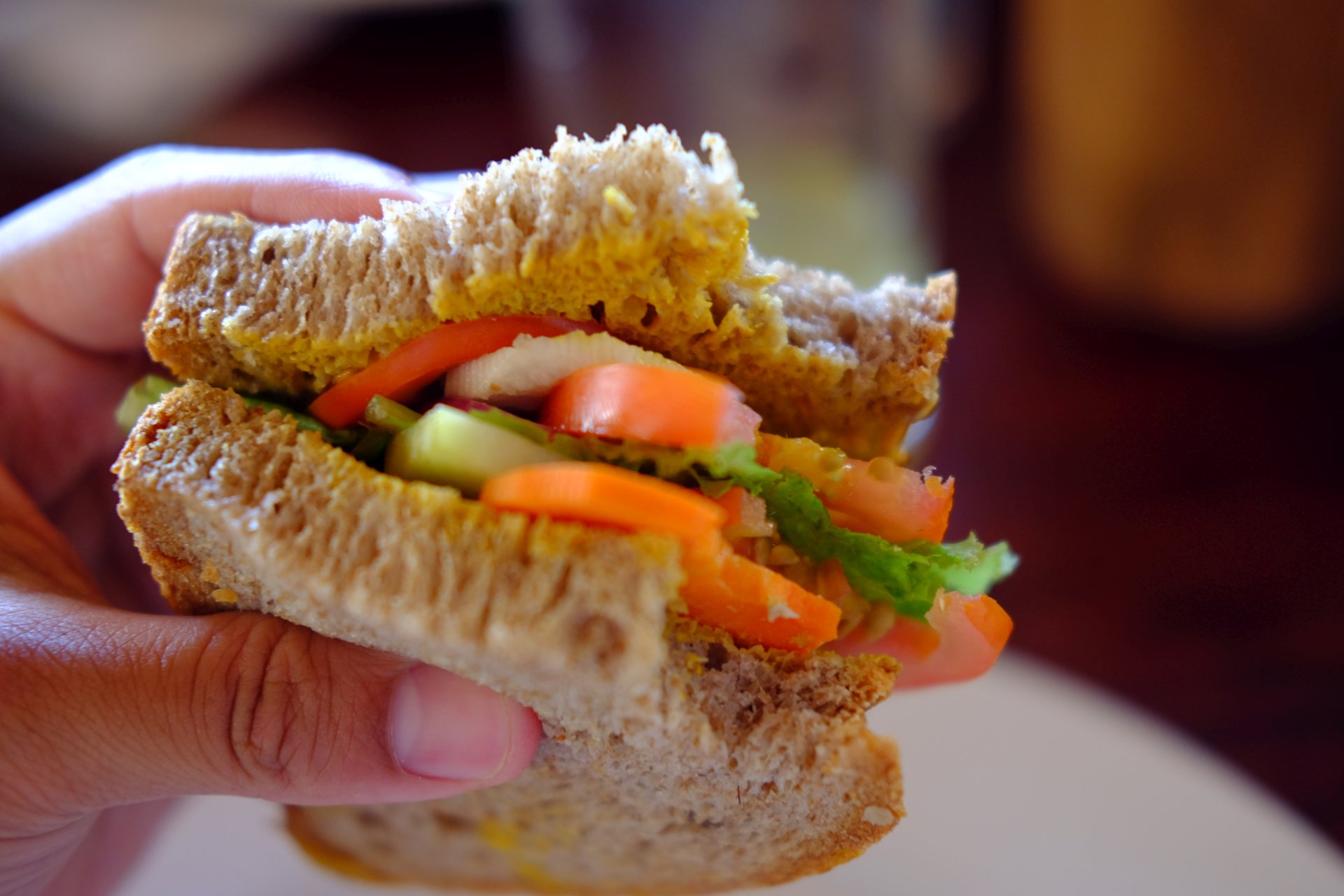 well the first few months of this trip has seen a pretty vicious intake of fatty pork.  i was originally thinking about just the philippines and korea but then i remembered that we also had our share of braised pork in taiwan as well as all the kakuni and chasiu served up with our ramen in japan.

thankfully (and unthankfully at the same time) half of our travel squad are female and we’ve had chances to balance out our crappy diet with some greens.  el nido is a relatively small town and while there are lots of places that serve up local fare, all of the foreign food is usually of the same type; either italian or burger/pizza-like.  the art cafe is a small cafe that grows their own veggies, touting themselves as fully ‘organic’.  i’m not calling them out for being liars but seriously, we’re in a town that’s a brutal five hour drive away from a major airport… how many non-organic items are you realistically going to see anyways?!

anyways, everybody ordered salads for lunch and i made a rash decision and ordered up a veggie sandwich.  for some reason i was expecting it to come toasted with cheese slathered on top and maybe a chunk of bacon or even some dressing.  instead, i got cardboard with mustard with plenty of dense, dry, ‘organic’ veggies.  carrots, daikon, cucumber, tomato, onions and lettuce.  it was terrible.  i felt like i was eating half of an ikea cupboard except who would be stupid enough to put mustard on a cupboard?

i actually managed to will myself to finish the whole thing at a slow enough pace to not pass out from choking but this was maybe my worst eating experience since that bowl of faux pho in tokyo.  i want to say ‘never again’ but if my current pace of reckless ordering continues, guilt will probably overcome me once again.  until then, ikea furniture can live on without the fear of being hunted.