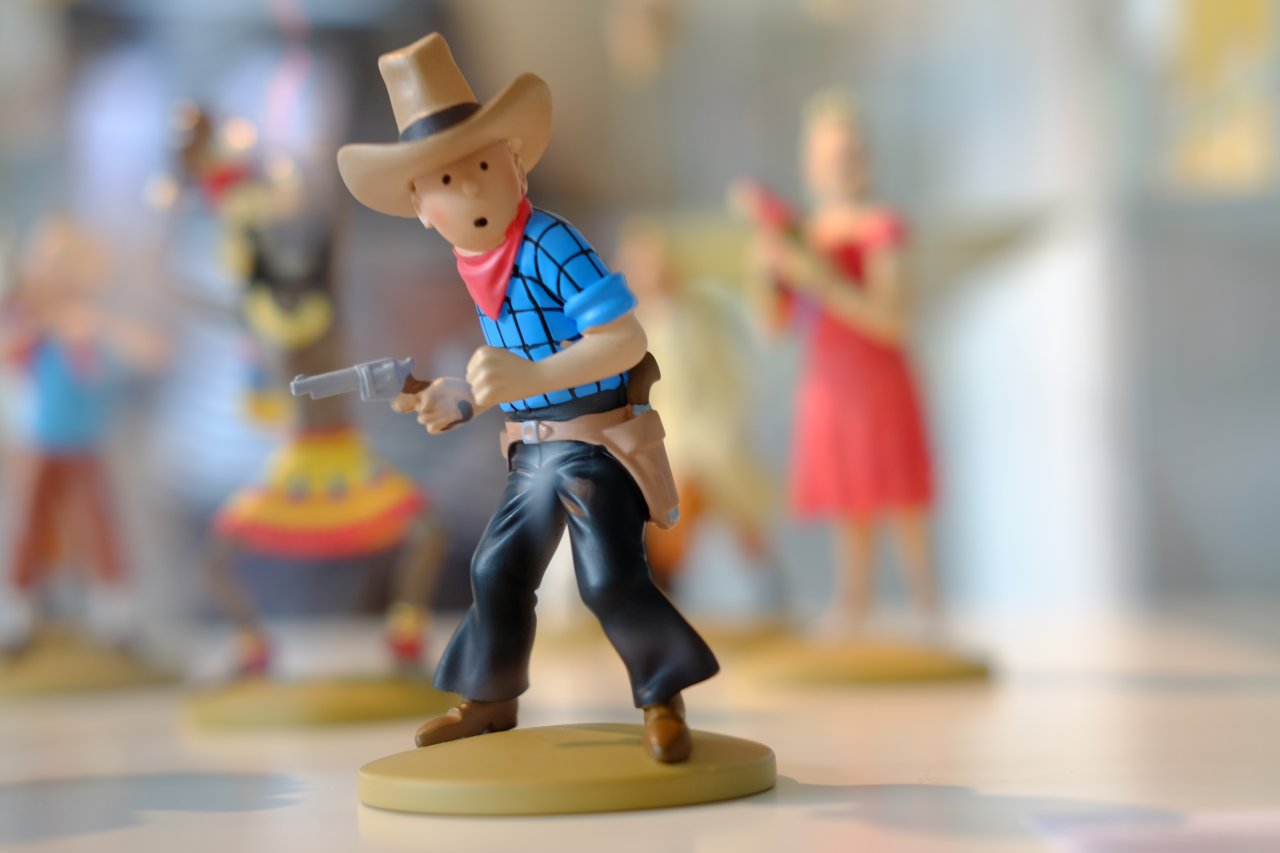 i don’t know how many museums we had been to by this point in our trip but that didnt stop me from planning out a day to visit musee herge once we got into brussels.  on our previous trip to france i was heartbroken when i found out that this museum was in belgium and was a pretty far daytrip from paris.  so for the last two years i’ve been patiently waiting, brooding and biding my time until we came back to the area 🙂

we were in brussels over a weekend and normally i would have opted to skip going on a sunday since it would likely be a busy day.  with the museum closing on mondays that only left tuesday as a final day to visit and knowing my luck, lighting or hell would have rained down that day and stopped us dead in our tracks so we opted for the sunday visit.  a one hour train ride took us to the university town of louvain la nouve (which was really confusing for me at first since google maps was mapping out a tintin store IN brussels as the destination) and the museum was only a few minutes walk from the station.

an awesome perk about brussels is that many museums offer free admission on the first sunday of every month.  musee herge is one of those so we saved 20 euros by fluke, which went straight to our waffle/chocolate fund.  the museum was very modern, not busy, quiet and was extremely well laid out not to mention had outstanding content detailing the years of herge.

the museum did have a rule of no pictures being allowed in the exhibit rooms and it was odd to see that rule actually be respected unlike many others that we’ve been to.  perhaps it was the demographic of the visitors as many were adults, the kids brought along as taglongs to somewhere ‘they should enjoy’.  it almost felt as if the exhibits presented were put together for adults as there was a fair amount of reading and, not to overemphasize this, but as a childhood tintin fan, i found out that there was so much i didn’t know about herge.

for starters, his last name is actually remi and he started signing his artwork as RG (georges’ initials backwards) which eventually morphed into ‘herge’.  he started using art as his outlet while he was a teenager in boy scouts, loved the outdoors and traveling and this is partly how tintin came about.  his focus was on a character who traveled and explored as that’s what he felt many people found interesting about other peoples’ stories.  by selecting journalism as a career, tintin had a reason to travel the world.  as a child, i collected every tintin comic book however thanks to this exhibit i found out that there were two that i never knew about; the first two books of the collection that a very different herge wrote.  another tidbit of cool info that the museum provided was that during writing of the third book, the blue lotus, herge befriended a shanghainese artist by the name of chang chong jen (yeah, not racist sounding!) and it was this friendship that later changed the amount of research and detailing that the series would use when depicting everything from cars to ship interiors to cultural nuances.  this chang individual inspired the chang character in both the blue lotus and tintin in tibet.

from character backgrounds to story creation details to footage of herge giving background info on his workflow, we thoroughly enjoyed our time at musee herge.  one of the sweetest things i saw while we were watching one of the herge interview films was a man push his mother up in her wheelchair and explain what they were watching.  i might have read the situation wrong but i can’t help but think that his mother probably turned this man onto tintin back in the day and it was so heartwarming to see him bring both his mother and father for a tour.  since there weren’t any photos permitted, musee herge provided an e-card room for you to create your own souvenir…

naturally there was a gift store and it took all of me to not blow the rest of my travel budget on tintin toys and books.  coming from north america where the books are in circulation but not much else, it was great to see how many characters were available.  not only just tintin, captain haddock and professor calculus but also the thompsons, nestor and even characters that have only appeared once like rascar capac.  i sooo regret not buying this bad boy but i just didn’t think that he would stay in one piece over the next month 🙁

all in all, a great day at yet another great museum.  i have to put this up at the top of my list as i had been looking forward to this visit since the day i left france two years ago… and i have to say, it didn’t disappoint!