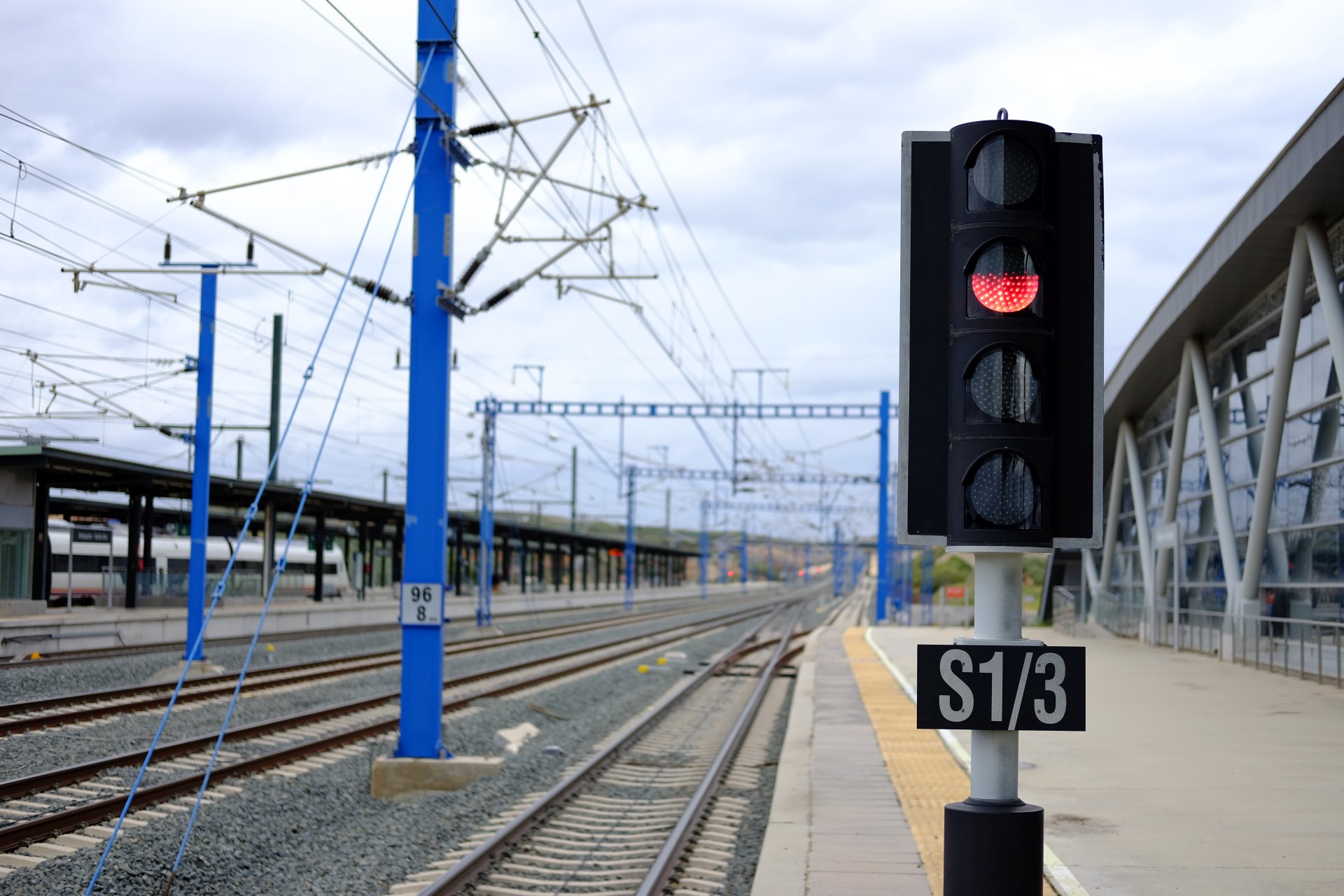 *i’m a semi-pro at packing luggage
we’ve found ourselves on the go at a minimum of once a week, sometimes even switching rental units within the same city.  this took a while to get used to and i still think i can get much faster at it.  i think it’s come down to:
-compartmentalizing everything into ziploc bags and packing cubes, broken down to:
-one cube for socks and underwear
-one for shorts and shirts.  separate ziploc bags for:
-charging equipment and phone cables
-all gopro items
-backup drive with infrequently used electronic cables
-medication
-liquids – sunblock, body lotion, face cream, toothpaste
-first aid – bandages, gauze, qtips, polysporin
-dirty laundry for both of us in any bag that fits it
-all clothing gets folded and rolled up.  this has been the biggest change compared to previous trips; i have 12+ pieces in one packing cube and i’m able to access every piece without any of the others getting partially opened up, which translates to more time spent on repacking
-packing the ‘not used frequently’ items on one side of my suitcase.  when i get a city where i’ll be using those more often, i make the switch at that point.  my priority area in my suitcase is now less of a ‘how often will i use it’ versus a ‘will i use it’ zone
i notice that i’m now unpacking only my electronics and liquids bags when i arrive into a city.  i haven’t hung up clothes in a long while unless i’m doing laundry.  we typically do laundry once we get into a town which helps me keep my luggage packed up tight

*less is more
contrary to math, that statement can’t be anymore true.  the only reason my carry-on is still expanded at the moment is because i’m meeting up with my parents in one week and i’m hopeful that i’ll be able to offload three pairs of pants, a jacket and my gopro equipment to them.  i’ve never had a large wardobe at home and the longer this trip goes, makes me realize how little it is that i actually ‘need’.  with advertising how it is nowadays, it’s hard to resist the ‘wants’.  i’m an inherently greedy/hungry person; we can’t have it all and this trip has given me some time to think about prioritizing not only my wardrobe but life as whole as well.

*i really enjoy train travel
i wouldn’t consider myself someone who is well traveled.  i mean, i spend a fair amount of time going on long vacations, road trips and a whole grip of time in the outdoors over the winter however, i’ve usually had a car to rely on and that changes the dynamic quite a bit.  with the length of our current trip, we’ve had to shrink our budget and that has meant that we’ve spent more time on trains and buses instead of cars and planes.  i’m really enjoying train travel, in particular:
-less wait time in comparison to airports
-get a chance to see to the landscapes of different regions; spain was beautiful as we made our way from the east to the middle, down to the south and then to the southwest
-usually on par if not cheaper than airline tickets, in europe at least
-easier to repack for with less restrictions compared to flying
-i like the energy of train stations.  they’re usually older and offer up nice architecture to take in.  security is easygoing, the tunnels and platforms run into the distance and other travellers are generally less frazzled than at the airport

with that said, the things i’ve learned along the ways are
-leave enough time to get to the boarding platform early enough to secure a spot for our carry-on luggage.  they’re not big but sitting with them in front of us isn’t exactly great for a 2+ hour ride
-book seats to face forward.  none of the trains we’ve been on have been terribly busy but it could mean the difference between sleeping and being productive for the duration of the ride.
-don’t be hungover.  leaving granada felt like that morning flight home from vegas; death incarnate.  my alcohol intake has dropped drastically over the duration of this trip and i love it.  being dehydrated with a headache and naueas is never a good situation but trying to figure out how to get to and from your stations and where to get off (since some towns dont’ have signage) with a shaky ride will feel like a nightmare that will never end.

*streamlining my phone apps
i only use a handful of apps now on my phone and it’s made for a much more pleasant experience.  less screens of muddled icons to scroll through, faster performance,

my travel screen’s apps:
-google maps – i download offline areas of each city before arriving to help with navigating to our hotel/airbnb
-google translate – i’ve had to use this less and less but still, a very handy tool to have if you have an internet connection.  you can take pictures of menus and it will translate line by line, you can type specific words in and you can also write them out (very handy for chinese, japanese and korean)
-google chrome – because all other phone browsers suck
-google hangouts – for phone calls
-whatsapp – with my phone # on hold at home, whatsapp is the only messaging program i use.  great for phone calls to other users as well
-wifi map – a database of wifi hotspots & passwords around the world, maintained by users for users.  very handy.
-flashlight – for those dark alleys, stairwells and bathrooms
-expense manager – to track our peso, euro, yen, nt, hkd and yuan usage
-instagram – my travel diary
-clash of clans – the only game i’m still playing regularly.  no internet limits my playtime which is great
-fujifilm camera remote – to import photos to my phone
-metro/subway apps for the current and next city i’m travelling to, downloaded before i get into that city so that i’m not reliant on wifi once i get there

*google is love.  google is life.
yes, i love all things android and it all started with google.  sign into google on your phone and computer and you can:
-synchronize bookmarks between your browsers; no more finding something cool and having to send yourself an email of the details
-‘star’ areas on google maps of points of interest, restaurants, bars and transit hubs – very handy to do research on the laptop and have them import to the phone (note: must open the app on the phone for it update).  you can send these starred points to other people afterwards if they want any tips

having no sim card for my phone has forced me to get a little creative and resourceful with my app usage.  i’ve found that it doesn’t matter if you show to a city without any idea of what to do but if you put in the 15 minutes to plan your first few hours and have offline maps as well as available hotspots, it makes your life so much easier (without being reliant on paying for taxis)

*i’m much easier to please with places to stay
i remember a time when i cringed before using a friend’s shower when he had a few grimy spots in between the tiling.  well, in may 2016, i’ve dealt with bathrooms that felt like freezers, showerheads with barely a trickle of hot water, having the water stop twice during the same shower and waking up from couches and beds itchy (fortunately not from bedbugs).  our needs have changed from city to city (ie: some cities like taiwan didn’t require a kitchen since we planned on eating out 110% of of the time), we’re starting our search nowadays by looking at neighbourhoods first.  while we’re not traveling dirt cheap by staying in hostels our couchsurfing (at least not yet), we’re not breaking the bank either and airbnb has been a godsend.  our better places have been from being able to book earlier but since we’re usally booking our flights/trains with 2-3 weeks of lead time, there’s usually enough selection on airbnb to allow us to get all the creature comforts we need: a usable kitchen, bedroom, wifi and most importantly the neighbourhood.

*i’m jaded from seeing old stuff
i feel horrible for saying this but i’ve hit my ceiling on how much sightseeing i can do in one trip.  i love architecture and history but my brain is rejecting all new sites.  for the duration of this trip i think we may be leaning towards less entry fees to visit places and instead pass by the area to take in the sights instead.  the history lesson is great but spending hours walking through the same maze as other travellers gets old very quick.  who knows, we might even start throwing in some beach towns to our remaining itinerary.

*unesco heritage sights = crowds
i consider myself fortunate enough to have visited a handful of unesco sights over my travels.  while cool and definitely worth the first, i feel like they should be advertising that with that privileged tag comes never ending crowds.  they’re heritage sights for a reason and they’ll be in every guidebook across the planet so go into that knowing that that’s what you’ll be getting and you’ll be fine.  keep your expectations reasonable; the fastest way to ruin a day is unexpectedly ending up in a square with 5,000 tourists and lineups out the wazoo.

so there you have it.  i’m sure the coming months will bring about more changes and shortcuts but that’s a start.  has travel changed the way you live your life on the road?