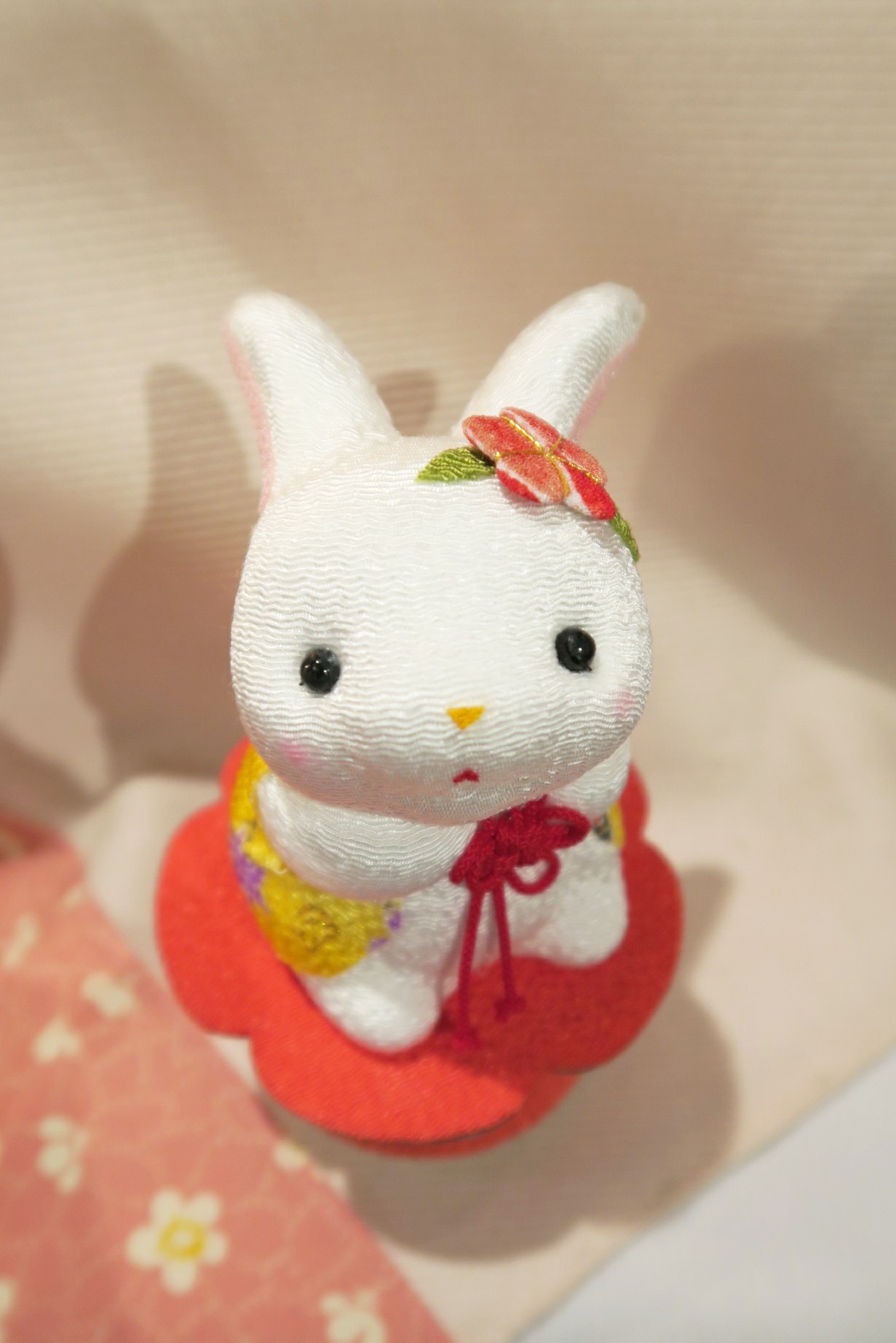 I made a day trip to Otaru on my own yesterday. Started out at the Hirafu intersection waiting for the Niseko bus that goes to the Kutchan train station at 8:59am. For whatever reason, the bus was 15 minutes late…shocking for Japanese standards. There were several passengers needing to catch the train to Otaru so a lot of us started to do the antsy dance, straining our necks to see if the bus was coming. Perhaps thinking that if we look hard enough, it will come. 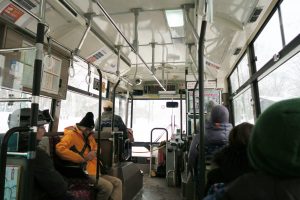 The bus finally arrived and everyone piled on for the trip to Kutchan. Luckily it only takes 15 minutes to get to the train station and we make it in time. 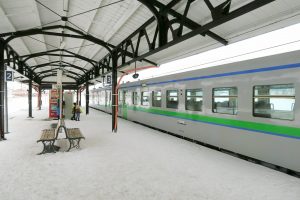 The sun started to peak out of the clouds as the train pulled into a station called Yoichi. To my non-Japanese ears, I thought the announcer was saying “you’re itchy”. Dear passengers, we are approaching you’re itchy. Lol. 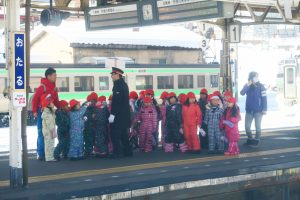 On one of the Otaru station platforms, I noticed a group of kindergarten kids on a field trip. 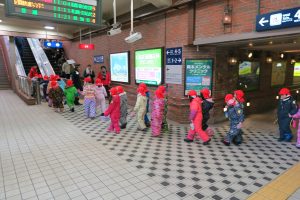 They were absolutely adorable in their bright winter snow suits and red caps, walking two by two up the escalator. A dedicated train conductor was holding a giant sign and directing the kids. He looked frazzled, like he was herding cats. 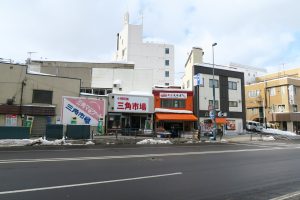 I got lost looking for the Sankaku fish market but a nice Japanese gentleman walked me right up to the door when I asked him for directions. The entrance is located under the white sign with red lettering. Those are times when I wish I could read Chinese. 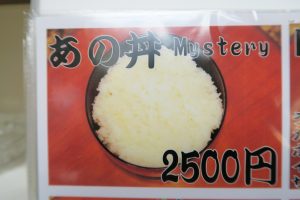 Lots of fish vendors has a little dining area in the back. I picked a random vendor and chose the mystery bowl and got this… 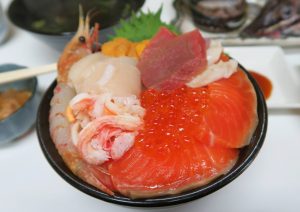 And added local fish dish and got this… 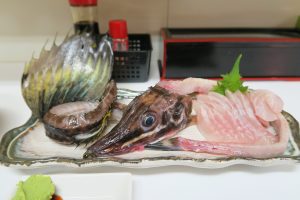 I was not expecting that. Haha! It was very good but I felt guilty the entire time eating the body with the fish starting at me. 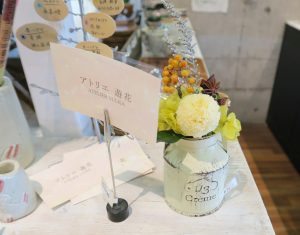 After my fishy breakfast, I wondered around Otaru, checking out the little shops along the way to the Otaru canal. 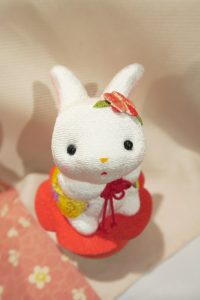 So cute! So hard to resist buying all the cute trinkets. 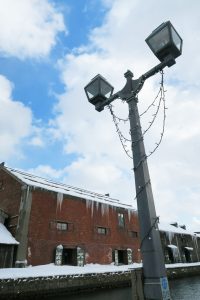 Lots of tour groups walking along the canal so I decided to venture off to less crowded areas. On the way to the shipping docks, I heard a car blasting stuff in Japanese and I was able to pick out “oishi”. Turns out to be a sweet potato food truck. I bought one to nibble on. 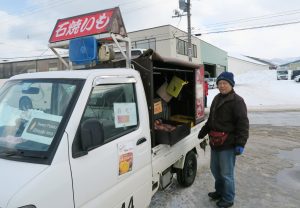 I walked towards the pier, past through many warehouse buildings and a very beat up car parked to the side. 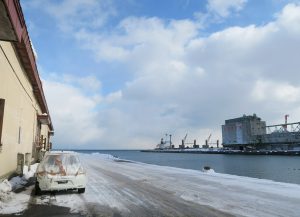 As I got to the end of the pier, there were no one else around except myself and a guy in a car parked at the very edge of the pier. I quickly left the area since it seems the perfect place to dispose the bodies of unsuspecting tourists. 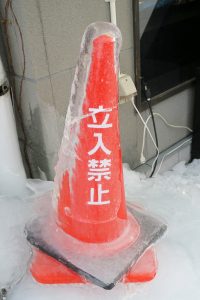 Not sure what wrong this cone did to deserve being iced so bad. 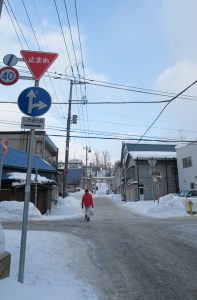 Found a torii gate to a shrine up a hill so I decided to check it out. After huffing and puffing up the steep incline, the pay off was really worth it. 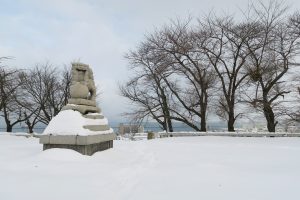 I had the shrine to myself and the best view of the Otaru harbour. 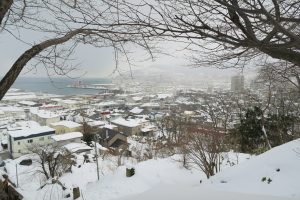 At the bottom of the hill from the shrine is the Naruto Fried Chicken restaurant that I was originally looking for. I felt that I deserved a quick beer and snack after that hike up the hill. 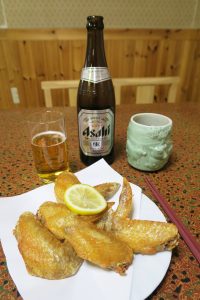 Before I knew it, the day was over and it was time to head home. 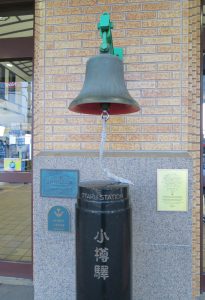 2 thoughts on “Day Trip to Otaru”