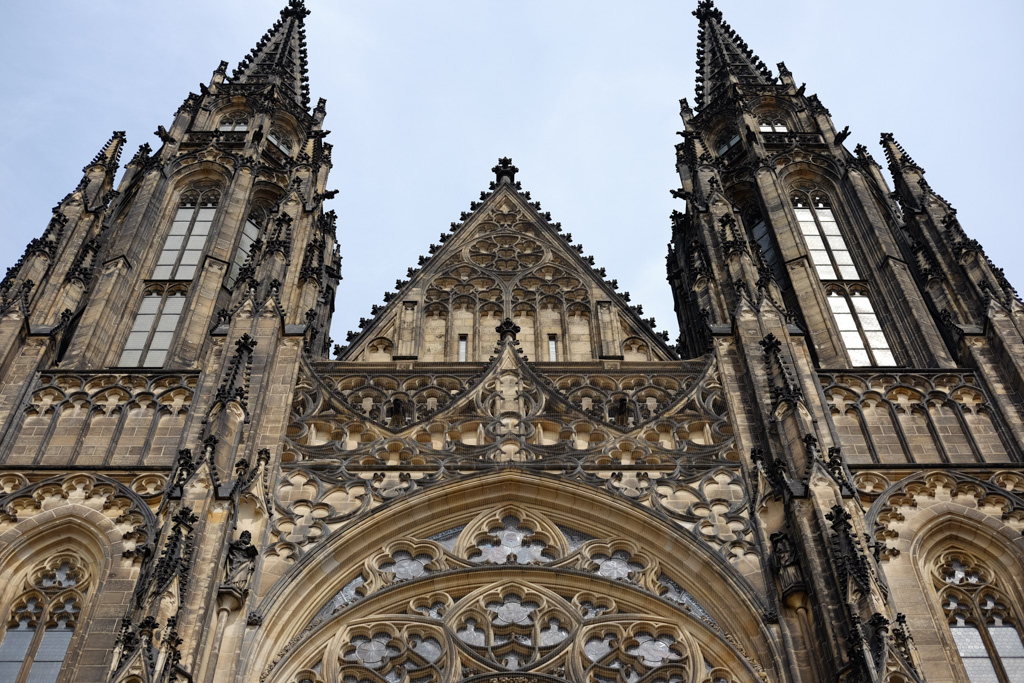 we had scheduled five days in prague since we had known we’d have j-lo as our trusty guide (who’s basically a local by now) so the general plan was that we’d do our laps of the must-see attractions in prague but he also had his local watering holes to take us too.  our first day started off really awesome with a trip to one of j’s favourite watering holes.  it just so happens that they have an awesome homestyle food menu.  my biggest regret of prague was that i was only able to eat this once.  food just wasn’t staying down after the first day for whatever reason.

food & drinks:
i had less than a handful of meals that i enjoyed and these were two of my fav spots that we visited (aside from haha’s list of pho holes):

restaurace u veverky is a neighbourhood restaurant outside of the oldtown area.  dishes are less than 160 czk ($10 cad) and the portions are plentiful.  in fact i don’t think that either haha or myself finished our portion.  i started with the duck breast and she got the meat stew.  in the end, she had half of mine and i finished almost all of the potato dumplings that were given to us.  they were more like a bread than a dumpling and actually very similar the insides of a bagel… or even the roll of deep fried chinese bread that is served with condensed milk.

i’m not much of a pilsner drinker.  in fact, i’ve never been much of a beer drinker until i tried an ipa and i find it very hard to drink anything that is less bitter and hoppy than one.  having said that, i’ve also had my share of lagers and pilsners this trip as ipas are far from commonplace outside of north america.  pilsner urquell is one of the most popular beers here and could be touted as the ‘original pilsner’ as it is brewed in the town of pilsen/plzen and it is absolutely THE best pilsner i have ever drank.  bottled or canned pilsner urquell that is served elsewhere in the world just isnt the same.  it simply must be drank as ‘tankove pivo’ which means tank beer.

what is tank beer?  well i asked the same question.  certain bars & restaurants that sell enough volume will get their beers directly from the brewery.  the beer is served out of the tanks (as opposed to kegs), never comes into contact with direct metal during the shipping process and must be served within two weeks to ensure freshness.  once the beer is sitting in its polyurethane bag within the tank, it is pumped into a properly chilled glass by way of air bags.  no co2 is used in the process and the resulting product is the freshest tasting and smoothest beer you will ever drink.  like i said, i am not a pilsner drinker but this tasted nothing like one because, well, everyone i’ve had in the past has paled in comparison.

restaurace u veverky serves tankovna pivo but so does another chain called ‘lokal’.  we stopped by two during our stay and in both places, you can order your beer one of three ways…

hladinka – the traditional pour with 2/6 beer, 3/6 foam and 1/6 empty glass.  the resulting pour looks like about 1/4 foam and it settles under the glass line once on the table for a few moments.  this is the standard and sessions usually start with these (though where it goes from there, who knows?)

snyt – a half pour with half foam.  rather than ordering a small beer, this is what you ask for to avoid the shame in asking for a mini.  the larger amount of foam makes the beer creamier

mliko – almost an entirely full pour of foam with a tiny bit of beer sitting at the bottom of the glass.  i didn’t get a chance to order this but my understanding is that this is the most fragant glass that you can order, usually drank at the end of the night for a hint of sweet flavour.

lokal is a chain of pubs by a group called ambiente and their locations are all over town.  highly recommended to visit one and to have a bite as well since although their beer menu is very simple (as many in prague are and should be), their food is quite extensive and you can order all sorts of appetizers and mains to soak up all that golden liquid sloshing about in your stomach.  very nice atmosphere as well with very attentive waiting staff.  a hladinka will set you back a mere 40 czk ($2.50 cad).

the sights of prague:
the dancing house – situated along the river and sometimes referred to as ‘fred & ginger’, this house represents a couple in the motion of dancing.

charles bridge – one of the many bridges that span the vltava river and gives prague it’s magnificent aesthetics.  statues line the bridge every few feet; there are 30 in total which make it a very picturesque location.  i was too out of it to take any pictures but i wish i had.

prague castle complex + st vitus cathedral – the huge roman catholic church in the prague castle complex is the first thing that comes to mind when i think of prague.  it has a similar blueprint to la sagrada familia in that it looms over and dwarfs all other buildings in its vicinity however it is much, much, much larger than la sagrada familia.  the construction is beautiful no matter which angle you look at it with intricate stonework and statues situated all over the exterior.

astronomical clock – in the main plaza of old town, an old clock comes out on the hour and does a ‘cuckoo-clock’ like routine.  cool to see but i enjoyed the aesthetics of it more than the motions.  some similarities between the world clock in copenhagen as well.

clementinum – the clementinum is a complex of buildings that houses both the astronomical tower (that was used for astronomy and meteorology) as well the baroque library.  this is the largest library in prague and has been so for nearly 400 years.  the hall is exquisitely decorated with paintings on the ceilings and wooden shelves that line the two-floored hall with a lineup of globes running lengthwise down the hall.  pictures weren’t allowed here and the doors to the hall were only opened during the duration that tour groups were present; the doors remained closed as well as the lights turned off when it was not in use.  i wish we were able to at least walk through without taking any pictures but given the nature of tourists, i don’t blame the staff for such strict rules.

sunsets:
amazing.  there’s something about the sky here that makes it feel like the clouds are sitting very low and just above the buildings.  i also love how the jet streams leave a canvas of trails above the skyline of the city; zig zagging streams cut up the clouds and add contrast to the sunsets which are amazing.  had i not been so deathly ill, i would have loved to spend each golden hour in a different part of the city to try and capture the clouds, buildings, river and shadows as they changed with the evening.

one thing to note.  the crowds in prague are downright insane here.  a pickpocketer’s paradise is one way to describe it.  i suppose the crowds are justified though; the sights are beautiful, the food is cheap and delicious and the beer flows like, well, beer.  it’s a party town, tourist town and a local town all in one and it offers a lot in the way of lifestyle.  relaxed riverside drinks and dining, beer culture, greenspace, daytrips, boat cruises.  in spite of being on my deathbed over my five days in prague, i still enjoyed it and would definitely revisit it however i would just stay far, far, far away from atrocity of an airbnb that we stayed in.

Getting my pho on in Prague