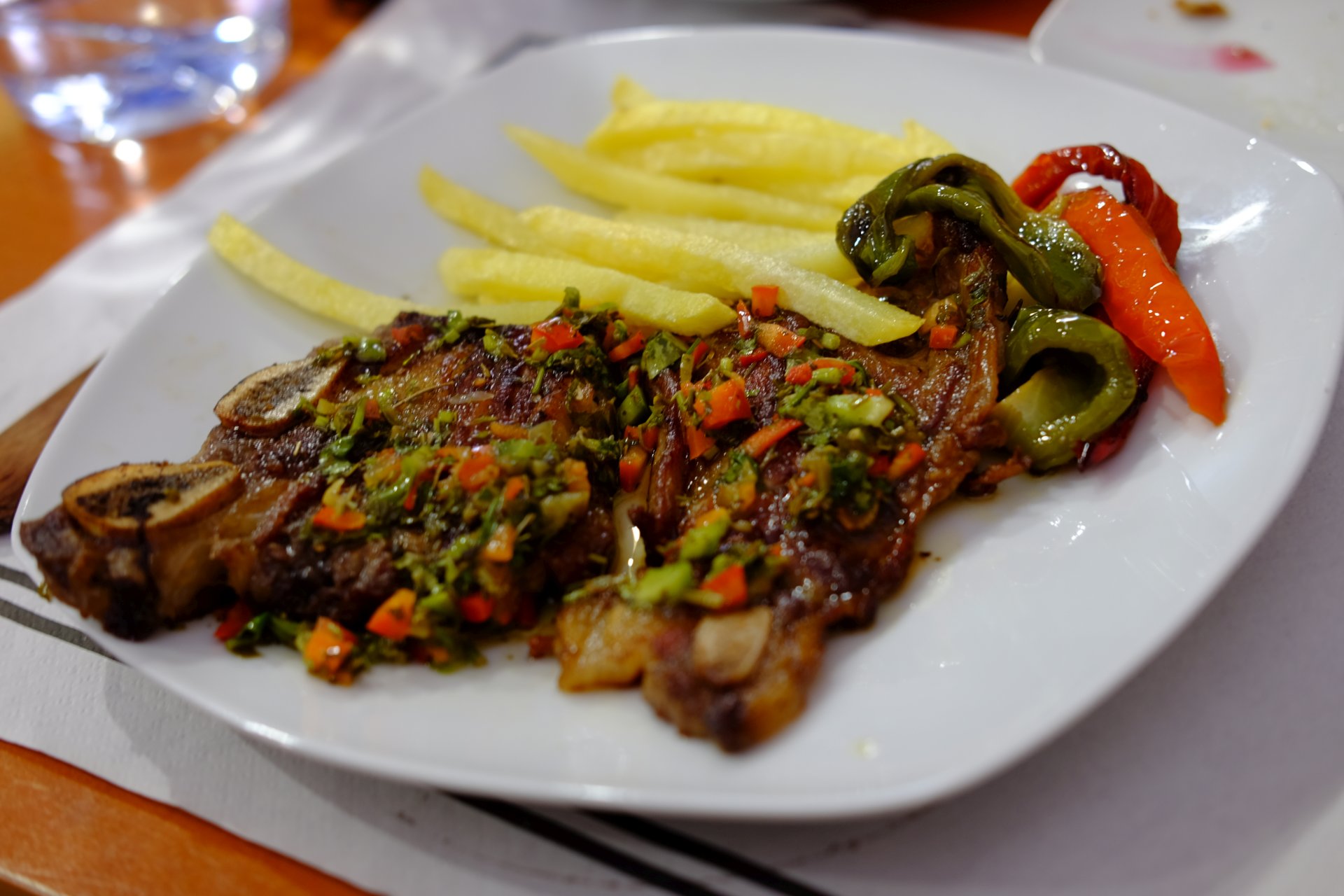 my limited knowledge of spanish culture has lead me to believe that they eat tapas for every meal.  idiotic and ignorant but that’s me most of the times.  it was a glorious discovery to find out that there are many affordable lunches to be had if you ask for the meal of the day, aka the menu del dias.

what will usually be on offer is an appetizer, main course, dessert and a drink (pop, water, beer or wine, just drink something!) and the price will usually be between 8-15 euro though on average, we’ve seen them in the 10 euro range.  i nerded out a bit and read that the menu dias was originally introduced by the government so that working class people could still eat affordable lunches while on shift.  it is no longer mandated by the government but the tradition has lived on and i’ve read that more and more restaurants are now offering them, some even for dinner.

i’ve just had two desserts for breakfast and my brain is tweaking from the sugar so hard that i can’t put my thoughts into coherent sentences so here are my other random thoughts on the menu dias in general:
-‘menus’ will usually have a smaller selection than the main menu – if you’re craving anything in particular, i’d suggest to search out those restaurants
-many main items are served with a starch, that usually being fries
-drink alcohol!  beer and wine is so bloody cheap, it would only add an extra euro at most.  we went to one place and i asked for a glass of wine and he gave me an empty glass and the whole bottle of wine.  when i asked him again to make sure he heard that i only wanted a glass, he waved me off and said that the bottle is included.  not exactly what i was getting at because i wanted to LIMIT my intake to just one glass.  i ended up drinking half a bottle.  first world problems
-try something new!  although a lot of dishes are meat related there’s usually a cut that’s quite different and we’ve tried to order outside of the norm (for here at least where meats are simply grilled and potatoes are saucy)
-cost effective – a la carte items are usually in the 6-12euro range so the menu dias is great value if you can find something you like
-quality of food – i personally don’t feel like there is much of a sacrifice of quality provided that the restaurant isn’t a tourist trap.  the majority of restaurants that we ended up ordering the menu from were mom & pop shops and was more about the food quality versus presentation
-dessert – oh god.  in all the menus that we ordered we could only eat half of our desserts.  my shorts were closing in on unbuttoned status at the end of lunch.  things are getting serious here in europe…