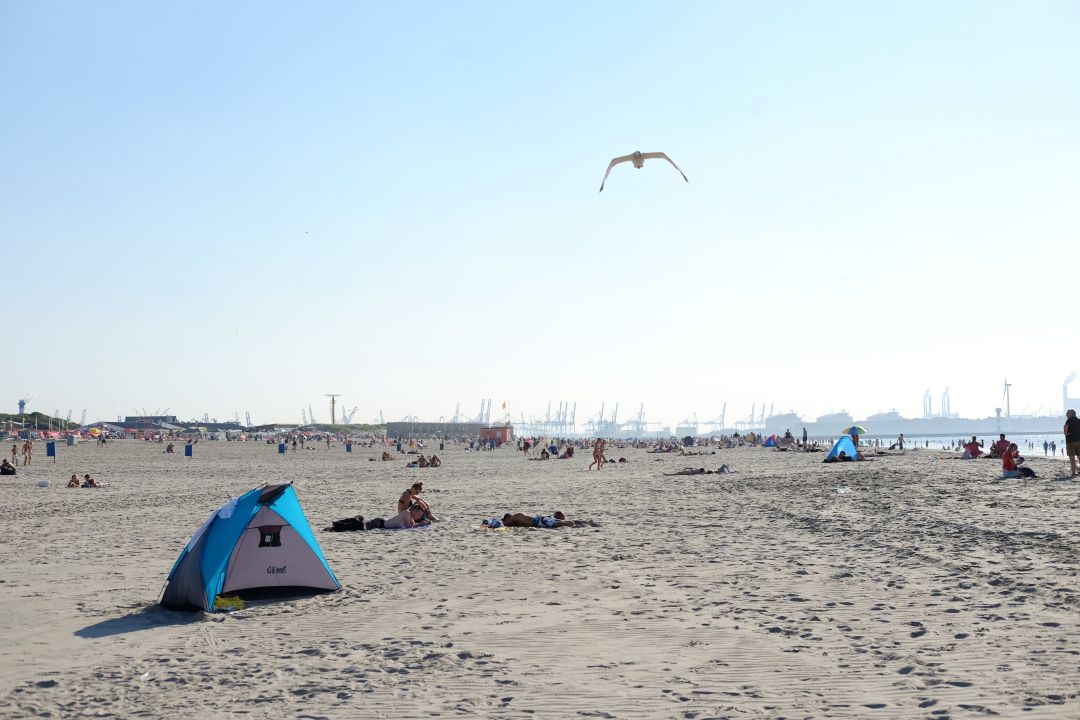 while in riga, we took refuge from the many flash latvian rainstorms to plan out the final weeks of our european travels.  we managed to squeeze in a few hours at a nearby blue flag beach (jurmala) while in riga but we really wanted to stretch our legs out in some more sand.  we booked our flight home via amsterdam and with belgium squeezed in between, our options were shrinking very quickly.  little did we know but the netherlands boasted miles of soft sand coastline.

we got rained out on our first attempt in the hague while attempting to visit the very popular scheveningen beach.  we had hoped to make it to the grand hotel kurhaus as it’s somewhat of a mainstay in the hague but the rain derailed us and we didn’t make it all the way to the coastline 🙁
our goal:

after a few rainy days, the clouds parted and we attempted another daytrip to hoek van holland.  this beach is situated at the mouth of the main shipping canal that runs between rotterdam and the north sea.  given how large rotterdam’s port is, i was expecting dirty water with large shipping vessels leaving behinds gobs of oil and waste in their wakes.  i was so, so wrong. when we reached the end of the line, the train station is 15 minutes shy of the beach.  a short walk down the quiet streets makes it feel like a beachtown indeed thanks to the sparsely laid out homes and apartments.

arriving at the water is another story altogether.  hoek van holland beach is 3.5km long and 250m wide.

the weather was on our side this day and temperatures were in the mid twenties with very little wind which was just the beach day we’ve been waiting since our days in croatia & albania.  it was also pretty quiet this day since we visited on a weekday but i’ve read that this 250m stretch can get completely packed during the busy season.  with waters this clear (as its considered a blue flag beach), sand this fine and all sorts of food options to choose from, i can see why.

i’m adding this day to my list of traveling surprises.  i already want to come back to rotterdam and another day or two of laziness at hoek van holland would work out just fine.

our final beach day of the trip ended up being at bloemendaal, roughly an hour west of amsterdam.  this beach was quite different from others in that it was very built up and is much livelier than hoek van holland.  about 100 feet in from the water are a number of restaurants with huge, wind protected seating areas.  the wind had kicked up a fair bit on the day that we visited so we didn’t stay until sunset but we definitely would have if it was earlier in the season.  a visit to bloemendaal can be paired with a half day in haarlem or one could spend part of the day riding through the sand dunes behind the beach.

if you find yourself in the netherlands in the summertime, why not budget a day to get out of town and onto the sand?

the surprises of the netherlands