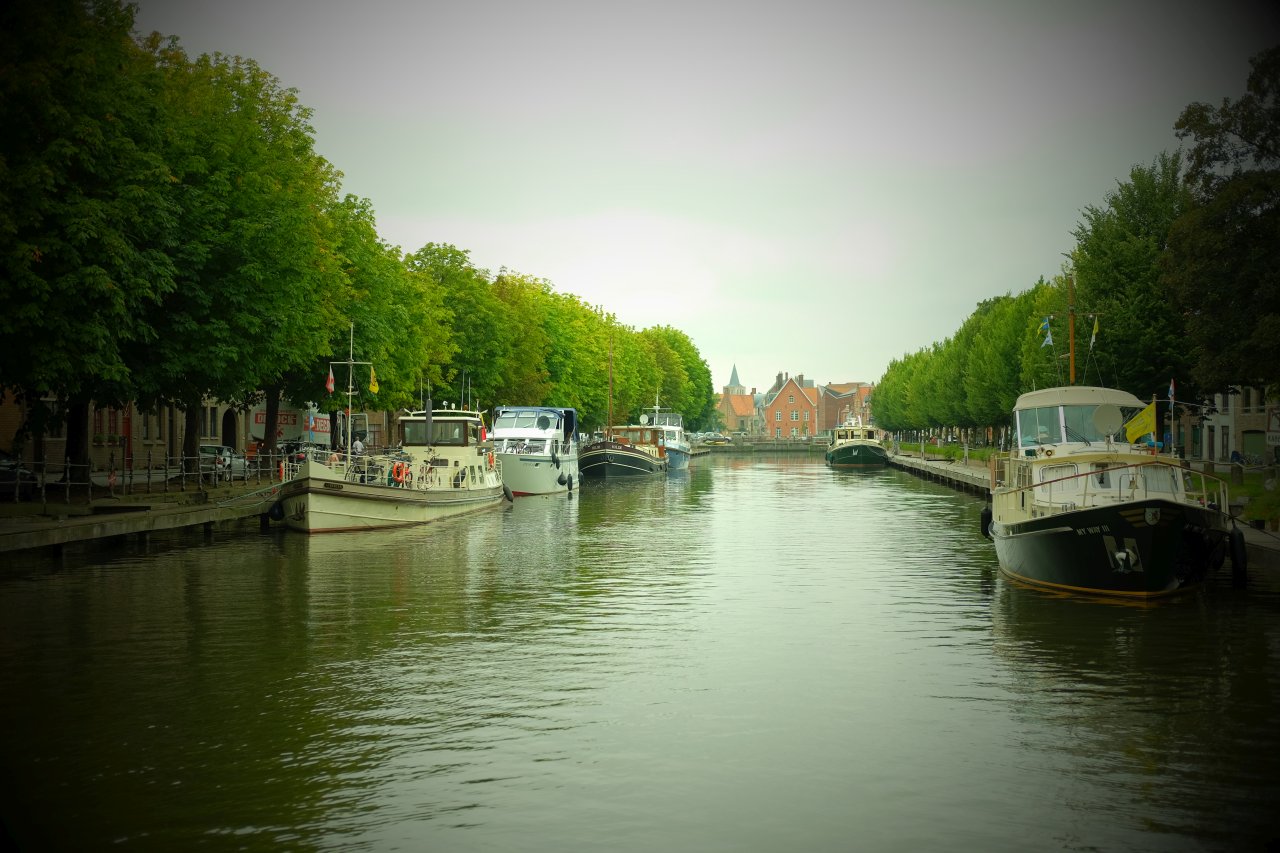 bruges, in a nutshell, is one big theme park.  it is an absolutely beautiful city that has history dating back to the 9th century when it was founded by vikings.  over the next 500 years the city grew thanks to its waterways being used to transport goods as well as its flourishing cloth industry.  all that came to a halt in the 15th century when antwerp became the primary harbour of belgium and the cloth industry started to decline.  the decline of the city continued until it was the poorest of all belgian cities sometime in the 18th century however within the last 100 years, bruges has become a tourist destination and that has breathed life back into the city.

with all that history, bruges doesn’t disappoint when it comes to being easy on the eyes.  to repeat this for the hundredth time this summer, i’ve had my fill of old towns so i wasn’t overly excited about getting geared up to explore.  things were different in bruges though, the more we walked the more i enjoyed the architecture.

to take a quote from the film ‘in bruges’, as brendan gleeson is trying to convince colin farrell to visit the top of the belfry tower…

come up.
for what?
the view.
the view of what?  down here?  i can see that from down here.

i am the embodiment of colin farrell in that movie.

while the center of town is loaded with tourist crowds, a 10 minute walk away from the belfry reveals some good looking yet unpopulated streets.  as a medieval city, the cobblestone roads, flemish architecture, massive churches and meandering canals can make you feel like you’ve walked back in time… and then you come across a chinese restaurant.

so before i taint your judgement of bruges even more, here is how the city looks:

while our luck with wet weather continued, half of our stay brought us sunny weather and gave us plenty of time to make our way around town.  three nights in bruges went by quickly but for me it was just the right amount of time to see the city without getting stir crazy.  while many people will do daytrips from antwerp or brussels (which really makes the streets feel packed during the middle of the day), i would still recommend to stay for at least 1-2 nights.  you can take a few daytrips from town with bikes and seeing the town at night is what has left a lasting impression with me.