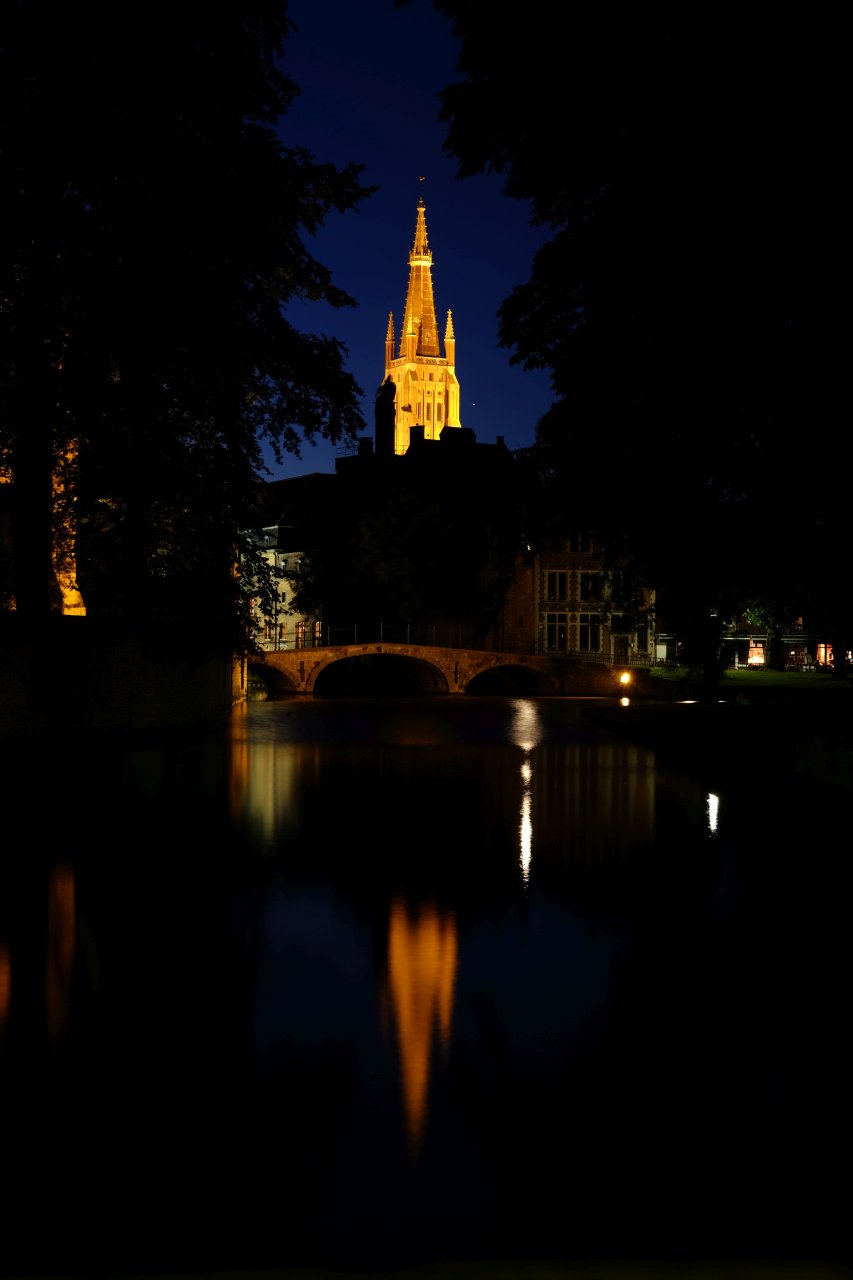 bruges is such a fantasy-like town that as good looking as it is during the day, it’s even better looking at night.  the canals and towers are lit up and if you’re lucky, you’ll still catch some swans swimming around.  we had planned to take some photos on our first two nights in town but like denmark, the sun doesn’t go down until quite late.  by 10pm it’s just becoming dusk and it’s not fully dark until nearly 1030pm.  so the previous nights when we decided to pop inside to warm up, we just got too comfortable and never left the confines of our toilet-puck scented room.  though in our defence, one of the nights we stayed up to rewatch ‘in bruges’ because, well, we’re geeks.

while colin farrell’s initial take on bruges was harsh,

if i grew up on a farm and was retarded, bruges might impress me.  but i didn’t so it doesn’t

he did lighten up after walking around town at night time so i guess bruges just has that magical power about itself.

just like photography has piqued my interest, shooting at night is both challenging and fun especially when there’s water around.  i’m really looking forward to amsterdam especially with moving boats.  i’m going to have to start mortgaging some of my tennis gear for a legitimate tripod once i get home…