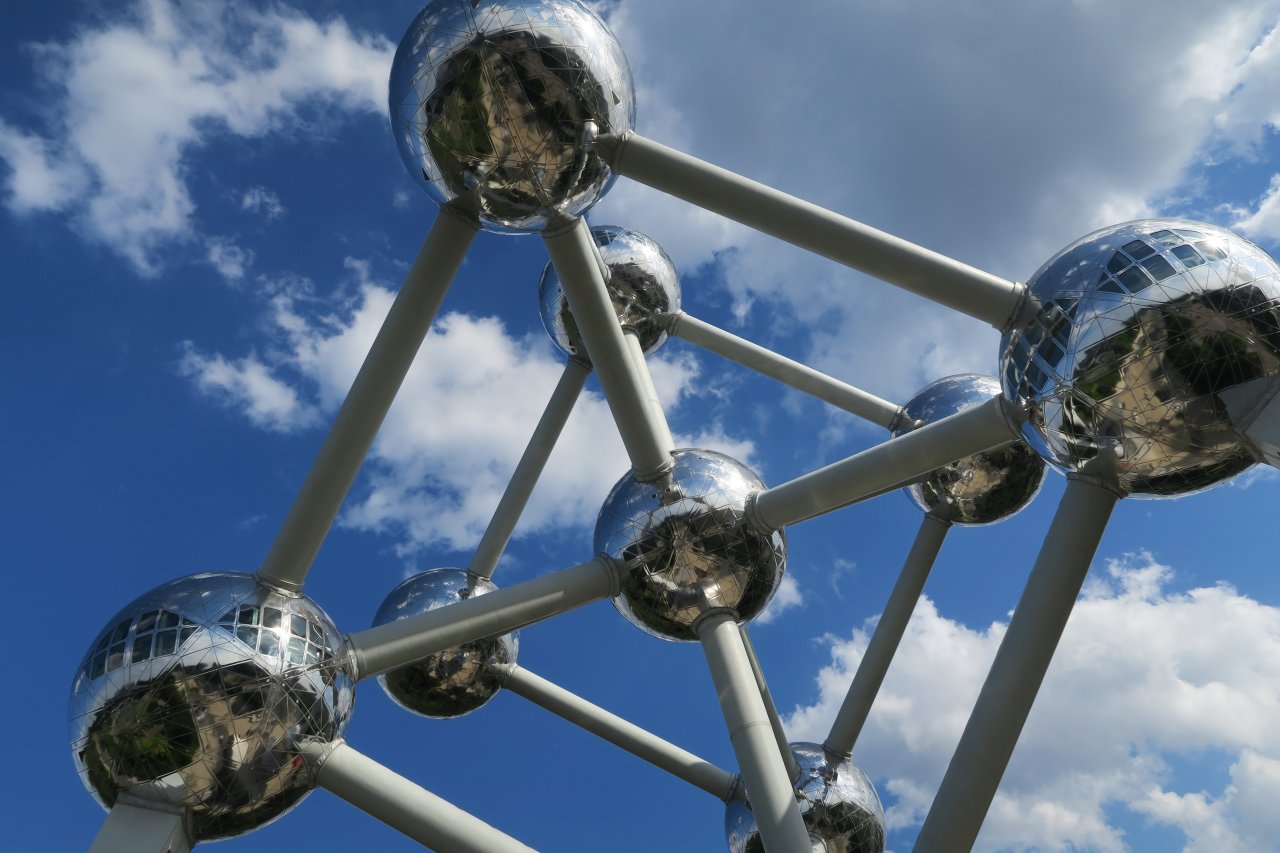 while we passed many hours in brussels stuffing our faces with things that made us smile we also squeezed in some sightseeing.   i had my eyes set on musee herge otherwise known as the tintin museum 🙂  the creator of tintin, georges remi (his initials backwards are RG which transformed into him signing his works as herge) was belgian, grew up in brussels and the museum was completed in 2009.  while tintin was the character he was most famously known for, he was a many of many talents and the museum was a walk through of his entire life and not just his artistic career.  i’ll be writing more on our daytrip to musee herge shortly.

i was a bit surprised that comics were so engrained within belgian culture.  so much so that they have not only a comicstrip museum but also a comicstrip walk around town.  3 story murals of famous belgian cartoon characters are painted throughout town. brussel’s best looking square is in the old town and could probably be one of the best looking squares in europe.  i was fully expecting a gongshow of a crowd (which there was) as well as overhyped architecture.  i was wrong.  the biggest building in the grand place is the town hall built in the gothic style.  it stands 315 feet high to the top of the spire and it looked amazing at night.
(town hall)

we had to go back for pictures at night as it was simply too amazing to only see once.  if you can get past the potential threat of pickpockets and hawkers trying to sell you selfie sticks, the vibe is great.  many people simply camp out in the middle of the square, sit on the cobblestones and have a drink, eat a waffle or just sit and admire the 360 degree display of art.

the royal palace is home to the king of belgium and has an absolutely massive facade.  i believe it’s 50% larger than buckingham palace’s although the palace itself is only half the area.

this sight is one that i’m still scratching my head over.  mannekin pis is a famous (yes, FAMOUS) statue in the center of the city of a little boy taking a piss.  tourist come to take pictures of and have their pictures taken with this bronzed urinating boy.  there’s a volunteer group that also decks him out in new outfits throughout the year.  i would tell you more but it’d just be a waste of time.

galleries st hubert is a glass-roofed shopping arcade built in the 1847 and is now home to popular chocolatiers, restaurants, a theater and souvenir shops.  the entrance and exit are open air so it’s a very comfortable place to sit down for a coffee or dessert as the sun shines through the roof.

an art exhibit was taking place at the time we visited so we popped in to check things out.  tiny little bikini pics made up larger images and it was pretty cool to be able to look at these bikini shots without looking like a complete pervert

a large and distinct church near the comic museum is the cathedral of st michel and gudule.  i’ve found conflicting information on the age of the church; its origin dating back somewhere between 600-800 years.  in any case, it’s an amazing piece of architecture built in the gothic style and is one of the more popular attractions of the city (as you can tell by the lineup of tour buses parked in the neighbourhood)

by this point i was feeling like brussels was offering up some interesting yet redundant sights.  we’ve been in europe for three months now and all the magnificent churches are starting to look oddly similar.  so we hoofed it out to the north eastern part of town to visit the atomium.  i saw a few pictures of this massive reproduction of the 9 atoms of a molecule but i had no idea how large it was.  it was huge.  335 feet huge.  it was built for expo 58 and now is a venue for many functions.  escalators connect each of the atoms and you can go all the way to the top

i think that haha and i have differing opinions on brussels as the grime didn’t sit very well with her.  while berlin was equally as, if not dirtier than brussels, it was a very different city and i think that was what i appreciated about brussels.  having grown up on tintin and comics in general, i loved the youthful side of the city.  and how can anybody hate chocolate and waffles (with the exception of the prices)?  one thing to note about brussels is that at any of the above locations and even throughout restaurants and bars within the city center, you will definitely want to keep an eye on your belongings.  pickpocket warning signs are everywhere which i find somewhat humorous after spending time in eastern europe and not seeing any signs at all 🙂  maybe it’s not happening, maybe they simply don’t care.  in any case, this is a stark warning that you’ve entered tourist country.

i am a little upset that i didn’t get to see the jean claude van damme statue up close and personal as they stationed it outside westland shopping center which is off of the major transit lines but such is life.  the statue was erected in 2012 and for some inexplicable, idiotic reason they built it in the mold of a pose from kickboxer.  KICKBOXER.  he’s done a lot of terrible movies in his joke of a career and the city wants to remember him for that one?!  for christ’s sake, why not timecop or bloodsport?  KICKBOXER?!?

i wouldn’t describe brussels as very dynamic city just from our short stay but it was still enjoyable and relaxing.