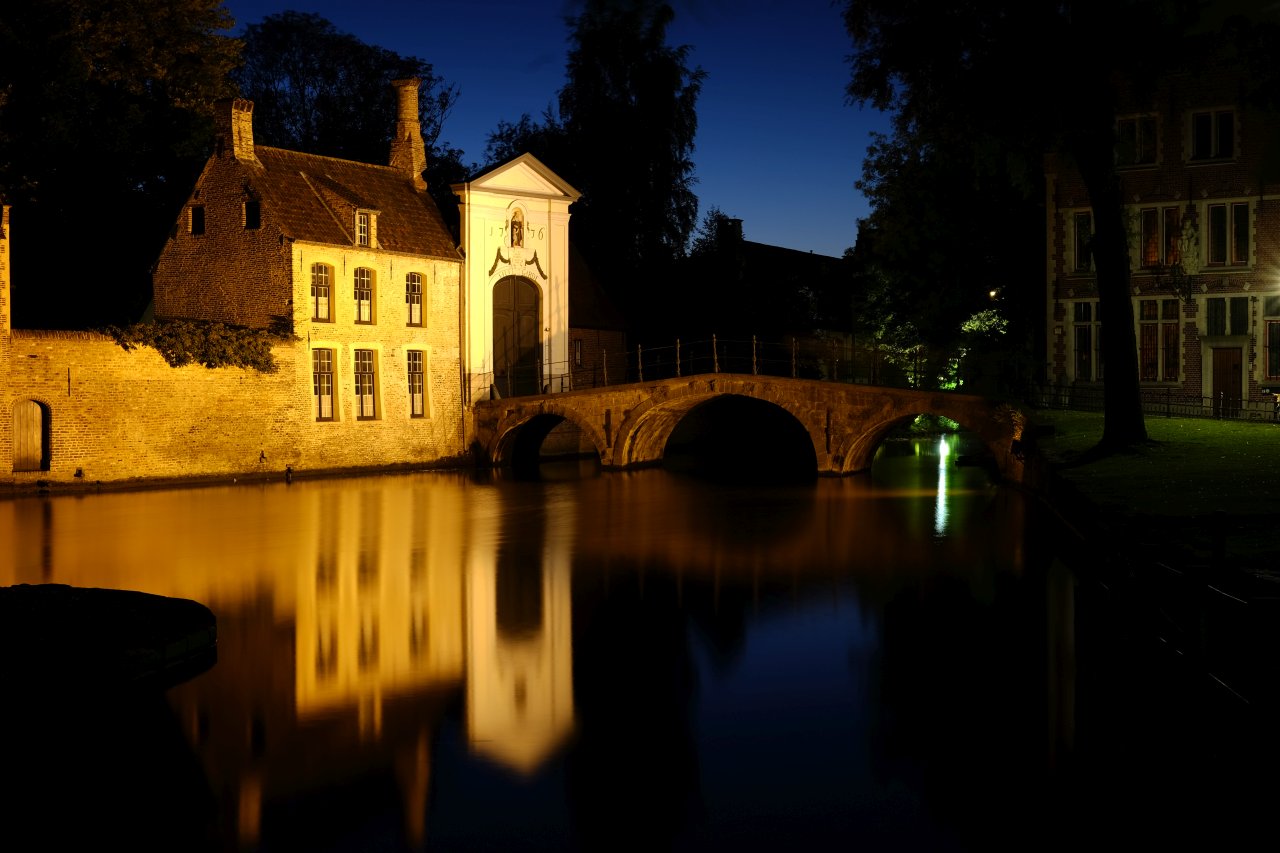 q. favourite meal
a. ‘one restaurant’ in bruges.  the owner recommended the flemish meatballs and i couldn’t say no even after having two flemish stews during the week.  it was nothing short of fantastic.  beef, pork and veal meatballs in a rich cherry & beer sauce served with a salad and fries (what else).  i was completely done with fries by this point but i couldn’t let all that sauce go to waste

q. most memorable moment / best highlight
a. renting bikes in bruges and spending a day out in the countryside.  our initial plan was to ride to a nearby town called damme however since it only took 30 minutes to get there we decided to continue riding.  the town of sluis in the netherlands is only 8km away so we rode there for lunch, crossing an imaginary border in the process.  there were many other cyclists on the road and we had to take some detours to some smaller lanes due to some tree trimmers on our route but haha did awesome and managed to power through a whole day on two wheels

q. greatest challenge
a. dealing with the operating hours of businesses.  brussels was quiet.  bruges was a ghost town by 6pm and lille was like a dolled up version of a post apocalyptic wasteland.  it has been downright bizarre to see cities this quiet and this many restaurants closed.  then again, the french have been reported to live with the least amount of stress so maybe there’s a lesson in all of this.  i think what’s been even more of a shocker is that coming from latvia and poland, countries that are supposedly behind western europe in terms of economies, we had no issues with accessing those towns throughout both day and night.

q. what i miss most from home
a. with home being in the very near horizon (under two weeks), we’re salivating over all the meals we’ll get to indulge in.  i can’t wait to pick up my tennis racquet for the first time this year as well as use a shower that’s not designed by an artist with down syndrome.  oh, and firing up a computer with two monitors, a keyboard and no reason to be hunched over my miniscule monitor like shrek.  i’m such a nerd.

q. next stop
a. rotterdam, netherlands

q. weirdest observation about current culture
a. this feels like a trick question in regards to bruges.  the town is so heavily dressed up for tourism that although there is tons of history, it doesn’t feel like there’s any culture left.  the locals are grossly outnumbered in the city center which is where the majority of the canals run.  it’s about as cultural as disneyland but with more waffles.  this doesn’t subtract from the beauty of the city but it certainly is an odd feeling to be surrounded by only british and americans as you walk down streets that are hundreds of years old.

q. one tip i would give myself if i were to come back
a. don’t come back in august until i’ve learned to hunt and forage for food.

q. friends i’ve hung out with/visitors
a. just me and my girlfriend.

q. one random/weird/cool thing i learned about the country i’m staying in
a. i can’t think about anything to write here other than both brussels and bruges being far more touristy than i expected.  while both where nice, i felt like they were devoid of any distinct cultural characteristics.

q. one new experience/memory that will stick with me
a. spending a week dealing with utterly retarded showering environments in belgium.

our shower/brothel window in brussels and curtainless shower in bruges (first is a weekly recap, second is a first 24 hours).  i suppose that the optimistic way of looking at this situation would be to say that korea prepared me well.

q. portion of luggage that’s been the most & least useful
a. i suppose i need to give my phone some love for all it has held up through.  through snow, rain, blazing humidity, being dropped down stairs, overheating with a dying battery, a case that’s literally falling apart into many pieces and a screen that surprisingly only has a few minor surface scuffs (this boggles me the most after two and a half years of use), it’s still holding up.  it’s seen duty as my camera, alarm clock, radio, map and movie/tv show streamer.  i don’t know if i’d be pushing my luck by bringing it to south america but hey, i’ve done plenty of stupid things in my time… what’s one more?  my least useful pieces for the gazillionth time are my gopro AND paddleball set.  guess what’s not getting packed next trip!

our homes away from home: the europe edition