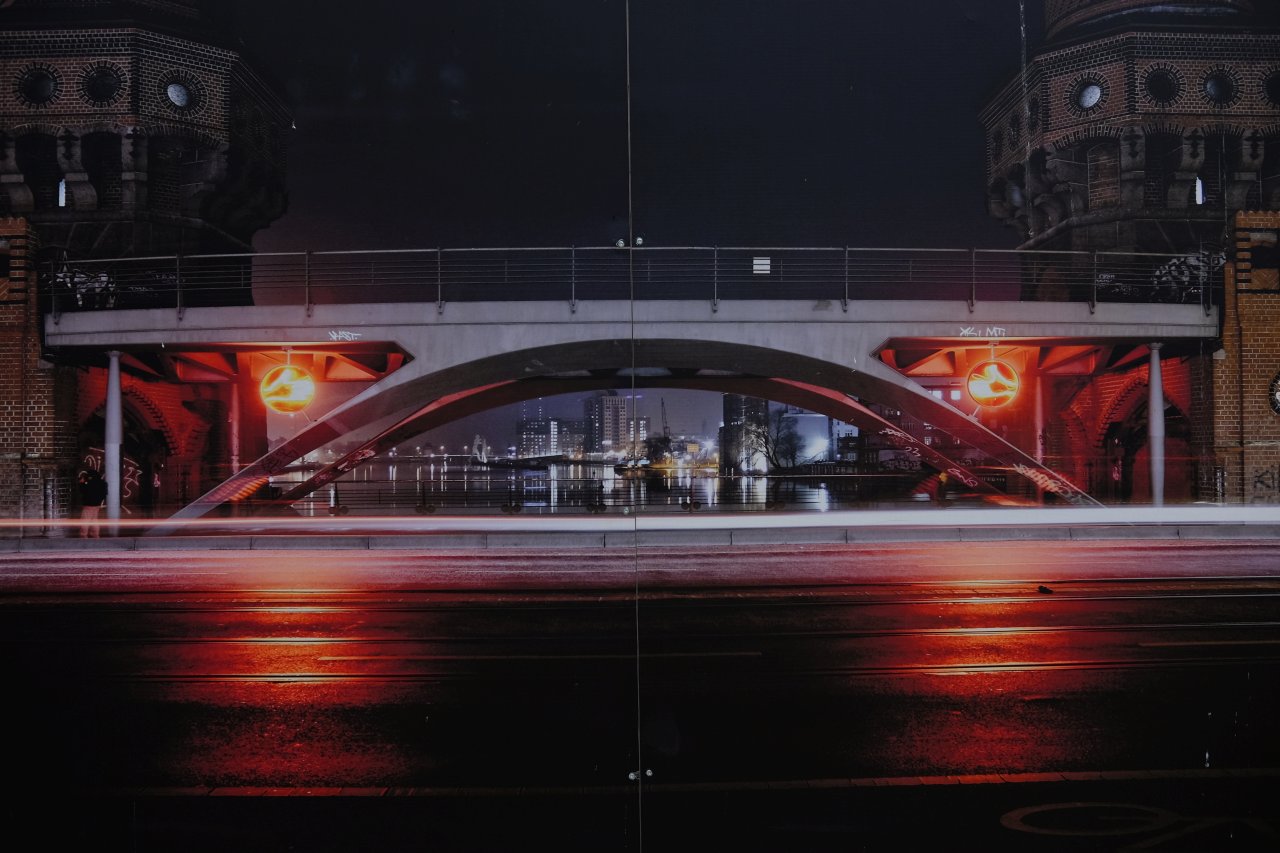 how quickly time flies in a city like berlin.  3.5 million people and countless metro lines connect a city that was once divided by politics.  five days was never going to be enough time for us to cover everything we wanted to see which always gets me excited when planning out what sights to visit.

one of the first areas we visited was the east side gallery which is the longest standing stretch of the berlin wall, or what remains of it.  it runs along the river spree and is completely covered in paintings for as far as the eye can see.  i’m not sure if it is normally gated off but it was while we were there as many artists were touching up their works. we also stopped by checkpoint charlie which was one of the three checkpoints (ie: checkpoint alpha, bravo & charlie) where one could enter east berlin and there was an open air courtyard depicting important events in the checkpoint’s history.  to think of the number of lives lost by the residents of east berlin trying to escape, a horrifying thought.  hard to imagine ourselves in their shoes, willing to take on the risk of imprisonment or most usually death if caught trying to leave.

down the street from checkpoint charlie was the only museum we visited on our stay, the topography of terror.   one of the evilest named buildings i’ve had the pleasure of visiting and it was exactly that.  the subject matter covered the rise and fall of the nazi party along with all of their horrendous actions that terrorized the inhabitants of berlin.  to call this a heavy would be an understatement.  i’m not a history buff by any stretch of the imagination but i’ve done a fair bit of reading on the nazi regime as well as the history of hitler.

the contents of the topography of terror took my mind for a ride and recounted not only the happenings of the nazi regime in relation to the jews, poles and homosexuals of germany and the surrounding areas but also all the events that allowed hitler to rise to the position that gave the authority to commit such heinous acts.

it’s more than a historical recounting but also a case study on humanity and how people can be blinded by propoganda when trying to satiate their need to believe.  in order to get into power, the nazi party campaigned for all the things that the current party had not been succeeding at; unemployment and a dive in the economy.  once in power, their success at creating jobs and stimulating the economy sat well with the general public and by being praised for those actions, their hatred and discrimination against the outliers of society (jewish and homosexuals) were overlooked.  little did the germans know at the time but the employment numbers were driven by the preparations for war.

the topography of terror is also surrounded on on one side by a piece of the berlin wall which seems only fitting with its dark history.  with checkpoint charlie and topography of terror being situated so close to each other, the two stops provided an informative backstory on the events that shaped berlin over the last century.  both are free to visit which was a nice bonus.

the reichstag:
the reichstag is a fantastic domed building that was used by members of parliament during the world war ii era.  it was free to visit however your visiting time needs to be booked in advance which we responsiblity did via the website.  when we turned up it was pouring rain (oh western europe, you’ve been ever so cruel to us this year) and we ran inside to give them our booking.  unfortunately for us, the bookings need to be made over a week in advance which the website failed to mention so our booking was useless.  gorgeous building though and i wish we could have gotten inside

brandenburg gate
brandenburg gate is one of the most recognizable sights of berlin as so many historical events have taken place here.  in the modern day is is a meeting point for tourists and it was the busiest area in the whole city.  we snapped a few pics and were off since there wasn’t much more to it than that.

the food:
coming from prague and zagreb, i combed through countless websites mentioning how cheap berlin was for food.  i suppose it’s all relative because it was about 50% more than what we were paying in prague although the food was definitely more varied in berlin.  over the course of our stay we ate a number of different things

the local fare:
currywurst – i was in sausage overload after visiting prague but i just couldn’t say no.  currywurst goes hand in hand with any discussions about germany so i had to indulge myself.  i had two experiences and the first one was a red nightmare.  we had already had sausages and pretzels for lunch (which were AWESOME at the brezel bar in kruezberg) but curiousity got the better of me and i ordered two sausages and fries.  i should have done my research because there wasn’t much more to it than that other than the sausages getting smothered in a jar full of ketchup.  it wasn’t even good ketchup as it was extra sweet and more or less disgusting.  the garbage bins looked like somebody just shot them as ketchup was painting everything from the cardboard boxes to the plastic forks to the metal bins.

we went to a second currywurst stop called ‘wittys’ which resulted in a much better experience.  this time i ordered the sausages to be skinless and it ended up being an ‘organic’ currywurst stand.  i don’t know if that’s an honest selling point of it but i will wholeheartedly agree that the wurst was better here.  the fries were much tastier and the curry dusting tasted more like curry and less like msg.

as for other food, we had our share of persian kebabs (koobideh) and turkish sandwiches, all of which involved copious quantities of meat.  we also indulged in pork hocks and berlin meatballs among others which definitely contributed to both of us gaining a few pounds over our short stay.  i also went a little pretzel crazy as the consistency of the ones they make in berlin have a similar texture to a jewish style bagle; dense, slightly salty and chewy.

after spending some time in belgium, i have a change of heart in regards to berlin food.  the value is great, the selection is large and varied and there are many eateries open at all hours of the night.

the art:
my addiction for graffiti and street art was satiated by berlin’s amazing art scene.  i spent one full day walking around town and even to an abandoned nsa spy station to explore and was rewarded with a constant flow of findings.  there are many artists active in the berlin scene with a lot of famous european artists passing through to leave their mark.

overall i loved berlin and can’t wait to come back.  both of us would like to spend some more time in germany however we decided to go eastwards to poland after berlin.
auf wiedersehen berlin!