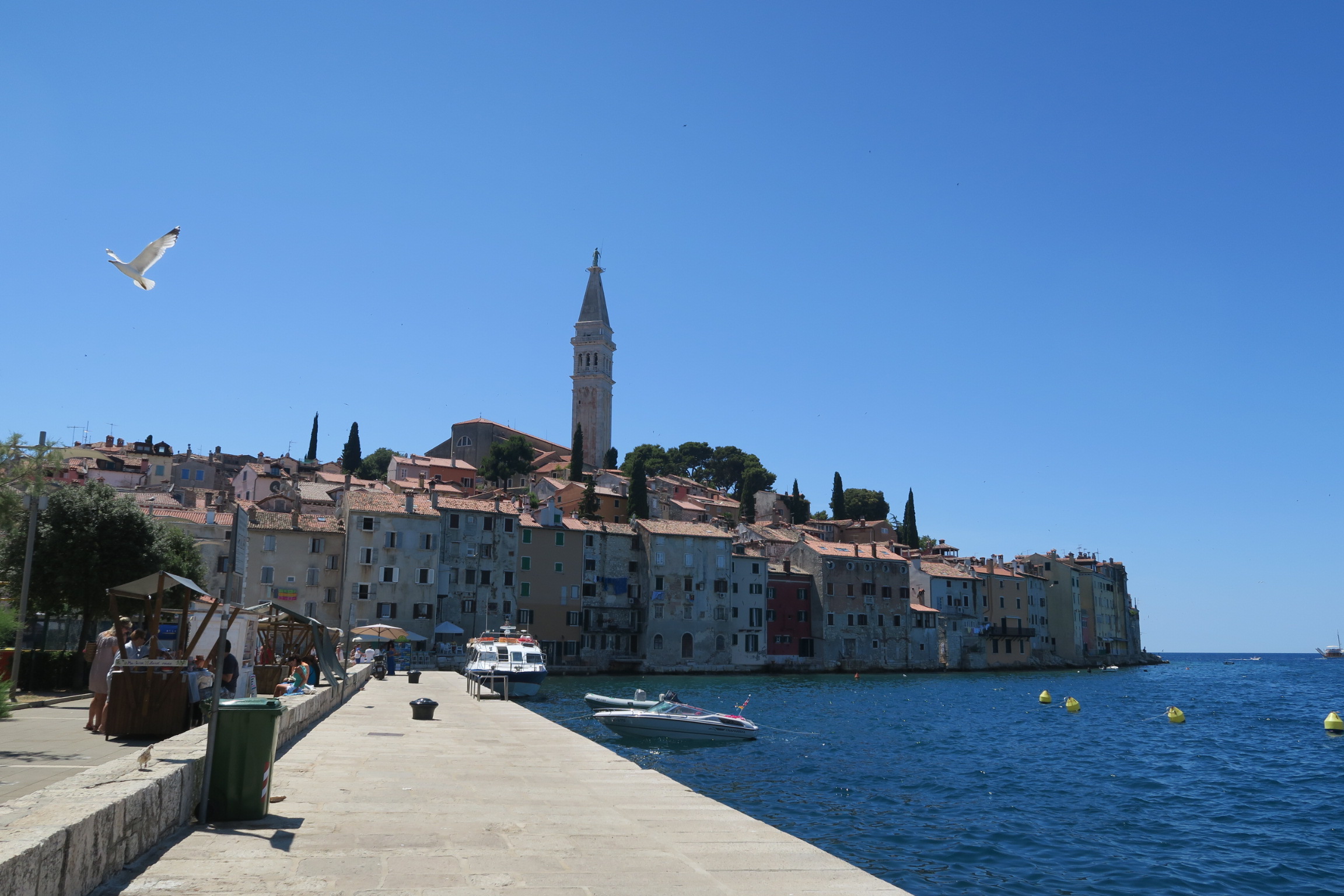 i was down and out for a few days in porec thanks to an allergic reaction to something i ate so i had the itch to get out and see what else this peninsula had to offer.  rovinj is another coastal town about 30 mins south of porec and boasts an old town of its own
(surprise! :/).

as with every other drive we’ve had to do in this country, we missed a turnoff yet again and took a random detour through the countryside of the countryside.  i like to think that i’m pretty good with directions but my brain is completely incompatible with roundabouts which is nearly every intersection in the country.   we ended up on a side road that passed a number of restaurants that were literally in the middle of nowhere.  no homes or stores to be seen anywhere close to them.

another 15 minutes of winding roads and we were at rovinj.  it was definitely much quieter and sleepy compared to porec which i think is looked upon as a party town.  the streets had people strolling around but we never had to wade through any crowds.

the old town had wider walkways than in porec and there is a cathedral in the middle of the city that makes the town so distinct in pictures.

we walked around town and found the perfect spot for people watching and a nap.

we walked north to spend the afternoon at porton biondi beach.  it’s part rocky, part concreate and there is a large grassy area with volleyball nets as well.  it faces the north side of rovinj and has a nice view of the old town

we passed by the lim fjord/valley on our way back and had planned to eat dinner there.  after checking out the menu i opted to steer clear of any seafood-centric places for fear of getting sick again so we continued on our way back to porec.

*lim fjord if we have any pics

it was by complete chance that we ended up where we did… we drove to the highway that took us back to porec but were tired of getting nickle and dimed for yet another road toll so we came back the same countryside road that brought us to rovinj.  as we passed one of the random restaurants on the side of the road, we saw an outdoor kitchen and a rotating spit so we pulled over to check things out.  the menu looked solid with some truffle dishes and a whole lot of meat so we settled in.

and with that we rounded out our time on the croatian coast.  so many towns to explore, so much to eat (especially for seafood lovers) and so many beaches to discover.  it’s no suprise that croatia has blown up as a travel destination and we’re glad to have spent as much time as we did there even though we wish our stay was longer!