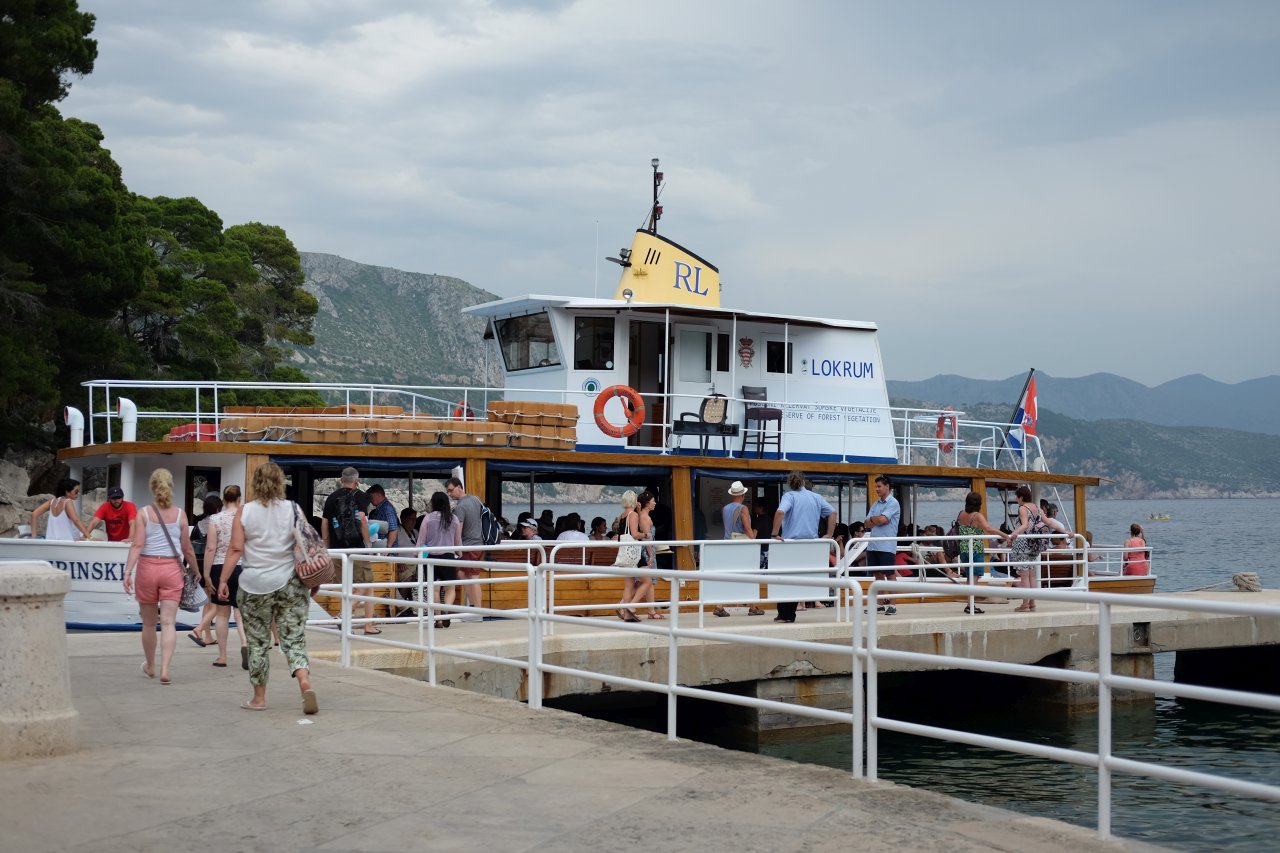 After our walk around the wall at Dubrovnik Old Town, the heat was so unbearable, we decided to hop on the ferry to take us to Lokrum Island where there are several cliff beaches as well as a miniature Dead Sea that we could swim in.

The ferry takes about 15 minutes and leaves every half hour from the Old Town Harbour.

Lokrum Island is very small and designated as a nature reserve. There is no car traffic except for maintenance vehicles and no one is allowed to stay overnight.

Upon arrival, we hiked up a steep trail up to Fort Royal for a view of Dubrovnik and the coast. Jojo and I were struggling to make our way up the hill due to the heat but Jlo powered on like it was nothing.

As mentioned before, Lokrum Island has its own miniature Dead Sea. It is a little salt-filled lake linked to the open sea. The minute we reached it, I jumped in. Normally I’m the last one to get in the water but not this time. The cool water was blissful.

The beaches here are all rocky. Water shoes are a must as there are sea urchins everywhere. We did manage to find a relatively shallow and sea urchin free area where the slope into the water was more appropriate for non-swimmers like us.

We got woken up from our naps by the sounds of thunder and quickly joined the exodus heading to the ferry back to Dubrovnik. They packed the ferry pretty tightly and at one point I had thoughts of Titanic flashing through my mind.

We made it back to land safely and watched the lightening show over Old Town. It was quite the show but we didn’t have the right camera equipment to capture the moment.

The storm did create the most amazing sunset which we did manage to get on our cameras.