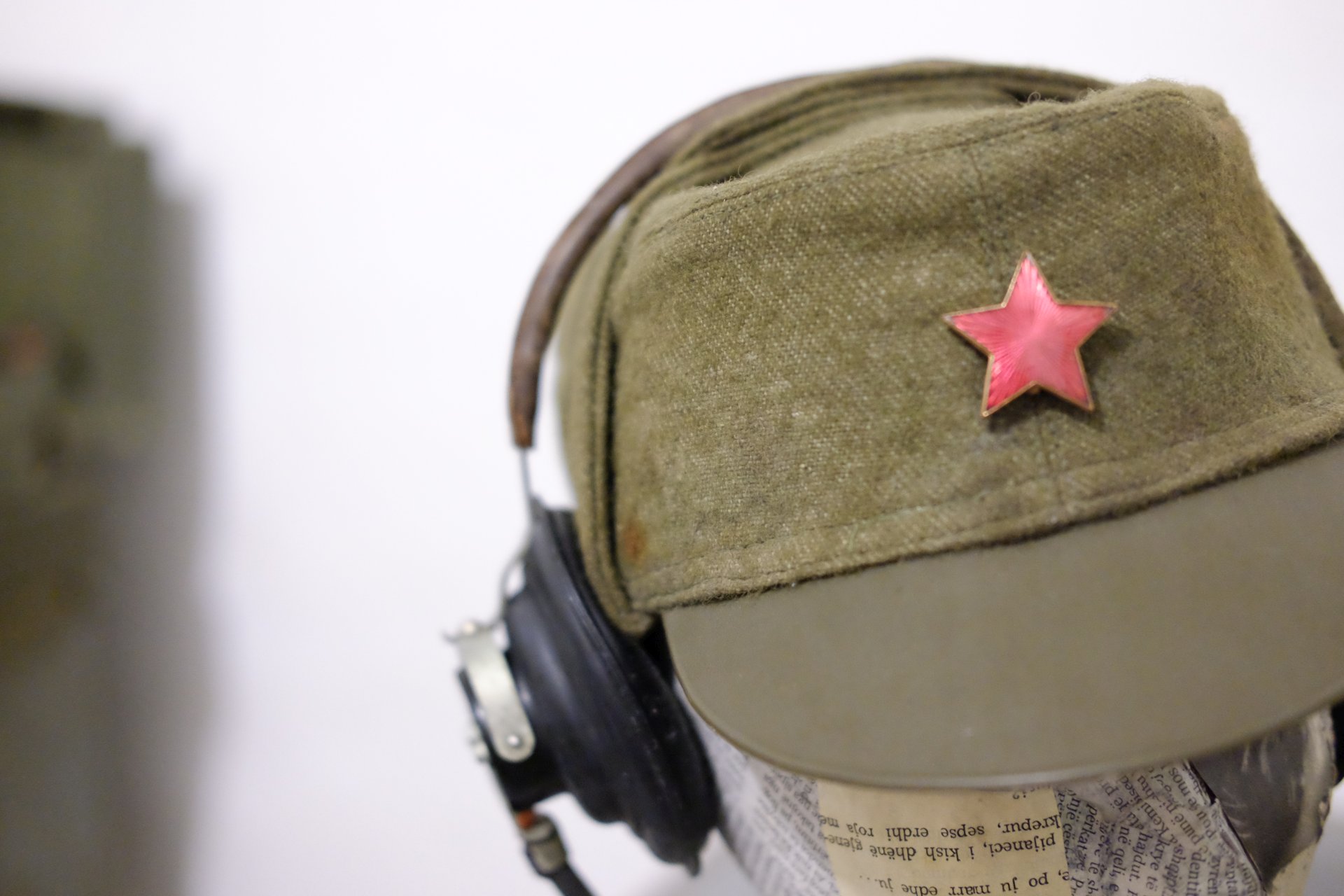 with one and a half days in tirana, we had just enough time to do a little sightseeing.  there were a number of museums in the core of the city where we were staying but one particular museum stood out from the rest.  while it would have been nice to see many historical artifacts taken from all parts of the country in the national museum, we chose to visit bunk’art, a museum and art space built into an existing nuclear bunker.

bunk’art was located on the outskirts of town but rather than dealing with renting a car in a city that treats traffic signals as merely suggestions, we took a cab to avoid getting lost.  and then the joke was on us.  we’ve noticed that albanian cab drivers are honest to a fault.  we haven’t had one rip us off like the rest of the world tries to do.  this driver quoted us a fare of roughly 1000 lek and being the cautious travelers we are, we opted for the meter which he was happy to do.  he then drives us down a road that lead to a military base (the same location that i had pinned on my google maps).  after asking locals for directions and getting turned away by actual miltary personnel, we went through a serious of winding roads that none of us had had any chance in hell of remembering.  eventually after another 15 minutes of driving, asking for directions, driving some more and asking someone else for directions, we made it.  or did we? the military guard at the front got into a discussion with our driver and we weren’t sure if we were supposed to go in or not.  eventually he drove us through and on the other side was a tiny booth with a bunk’art logo on it.  our fare ended up coming to 1250lek and the driver gave back some of our extra fare for getting lost.  apparently this bunker was only common knowledge to albanians as of a few years ago; top secret meant just that.  when enver hoxha passed away in 1985 and the reign of communism ended shortly after, this bunker was never made to be public knowledge.  so it sat idle until the city discovered it many years later. a ten minute walk uphill through the grassy backroads brought us to a concrete wall with a warning sign on it stating something along the lines of ‘this area is subject to power outages but we have a backup generator.  if & when the power goes out, don’t panic’.  ok! the purpose of this bunker was to protect the military elite in the event of a nuclear catastrophe.  five floors of concrete with countless rooms were built and outfitted to protect hoxha and his staff once the country was under seige by their numerous (and mostly invisible) enemies.

five floors deep, you can feel the cold air being pushed through by the german made air conditioning system.  littering the hallways are air purification contraptions made and shipped from their communist bretheren, china.  apparently there were tablets in these devices that were to be exposed to the air to clean it in the event of toxic gas making it through the air purification system.  the irony in the process is that those who were handling the devices in the past had needed to do so wearing hazmat suits.  typical chinese manufacturing! one of the first rooms on the top floor was enver hoxha’s office, the biggest and most comfortable of them all.  his was wood and fabric lined with enough room for a bedroom, office room and a meeting/living room, complete with a television, radio equipment and numerous telephones.

room after room of the bunker was filled with historical artifacts, pictures, army equipment and countless tidbits of information detailing the dark past of the country.  hoxha, as unruly and vicious as he was in carrying out his beliefs, was loved by many and seemed to have the country’s best intentions at heart.  post world war 2, the country had an extremely low literacy rate and he instilled programs and schools to improve those numbers drastically. though it took less than five years to build the bunker, all that time was for naught as it was never used by hoxha and his staff.  in fact, he had only set foot in it once to commemerate it after it was built.  with regards to bunkers, over 700,000 of these defence bunkers were built throughout the country.  none were as grand in size as this one but lining the coast you could see them on every beach, usually more than one in an area along the coast or in an area with a good vantage point.

this was one of the coolest walks through history that i’ve ever been through.  we expected to spend about an hour but probably spent nearly three as we made it to all the nooks and crannies of the tourable area.  with time for only one museum during this stay, this one gave us a solid education on the struggles of this country over the last century.

our short but sweet stopover in tirana