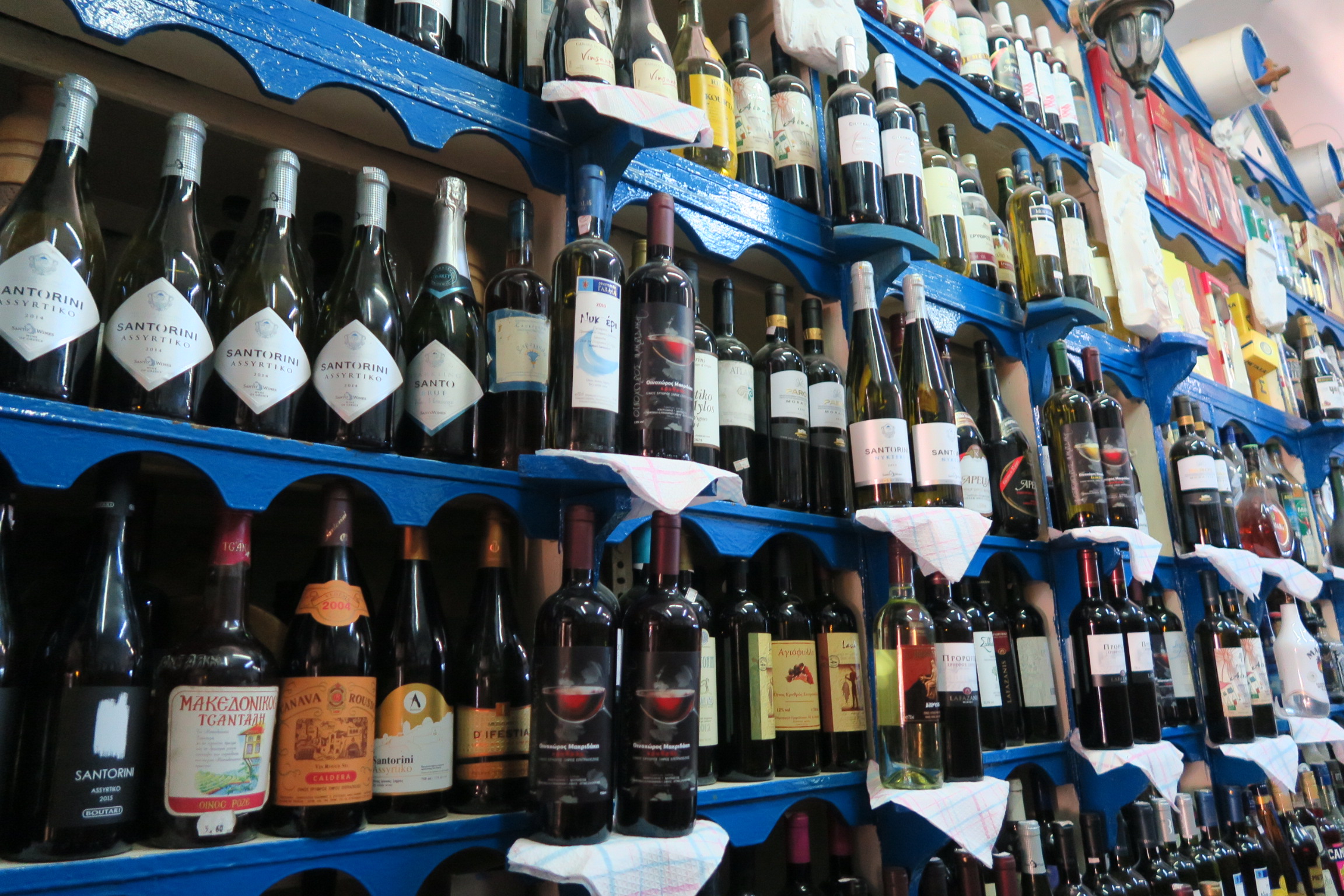 There are some pretty memorable characters from Santorini such as the host guy at this one restaurant that we pass by everyday. Joe made the rookie mistake of saying “next time” to him when we walked by him the first time with no intention of ever eating there. Kind of like saying “I’ll call you” to the date that you have no intention of ever seeing again. This restaurant is along the main road into town from our hotel so for the rest of the week, he would look at us with a very disappointed look on his face while shaking his head. We felt so guilty that we went out of our way to walk down the alleyways just to avoid his sad puppy eyes.

Then there is the bartender at Lucky’s Gyros. When someone ordered chicken gyro, he gave them a pork gyro instead and told them pork is better. When Joe cancelled an order of gyro, instead of a refund, he got a beer instead. Lucky knows best I guess.

The most memorable guy has to be the corner shop owner. We met him the first night we went by his store to get water. He was talking to two customers at the entrance of his shop and completely blocking anyone trying to get into the store. He eventually moved out of the way but only after he finished his conversation.

The store is actually huge and stocked to the brim with tons of stuff. There are bottles of wine stacked all the way to the ceiling on various precarious ledges looking like they are about to tip over.

Later in the week, when Joe bought a bottle of wine, the owner insisted on giving us something to go with it free of charge. After we said no to some cheese, he gave us this sweet slab of candy-like white stuff that only I was brave enough to try.

Although the corner shop owner came across rather gruff at first, he turned out to be a really nice guy.