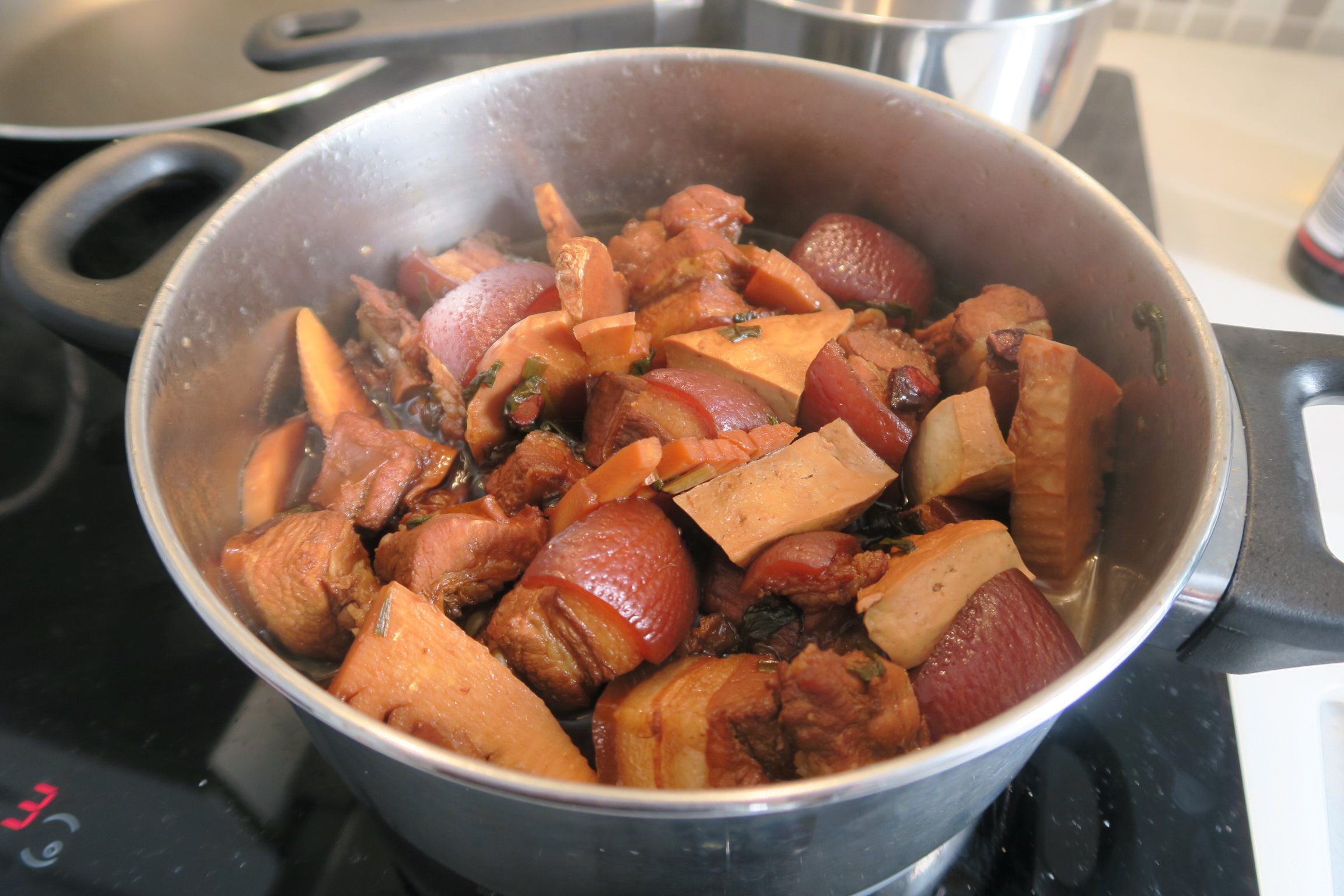 One of my favourite dishes to make at home is red cooked pork belly. Once in a while I would make a trip to T&T to get all the ingredients and spend a Sunday afternoon making the dish. It’s my comfort food and it’s been a long time since I’ve made it.

We managed to find dark soy sauce at a grocery store close by the airbnb and I thought maybe I could make a simplified version of the dish to go with the white rice we found in the cupboard. I noticed a Chinese grocery store across the street from Martim Moniz metro station and I popped in to check if by some miracle they would have star anise. Well, let’s just say there are indeed miracles in this world. Not only does the shop carry star anise, they have every conceivable asian food item I could think of. I had stumbled upon a mini T&T in the centre of Lisbon!

I ran around the store like a madman, crazily figuring out what other Chinese dishes I could make during our week long stay in Lisbon. I even managed to find a can of the bamboo I normally buy from T&T! Holy moly, what a find!

I get to the butcher shop close to the airbnb just before closing time. By dumb luck,  the butcher had a huge slab of pork belly on the counter. I just had to point at it and got myself three strips of pork belly. I had been prepared to mime pork belly which would’ve been interesting.

Once I got home, I excitedly start prepping all the ingredients. Everything came to a screeching halt when I realized I don’t have a can opener for the can of bamboo. Noooooo! I felt like Adrien Brody in the movie The Pianist when he found the can of pickles.

I hurry to the grocery store down the street to see if I could buy a can opener but was told by the shop keeper that I was out of luck. As I was leaving, the shop keeper told me to bring the can to him. Awesome, I guess he’s going to lend me his personal can opener. I hurry back with the can but instead of using a can opener, he proceeded to use a very large knife!

Somehow the Chinese kitchen god performed a miracle for me that day. All the stars aligned to make it possible for me to cook one of my favourite dishes in an airbnb kitchen far from home.

I later find out that Martim Moniz neighbourhood has lots of Chinese and East Indian grocery stores and restaurants as it’s a very ethnic diverse area.

3 thoughts on “I Believe in Miracles”