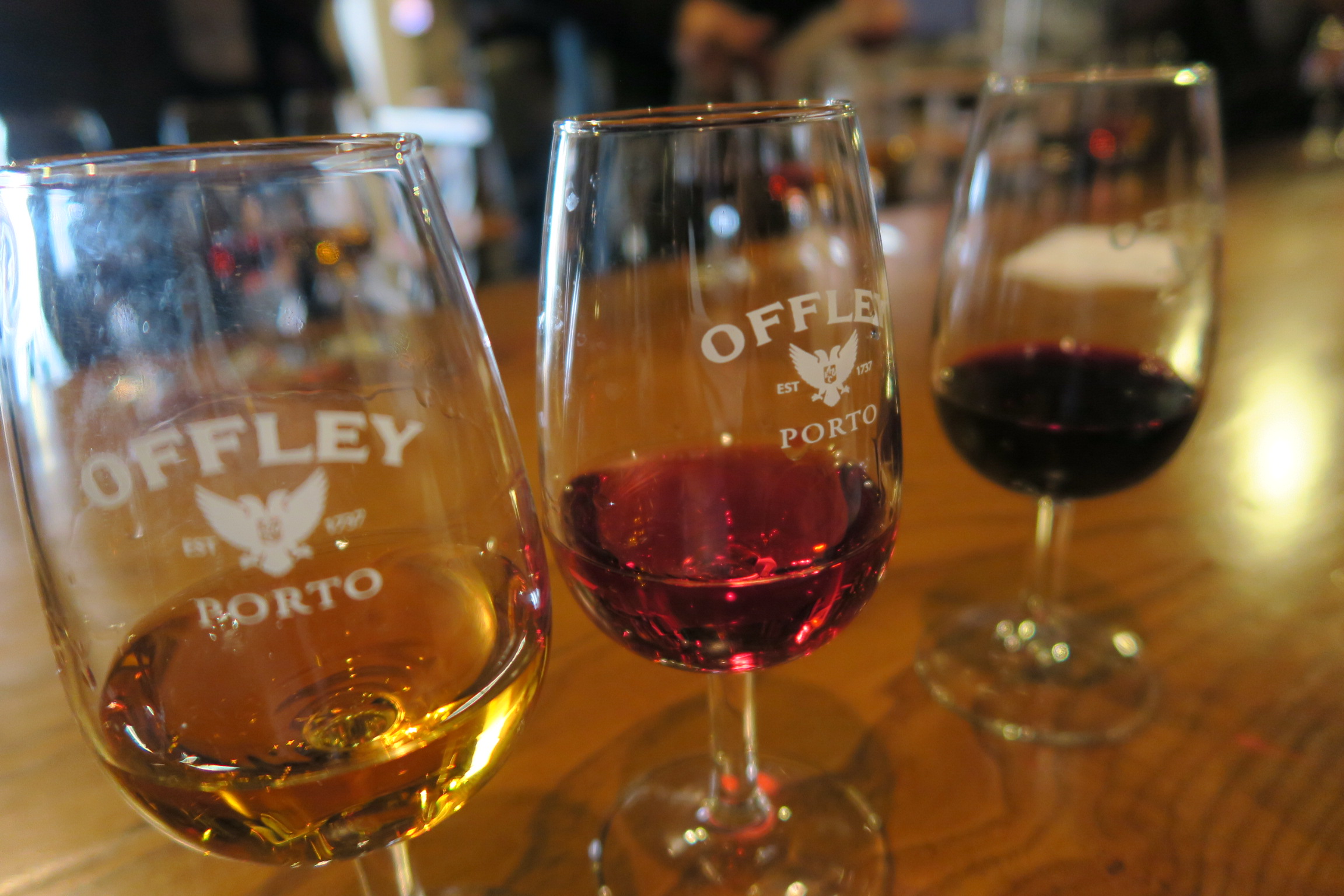 port wine is a portuguese speciality produced only in the duoro valley north of the city of porto.  the city itself is quite small and a lot of ground can be covered quickly in terms of sightseeing so we spent an afternoon walking around the vila nova de gaia area of the city which is home to over 60 port winery ‘caves’.  with little to no experience in drinking port and so many wineries to choose from we randomly picked offley; we saw their names on enough bottles from restaurants plus it was also off the main riverbank strip which gave us an opportunity to explore the meandering streets of vila nova de gaia.

as for the tour at offley, we walked in at the right time.  one was starting in just a few minutes so we jumped on in.  there are many options you can take for the tour with the main price difference depending on which types of wine you’d like to sample.  including some of the more ‘refined’ ports, this could run you up to 20something euros.  we opted for the 4 euro tour which gave us three ports to sample, including a reserve edition, not that i have any idea what the differences are 🙂

our tour lasted about 20 minutes and we walked through the wine cellars filled with what seemed to be endless barrels.  the duoro valley near the city is world famous for their wines because the topography is so unique.  temperatures get very hot in the summertime, the soil is very fertile and many of the vineyards are clinging to the steep cliffside in a staircaselike formation.  this is the only region in the world where all the grapes must be picked by hand and manually transported to the processing area.  in the olden days this would mean that pickers would have to haul bag loads of grapes up to 50kg in size on their back in the sweltering 40degree sun.  nowadays they’ve shaved it down to a mere 20-25kg.  chalk that up to another job that i can’t handle.

the tour concludes in a large tasting room and we were greeted with much more than just a taster size, for my expectations.  we each got three large pours and just as we finished our first and felt like they gave everybody too much, a look down our 20 man table proved otherwise.  56 empty wine glasses in total and only four that haven’t been touched.  yeah, we’re kinda weak.

the flavours were quite intense and it was much more sugary than i would normally prefer but i’m glad i tried it.  i can see how it would pair will with cheese, not that i find myself munching on blocks of cheese that often.

so if you do come to porto, pop in for a port tasting or two (or ten).  this is the city’s calling card… let them give you a tour for you to sample the local fare.  at the very least, you’ll get a lot of big pours for the price of a sandwich