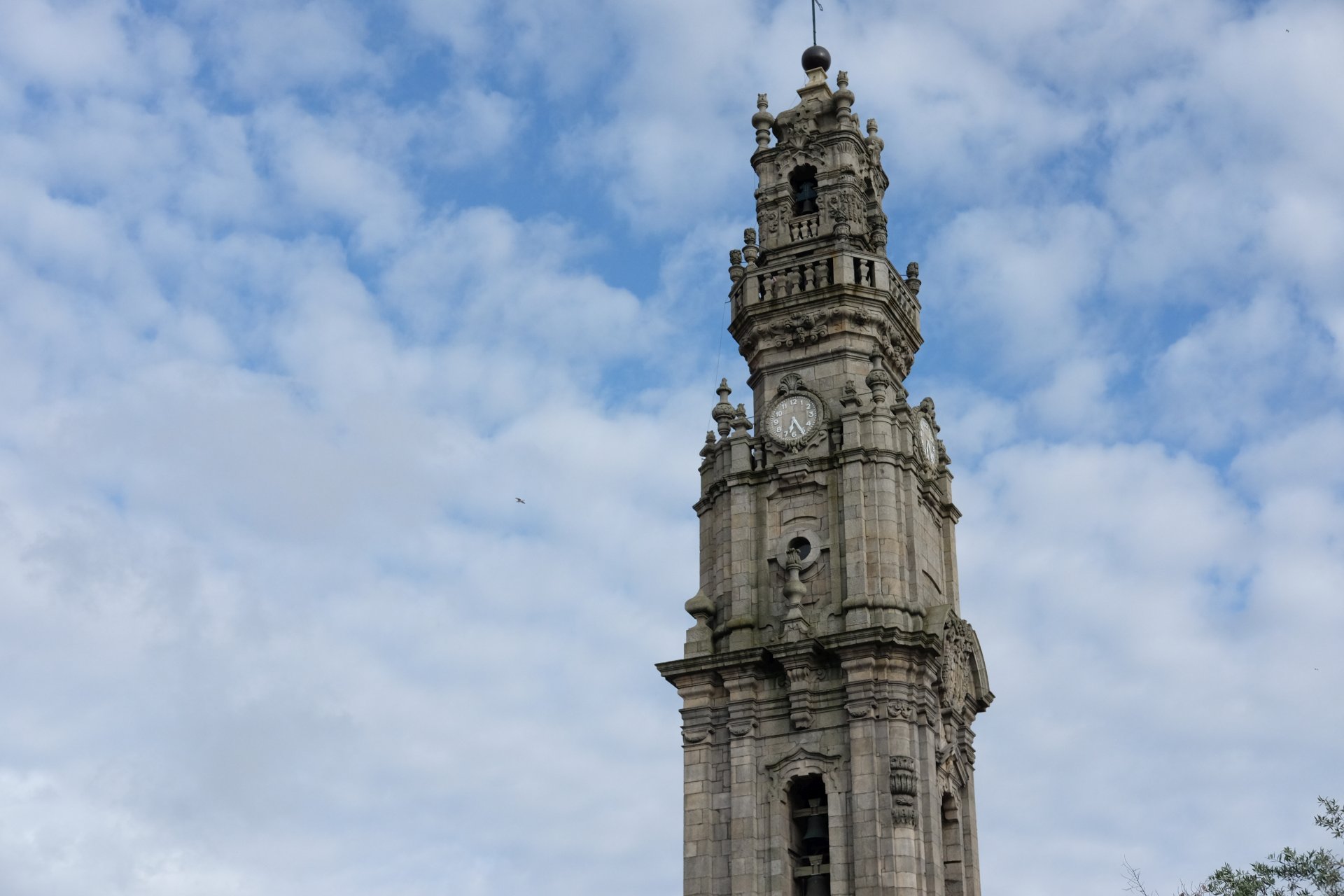 so we found ourselves in porto, another european city rich with history and as we were planning out our daily itineraries, both of us let out a collective sigh as it came time to decide which sights to see.  i’m trying not to be jaded but it feels like we’ve seen so much in such a short span of time that my body has hit its limit for ‘old european shit’.

we passed on the cathedral because… well, it’s a church.  after la sagrada familia, everything else is just another a building that i have no business being inside.  so next up is the cleric tower.  my understanding of what a cleric is and does is based off my dungeons and dragons knowledge when i was growing up.  that, and the tower had a good view of the city and was close to us.  challenge accepted.

after we get to the site, we pay our 3 euro admission fee (what a huge discount from la sagrada’s 29 :/) and start the hike upstairs.  round and round we go up the tower.  the higher we go, the narrow the stairs become.  we pass three floors; two of them with historical tidbits on the timeline of construction as well as materials used and the third floor housing an interactive display of real time cameras from the top tower, looking out at the whole city.  touching the display brings up some info on the monuments/buildings/areas in the distance.

you can’t see much from here as the tower’s design only allows for narrow vantage points.  we continue upwards to the highest point in the tower… the stairs are barely wide enough for one person yet we pass a sign on the door that reads ‘please keep right when walking up’.  we tried and each time we passed someone it was like a free grinding session.  added bonus to our already cheap entry fee.

up at the top is where the promised land is.  it was a little overcast on the day that we went but we still managed to get great views across the water to vila nova de gaia (where the port flows freely at its many wineries), eastwards to the main plazas, westwards towards the atlantic ocean and northwards up the hill.  orange rooftops as far as the eye can see.  don’t think i can ever get sick of europe for this one sight alone. having said that, i’m definitely at my limit for ‘old religious shit’.  i’m all for culture and learning about the country that i’ll be staying in but as for anything to do with carpenters, clerics or nipple milk, i’ll likely be passing on it in favour of something else… anything else really.  we have roughly three more months to go in europe and i’m sure there are some historical areas we’ll be exploring.  i’ll have to keep an eye on my religious building quota.

so yeah… 3 euros.  great vantage point of the city, not very crowded, could take you up to an hour or so if you walk through the whole complex and it’s very close to some greenery across the street (a rooftop garden of a six shop complex) as well as the lello & irmao book store, made famous from the harry potter movies.