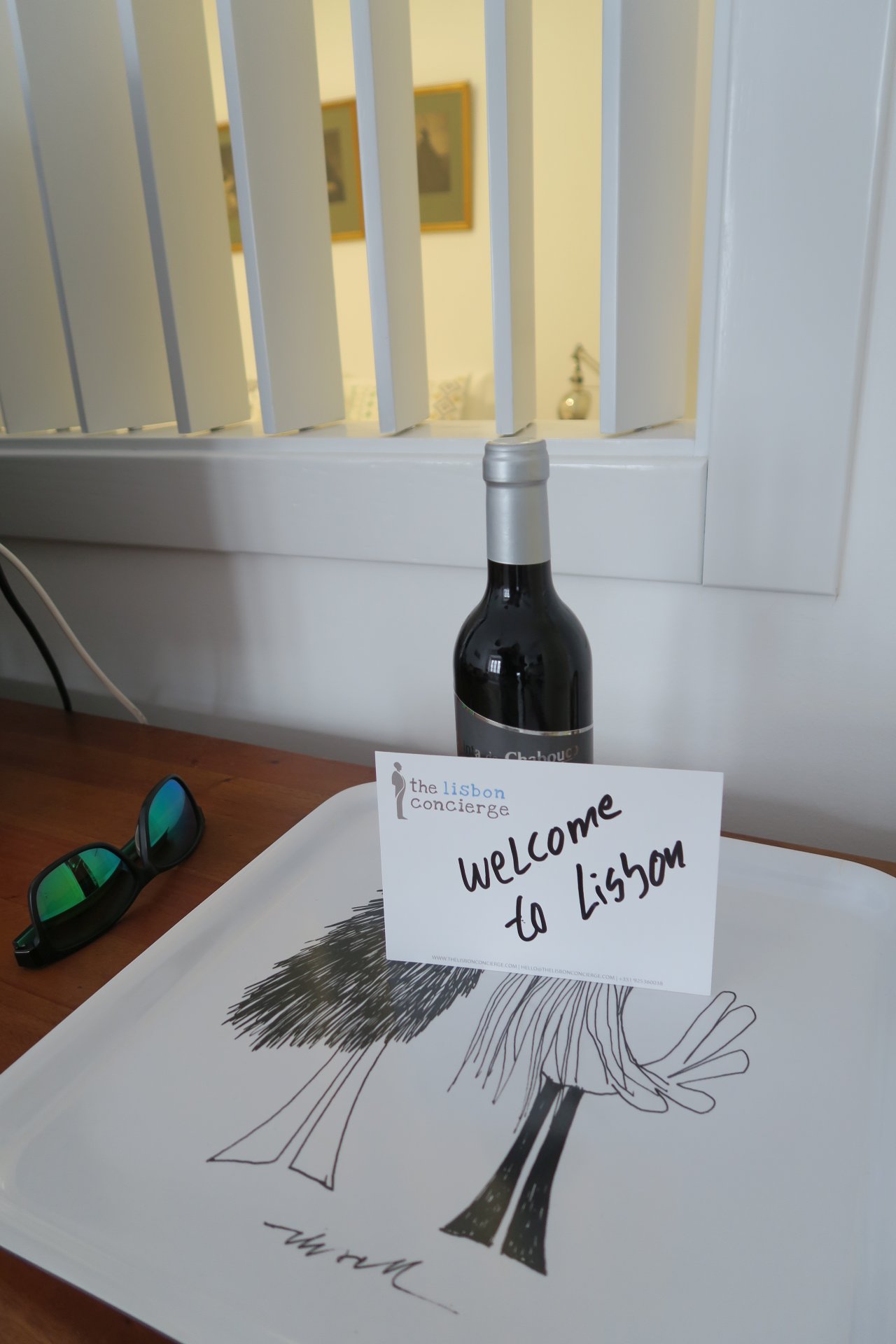 q. current home/addy where i stayed (neighbourhood) and how long
a. lisbon (airbnb, baixa, 7 nights)

q. favourite meal
a. maybe the toughest week to recap for food.  our lisbon stay involved:
i) home cooked chinese meals for almost all dinners and most breakfast/lunches.  white rice.  saucy noodles.  dumplings.  KOBE!
ii) a constant (but reasonable) diet of portuguese egg tarts.  if i didn’t think these were the best two bite desserts before, i certainly think it’s true now.  so many stores with so few days.  my belly is a custardland.
iii) really only one dining experience that really stood out, that being restaurante b and b in cascais.  it was our last night in portugal and i think there was a little sentiment tied into this dinner (not that the food wasn’t excellent).  we saw a sign that spelled out ‘tipical portuguese food’ and followed the breadcrumbs.  what we found was a small french-portuguese restaurant away from the busy square that served up:

46 euros in total for the dinner with a coffee to close it out.  the wine was a little on the pricey side at 9.50 for a half bottle but i couldn’t talk myself into drinking a full bottle strictly for the value (god knows i wanted to).  i can’t recommend this place to anyone looking for fine dining but after talking to the man running the show, he puts in the work and he deserves the business.  the quality of food to cost ratio is definitely a good one.

q. most memorable moment / best highlight
a. opening the cupboard after arriving at our airbnb and finding a bag of white rice.  i think our conversation went something like this.. ER. MAH. GERD.  after three and a half weeks of eating nothing but tapas, burgers, pastries and sandwiches, you can imagine the look on our faces when we found these little grains of goodness.  we immediately started thinking about what we could make to supplement the rice and with the neighbourhood butcher shop closed and us not wanting to trek out too far, we pieced together:

nothing spectacular.  in fact, if you’re reading this you’d probably liken these pictures to something you’d find at an establishment that serves ‘chop suey’ but we ate like ravenous animals.  the only difference is that we ended the meal with smiles on our faces instead of blood.  white rice… how we’ve missed you so.

q. what i miss most from home
a. friends.  this is about that time of year where we spend most of our days and evenings slumming around whistler’s slushy park, tennis courts, the seawall and anywhere else that doesn’t have a computer or a tenant who needs help fixing their <insert useless item here>.  it’s fun being on the road but there’s things at home that i now realized i took for granted

q. next stop
a. copenhagen, denmark

q. weirdest observation about current culture
a. the portuguese are so nice that it’s as if getting behind the wheel of a car transforms them in to some evil mix between joseph stalin and mario andretti; they’re complete maniacs when driving but unlike the other psycho drivers of the world (ie: the mainland chinese), they don’t honk.  i swear that they’re using the force or are driving in bullet time and are able to make these amazingly scary and awesome turns without raising an eyebrow.  example: our bus driver in calcihas was turning in a roundabout but some lady doubleparked her car.  he starts to inch towards the car while shaking his head and then he full on accelerates and misses it by less than a foot (i was sitting in the front right seat of the bus).  he calmly drives off and hits 80km/h on a city street with pedestrians… while calmly gripping the center of the steering wheel with both hands.  to put this into perspective, he ‘only’ drove 90km/h on the highway.

q. one tip i would give myself if i were to come back
a. i am and i will.  we contemplated it while in porto and i think we’re convinced that when we come back to portugal, we’ll be going north to braga while the weather is still warm.  i’m also hell bent on knowing how to swim by then so i can do my best dicaprio impression (or daniel craig)

q. friends i’ve hung out with/visitors
a. been on our own for this leg

q. one random/weird/cool thing i learned about the country i’m staying in
a. the portuguese language.  my knowledge of the portugese culture extended as far as egg tarts and soccer.  horrifying, i know.  being so close to spain, i also assumed that their languages would sound quite similar as many portuguese can understand spoken spanish however the opposite is not true.  to cut to the chase, i find it such an intriguing language.  to my ears, it flows smoothly like french but can be sharp like some eastern european languages.  and it’s close enough to slightly resemble spanish but different enough to be discernable.  ie: cheque, please = la quenta por favor (spanish) & a conta svash favor (portuguese).  i was dabbling with the idea of studying spanish over the summer before we get to south & central america but i’m thinking i should probably look into portuguese as well

q. one new experience/memory that will stick with me
a. our daytrip to cascais.  we were being lazy buggerinos for the two previous mornings and slept in past our intended departure times.  on our last day in lisbon, i/we pushed ourselves to get up and make the 40 minute trek there and then renting bikes to go north up the coastline.  we made it to guincho beach and settled down here for a few hours on a beach that was more or less desserted with under 20 people on it, big waves crashing into the shores, near 30 degree temps and soft, soft sand all around.  the path to and from guincho took nearly an hour each way and the ride was completely along the coastline; blue waters from black cliffs and a pristine clay-red-coloured bike path the whole way there.  go figure that our most memorable day in portugal was one that we almost slept away.

q. portion of luggage that’s been the most & least useful
a. my new pair of natives.  my other 5euro pair that i bought from primark in madrid can finally get tossed out the window.  best. summer shoes. ever.
least useful: gopro, gopro, gopro.  go home already.