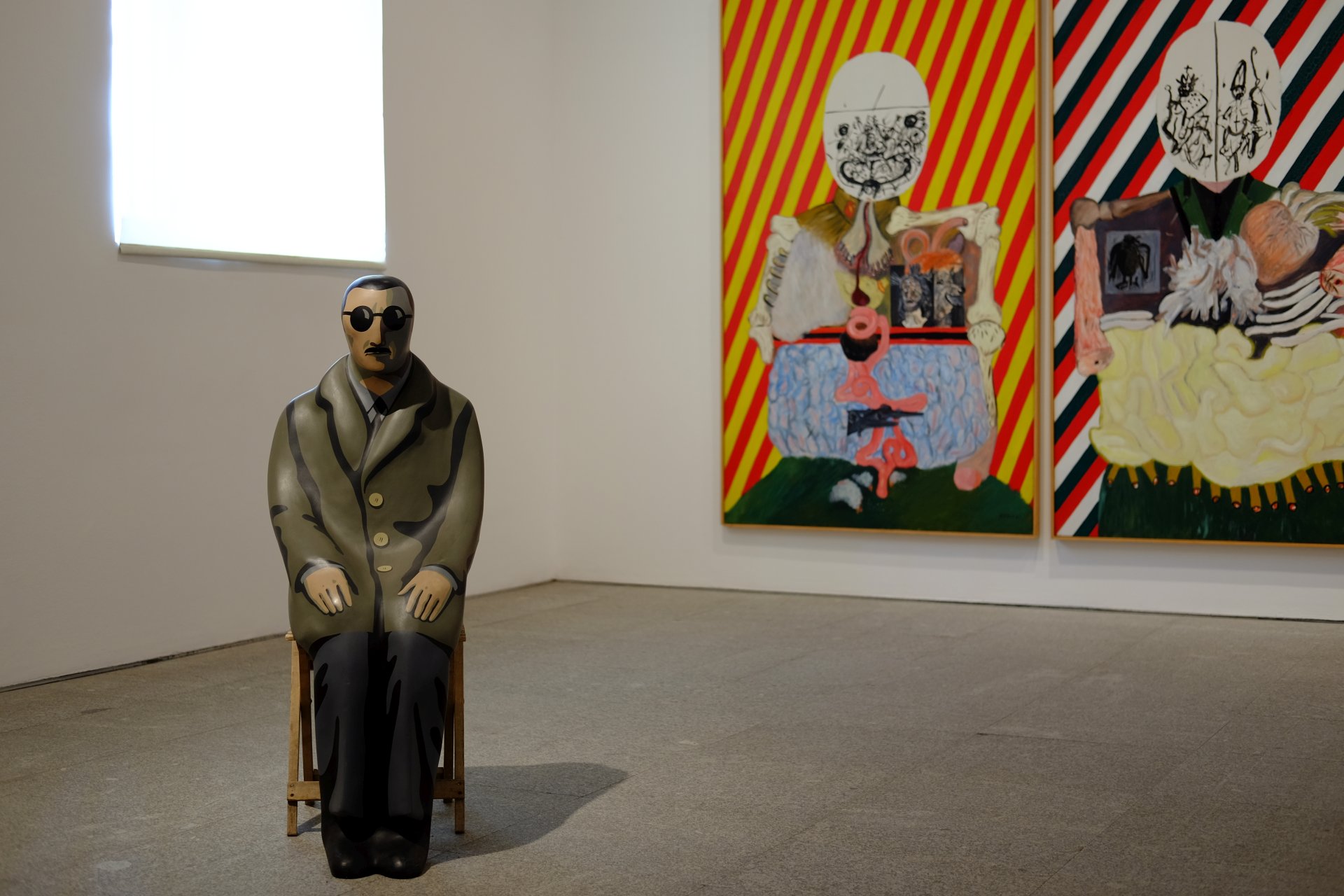 since the weather wasn’t on our side, we opted to spend most of another one of our rainy days inside the friendly confines of some museums.  there’s a trio of museums in the span of a few blocks and if one was interested in visiting all three of them, there’s an art pass available which would save you a few euros.  another option is to get the madrid attractions pass which give you access to a whole plethora of places however you can get that one to cover 1-3 days i believe… and with our short stay we opted against doing it that way.  a great way to save some money though if you’re ok with a jam-packed itinerary though.

on our way to the prado museum, the sidewalks are lined with used book stalls and you can find books on everything from tintin to hitler.  wish we had more space in our bags to bring back some of the cool finds…

cost: 14 euro (additional costs for guide book and audioguide)
what i liked:
-about 60 people in the lineup up front which moved quite fast
-the georges de la tour temporary exhibit. seems like he was a man who was only recently discovered though his artwork dates back to the early-mid 1600s. his topics were musicians, ordinary men and women in daily life (workers, card players, pickpockets) and some religious work towards the end of his career. his style evolved from flat 2-dimensional side profiles to very detailed 3-dimensional works with lighting sources such as candles illuminating parts of the canvas. the attention to detail is what drew me to his work; i’ve always found lighting to be very tricky even today in the visual effects world. accounting for this hundreds of years ago in paint strikes me as impressive for whatever reason

-francisco goya’s exhibit. his dark and ominous style coupled with heavy, powerful strokes stood out like a flame amongst the hundreds of other pieces with the same colour palettes and subjects. we did not happen upon his section until the end which was nice to end the museum on a high note once our feet were feeling the burn. goya’s remains are at the panteon de goya near the principe pio metro stop; it is a small cathedral with some artwork from what i heard and it is free afaik, not that we were able to make it there. the larger goya museum is in castres, france and i think would definitely be worth the visit

what i disliked:
-hordes of people. while the line moved fast, once inside it was family upon family and even tour groups clogging up the hallways
-religious paintings. so many of the same people. we get it, you like your fake god.
-nipple squirting (i’m not even kidding). countless paintings of mary not only squeezing her breast like a water balloon but squirting (in one case it was over 7 feet long) milk into the mouths of men who didn’t look unhappy about the process. i’m not even going to bother research what this is all about; i don’t need these results to show up in my google search history. rest assured, it’s weird as hell
-the winding nature of the museum. set up similarly to the louvre, i think you could end up doubling back a few times if you were hoping to not leave anything untouched
-a little stuffy and dry. there are always things that catch my eye in historical/religious museums but i’m not going to lie, there’s only so many pieces i can look at before my eyelids start to get heavy and my feet start to feel like bricks. benches get more attractive looking over time and my eyes will start to wander towards the outside in search of freedom. though it was pouring buckets on this day so i felt more like a cat staring outside, wanting to go out but at the same time, not wanting to go out. nonsensical i know. i might be turning into a cat.

by the time we left, the downpour was in full effect so we stopped by a nearby cafeteria until the rain subsided… cervecerias los gatos (aka: bar for cats); it was recommended by a blog we found, nearby and we swear we had no idea it was a bar for cats although there were none to be found.

after a lunch break and with the rain still lightly coming down, we opted to stop by the contemporary art museum which was close by and even more affordable.

what i liked:
-no lineup
-modern art combined with contemporary (aka blotches on canvas)
-the first floor (possibly a temporary one) exhibit for wilfredo lam. we were able to view his work across various stages of his life, as he was developing his artistic sense to after he had lost his wife and child. the range of innocence to abstract work and then to pieces that conveyed pain and anguish; i found the large exhibit to be very moving as i had not seen such a large range from an artist before
-the ability to take pictures if we so desired
-five floors of exhibits allowing the already thinned out crowds to spread out
-some of the exhibits are quite amusing as there was more humour when artist didn’t have to worry about the plague or scurvy, just a hunch

what i disliked:
-the hit or miss nature of contemporary art. without fail, i never leave a contemporary art museum without scratching my head at least once. i recall a completely black canvas getting the middle spot on a wall in the samsung leeum museum in seoul. i didn’t see anything quite so ‘original’ at the reina sofia but some were pushing those limits
-the massiveness of the building. i was expecting a smaller scale museum than the prado which was not the case. i’d guess it was the same if not bigger however it was laid out in a square over five levels which made it very easy to navigate

the prado was highly recommended on almost every madrid guide we’ve seen and while it was a well done attraction, i’m not sure i would recommend it to those that have a limited amount of time in madrid.  had the weather been better, we probably would have only gone to one of these. in their defense though, neither were particularly expensive and they were not nearly as busy as the ones in paris (memories of the louvre make me gasp and shudder at the same time)