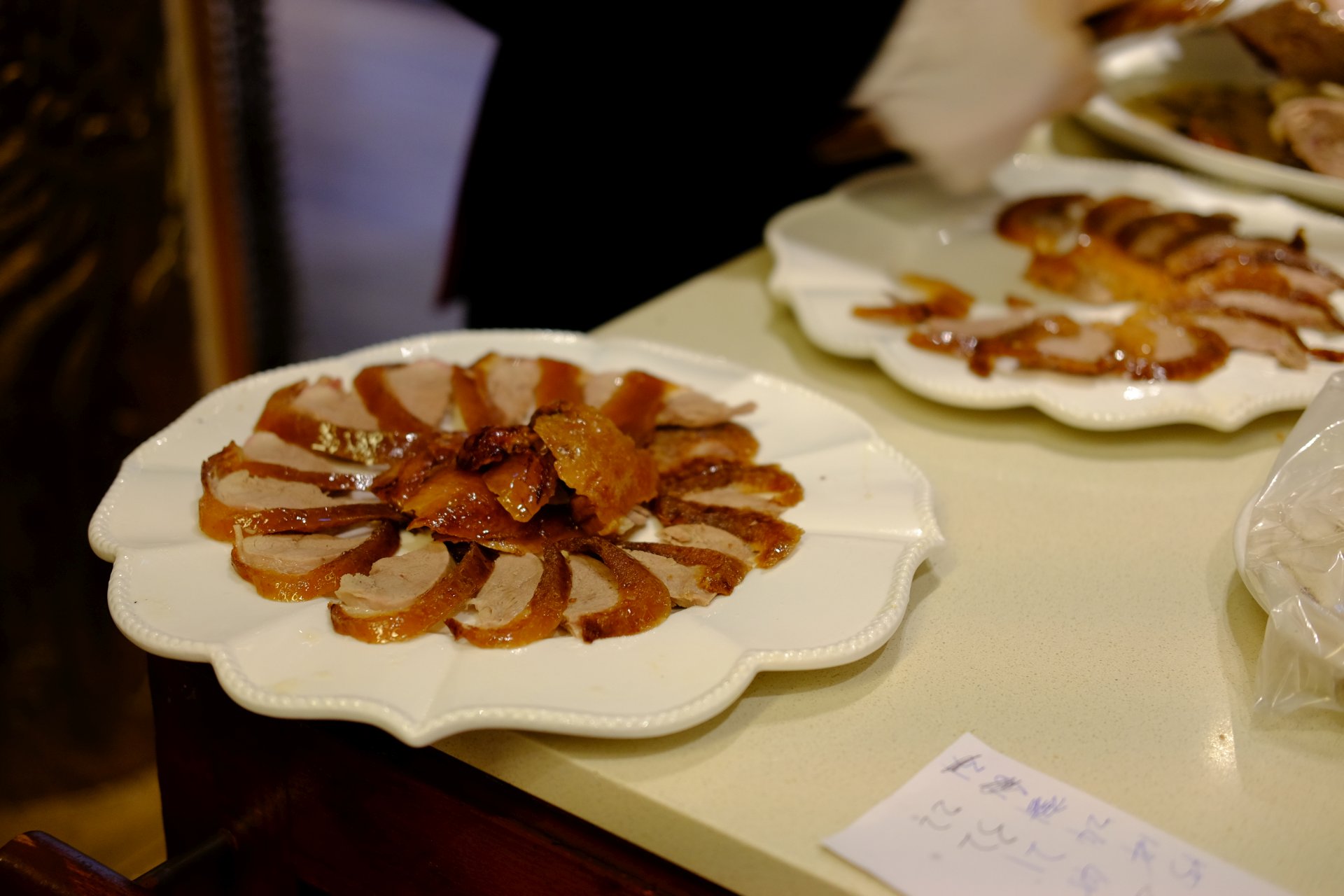 the last month has been great as we’ve had the most amount of face time with friends but actually got to spend time with family in hong kong.

we were fortunate enough to stay at my uncle’s apartment and had breakfast and usually dinner together.  les makes some amazing food and it’s been a refreshing change from eating out everyday.  lots of vegetables, white rice and saucy home cooking like oxtail stew.  we’re in a city that has every type of cuisine to feed your craving and all we wanted to do was stay home and eat her cooking

my cousin was kind enough to bring us out for a few meals, the first one being at the yacht club (oh, the life of the high and mighty).  the yacht club sits right on the water on the hong kong side of the bay so the views were amazing even with the overcast weather.

they were running a steak promo when we had gotten there so we all got ourselves a thick slab of meat.  victor went big.  he ordered a whole chateau briand to himself; meant for two people.

he didn’t stop there.  he hit a home run for dinner as well… we ordered four desserts between the four of us and i think he had at least 2 1/2 to himself.  been ages since i’ve had cherries jubilee.  so good, in moderation!

we also got treated to the one thing i was hell bent on getting in hong kong this trip… peking duck.  vancouver has our share of good chinese food but after my last trip here, i fell in love with how they do peking duck in this city.  granted, it’s more expensive but that’s where hk excels.  this was an awesome lunch from start to finish though we definitely could’ve done with a lower-end restaurant

my uncle treated us to a lunch at the american club on the final day.  finally satiated that burger craving of mine and liz got her noodle fix

even got to scope out their newly re-surfaced courts.  clay!!  (or har-tru, either way it looks like slide-city!)

wish we could’ve spent more time with family but time seems to go so quickly in hong kong.  until next time!

playing with (a ring of) fire at our sichuan dinner