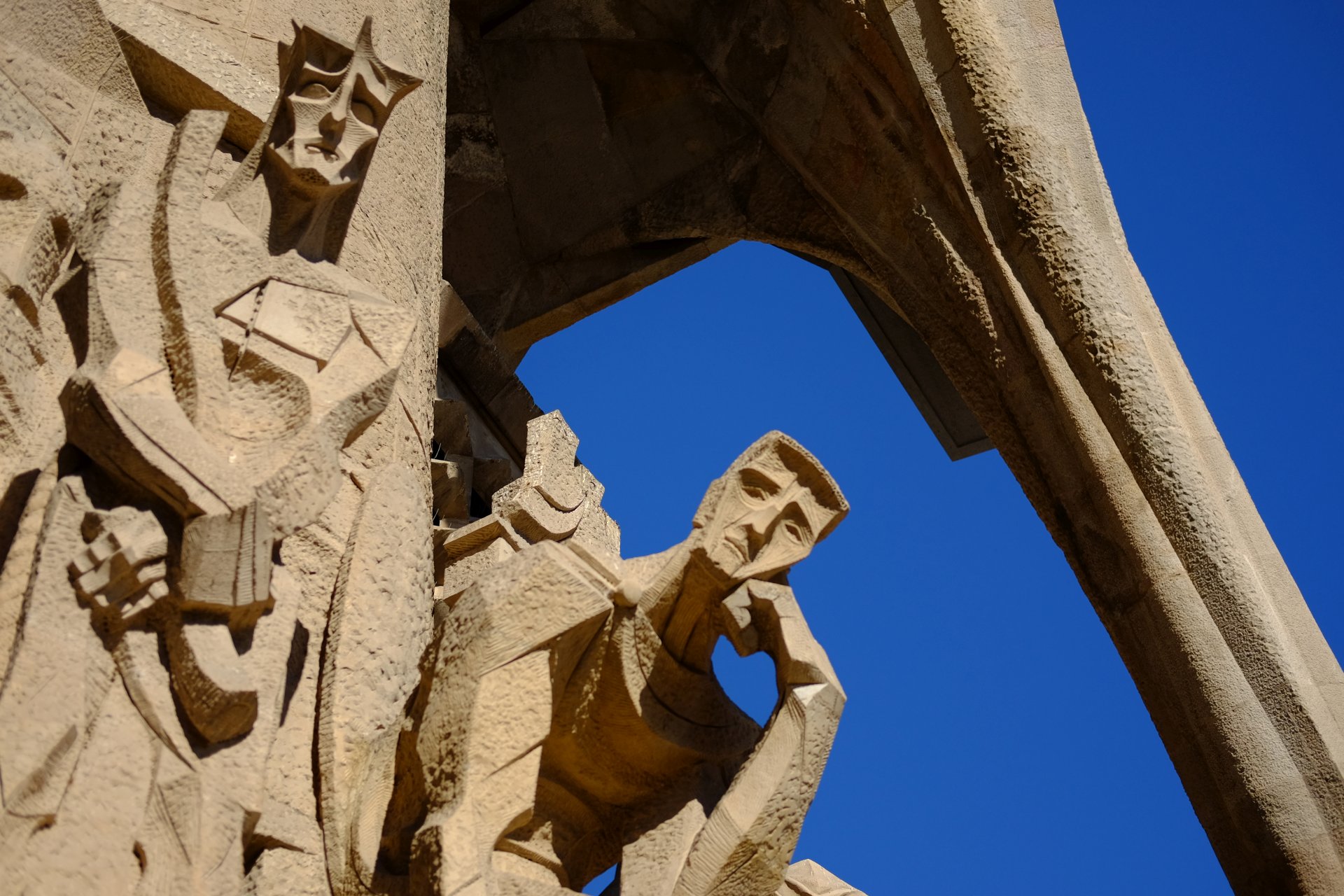 -cool, crisp air.  i’ve actually gotten used to the hong kong and taipei humidity where it feels like you’re breathing in butter.  to get back to oxygen feels amazing
-sleeping 16 hours to kick the jet lag.  had a 1045pm flight from hong kong with a 3 hour layover in instanbul at 5am.  the second worst travel day behind my adventure from vancouver to niseko to start this trip off
-how the city wears its age like a badge of honour.  the streets are narrow with walls vaulting up on both sides of you.  the basilicas… i can’t even comprehend how they were built all those years ago.  and then la familia sagrada; though constantly under construction is mind bogglingly beautiful once you set foot inside.  pictures don’t do the architecture justice

what do i dislike?
-the fluctuations in temperature.  one second it’s over 20 degrees in the sun and then a breeze will come along that feels like an arctic blast.  it might not have been so bad had we come from home but leaving the land of 25-30 degrees and high humidity, it’s been… different.

biggest adjustments from the previous stop?
-everything is so. extremely. slow.
-people don’t walk, they saunter.  la di dah.
-this city also feels empty.  from a city of 7 million down to 1.6 million, barcelona feels like a ghost town outside of the tourist areas
-there’s so much space, greenery and colours in general.  major culture shock.
-urinals are high.  some above waist level.  when you’re doing the pee dance, this gets really interesting.

what was our first meal?
a diner down the street from our airbnb, recommended by our host, pascal.  potato pie, layered with meat and cheese and topped with meringue.  so yummy.  got churasco as my main, a bone in skirt steak that spilled over the edges of the plate.  go to europe they said.  portions are smaller they said.  yeah right.

overall impressions?
i like barcelona or what little of the city i’ve seen thus far. the city is quaint with lots of history as evidenced in the architecture.  it’s very clean, the weather’s brisk and the food’s great.  we’ve been dying to get back to europe since our trip to france and italy in 2014.  time to take it all in.

haha:
what do i like?
Cafe con leche – done perfectly, even at McDonalds
All the Gaudi architecture is amazing.
Patio dining!
All the cheap wine that comes with menu del dia, I need to get better alcohol tolerence.

what do i dislike?
Getting to a free and clean toilet is like finding the holy grail of the day. Most toilets are paid and the free ones either have super long line ups or they have questionable cleaniness. One lavatory had a huge dude guarding the door and once you pay the entry fee, the wall slides open to reveal the washroom area. Once in, you’d expect to have an immaculate toilet with all the suppliess…no such luck.

biggest adjustments from the previous stop?
It’s cold in Barcelona in May. People are still wearing coats and jackets like it’s winter. Coming from Taiwan, Hong Kong and Phillipines where it’s shorts and sandals weather, it’s been an adjustment to wear warmer clothes again. And it being the carry-on life, I’m pretty much wearing every single piece of my warm clothing all at once.

what was our first meal?
I had red peppers stuffed with cod and potato mash as starter and sausage & fries for main. Chocolate cake as dessert. very simple but extrememly tasty. overall impressions?
The food here is great, prices are definitely more expensive than Asia. I’m happy to be back in Europe and the patio culture. Will have to adjust to eating late lunches and dinners and not having access to eating 24 hours a day.

2 thoughts on “first 24 hours in barcelona”