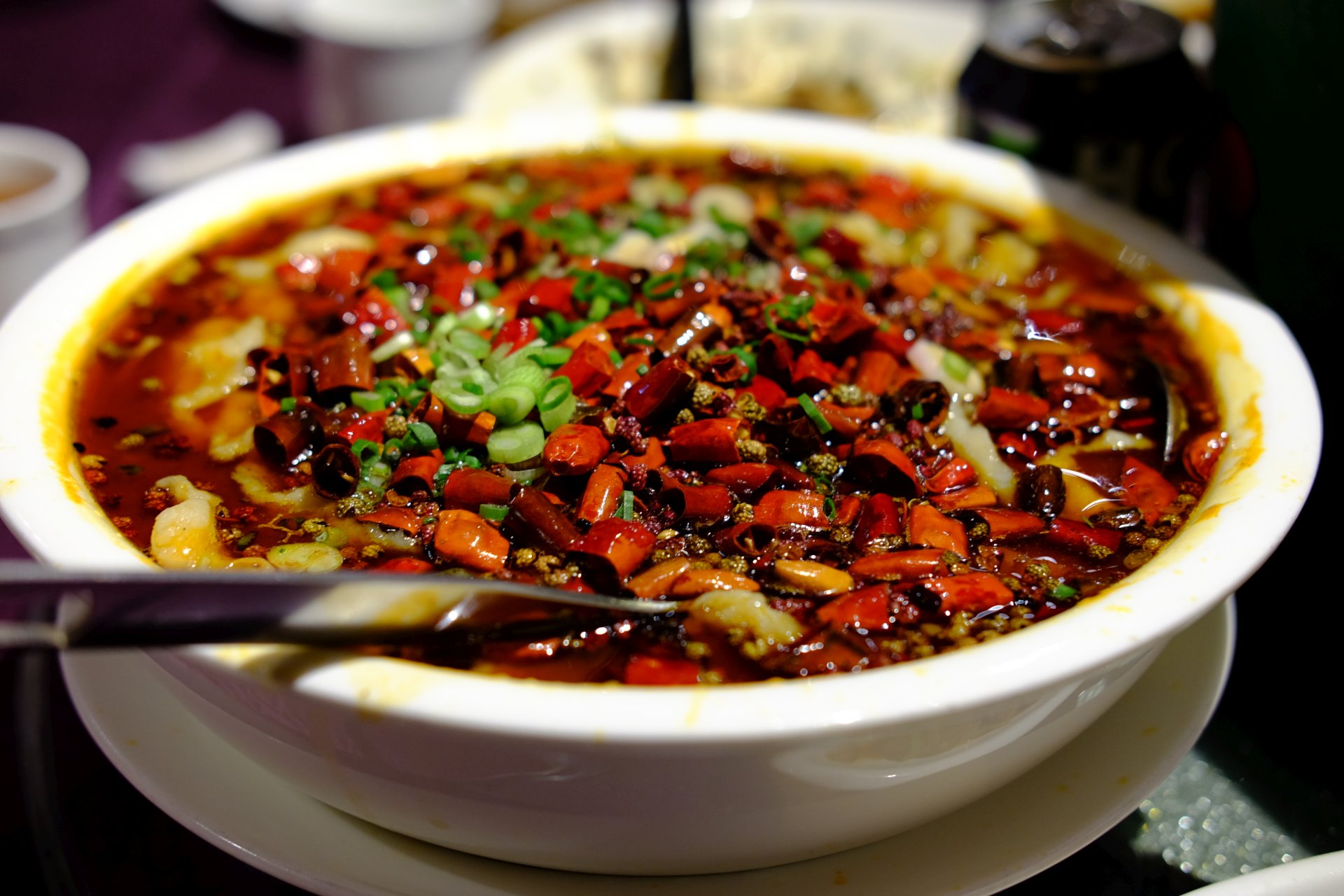 it’s been years since i’ve had a sichuan meal.  matter of fact, i think the last time i had one was here in hong kong five years ago.  there was only two of us that time and we ordered 3 dishes including the chili boil soup, a must have, and that was waaaaay too much food for two of us to consume without purging in between.

this was a different dinner completely.  it’s been years since i’ve met up with this crew and everybody’s an ex-pat from vancouver who have made their mark in and settled down in hong kong for the long haul.  an even better hookup is that gerald is now rocking a job importing craft beer into the hk scene and he brought along a killer spread of ipas, ales and hoppy lagers that we could conveniently dump into an ice bucket on our lazy susan and drink at our leisure.  gotta love how hk does it!

as for the food… most of it looks the same and even tastes the same.  then again, since your tongue is numb by the third dish, does flavour even matter?!  i kid… it’s all awesome and i wish i could eat it more often provided that the restaurant doesn’t skimp on the sichuan peppercorns.  mmm so fragrant, love the smell!  i think the last thing we ate with this flavour was kikanbo ramen two months ago in tokyo!

everybody ate well yet cautiously.  about halfway through the dinner, karen exited for a good 10-15 minutes.  by the time we realized she was gone she sauntered back in, plopped herself down at her seat and started on round two.  gotta go all-in on dinners like these.

being the beer slut i am, gerald brought us over to the roundhouse, a small bar that pours 30+ taps from all over the world.  there were plenty of american and european taps but they also had two local pours on cask so i opted for the lucky monkey from hong kong brewing co. oh so creamy. a little bit of hop due to it being an isa but super refreshing after that spicy dinner

great to see that craft beer is alive and well in hong kong.  seems like it’s not only caught on but it’s spreading like wildfire.  the available taps have been nicer than i’ve seen in seoul and tokyo as well.  plenty of big and heavy brews as opposed to the predominantly lager-ish offerings seen elsewhere in asia.  i’m excited to see how much it changes by the next time i stop by. i’ve said it before but i’ll say it again… we’ve been so fortunate to have spent such a large portion of this trip with friends.  what’s great is that years will fly by but that’s all that really changes.