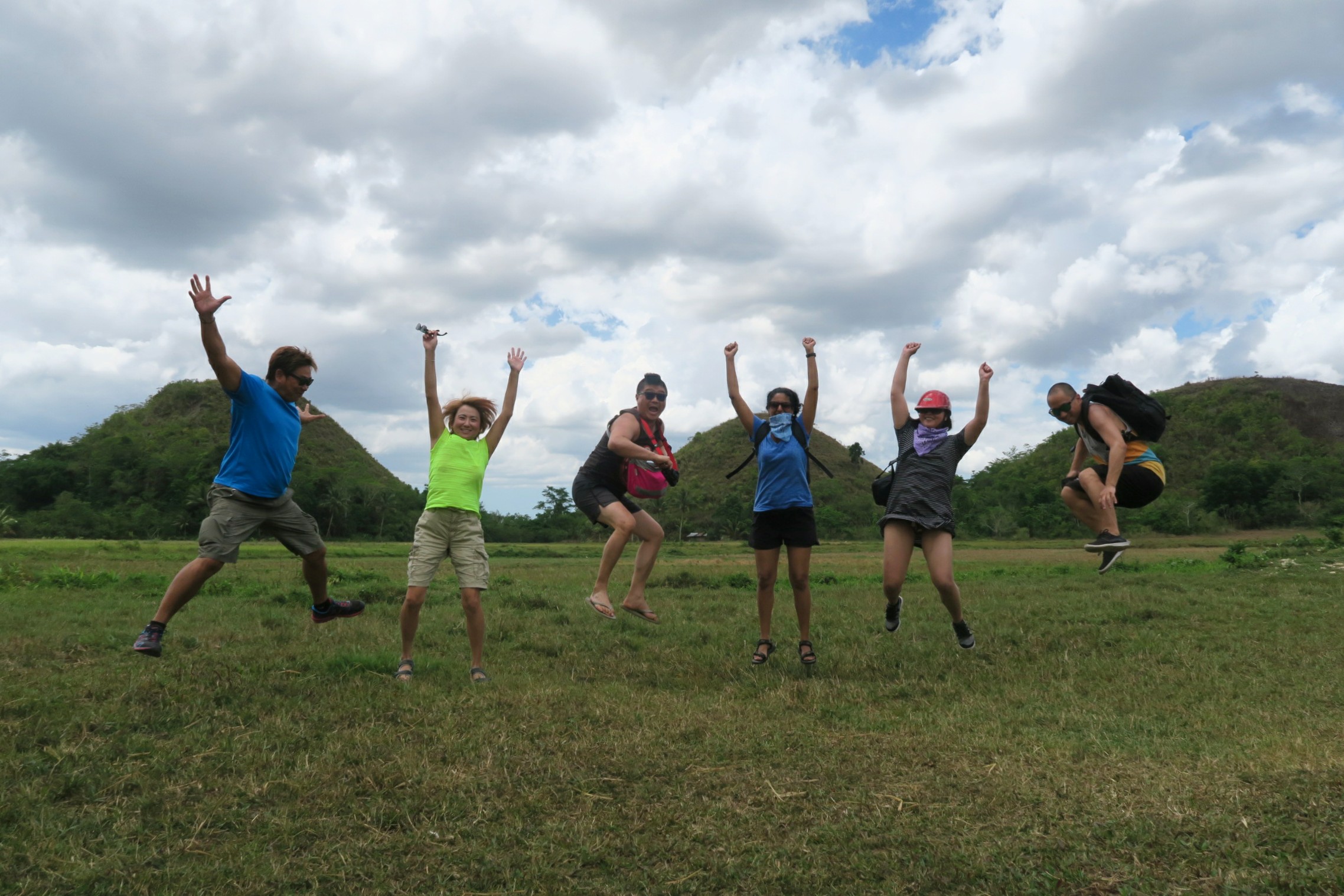 We came to Bohol to visit the famous tarsiers and chocolate hills. Bohol is a pretty big island so we hired a van to take the six of us instead of going by scooters as previously planned. This turned out to be an excellent decision as it took us almost an hour to get to the chocolate hills.

First stop for us was to see little primates called tarsiers. They are nocturnal animals and can turn their heads 180 degrees to see because their eyes can’t turn in their sockets. They do not do well in captivity as they are very sensitive to light, noise, etc. and will commit suicide by banging their heads.

Our drive to the chocolate hills was nothing short of hair rising. The roads were quite narrow and windy but that didn’t stop our driver from going full speed around every corner or to pass other vehicles at every opportunity.

Sarni suggested renting atv’s to explore the chocolate hills. I was hesitant at first since I do not do well on wheels of any kind but it was so much fun! The chocolate hills are these geological formations in Bohol and there are over 1260 hills in the area.

During dry season the grass turns brown and the hills look like chocolate kisses. The main observation deck was very crowded and looks like it’s still under construction.

It was a great day trip, made more fun being able to hang out with great company. the bohol bee farm, a complete review and recap