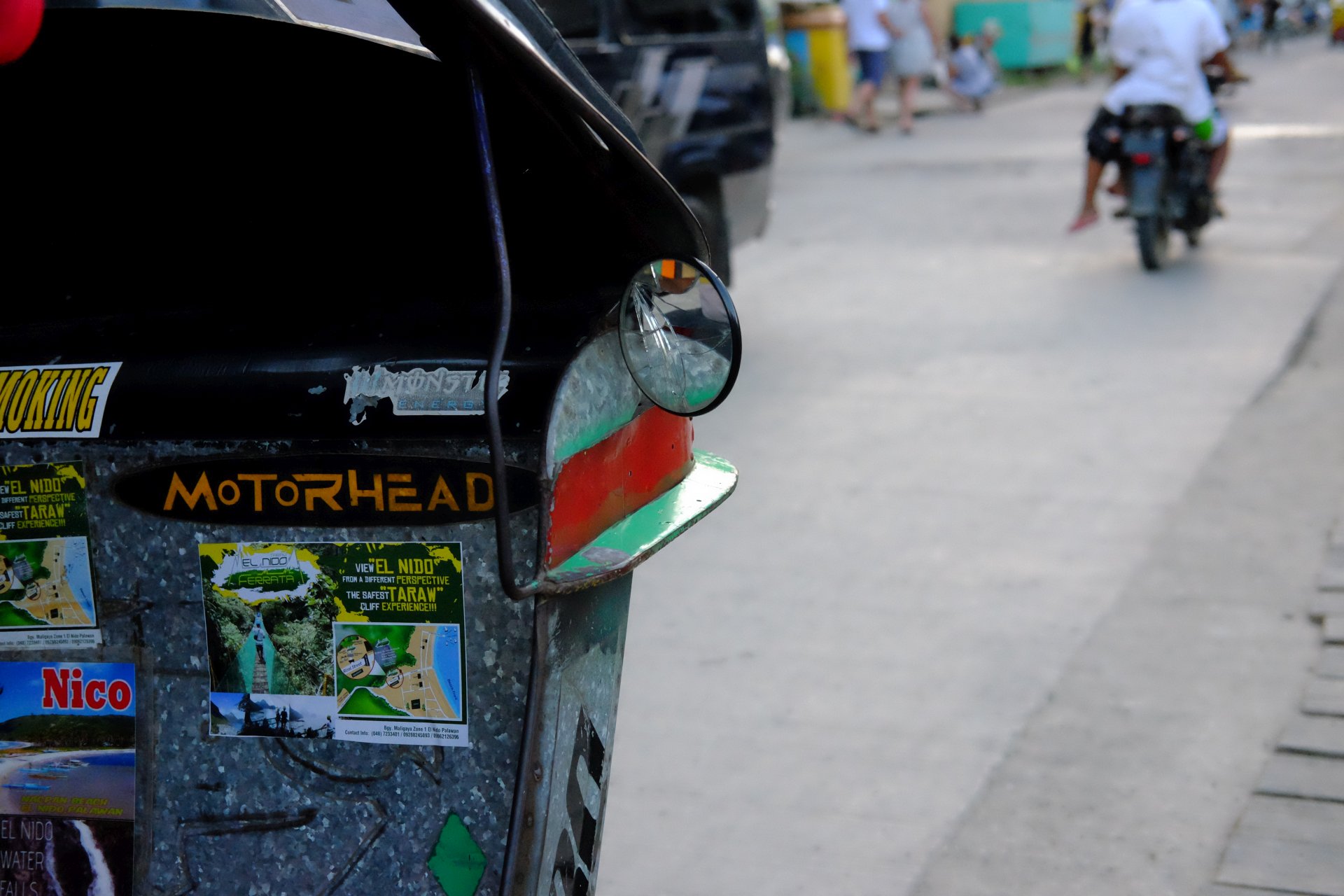 now that we’re on the island/province of palawan, taxicabs are nonexistent.  we’re now in the land of tricycles.

might not look like much but these little bikes can pack it in.  i’ve seen families of six fit on here with luggage in the back with a couple kids jammed into the cab side.  it doesn’t really work with foreigners, probably the dairy in our diet.  we split up on our ride from the airport into town with the girls taking one trike and frank and i sharing another.  we were keeping pace with them very comfortably until we got to a hill and then our taiwan weight made an appearance.  even our driver looked over at us as we were slogging our way up the hill and when we asked if we were too heavy he nodded in agreement almost instantly.  thaaaaaaaaaaanks for the complex

there’s hundreds of these trikes around town, most of them painted with names and designs.  some are decked out with leds not only on the outside but also inside

if you want until night time, a lot of them have their sound systems cranked up.  playlists are all over the place but the most popular seem to be dance remixes of bon jovi and roxette (circa late 80s)

filling gas is simple and can be a 30 second stop on the side of the road, provided you’re lucky enough to find someone selling a pop bottle of fuel

the majority of these tricycles have seen better days but they still get the job done.  heads up though that there are no suspensions to speak of so many of them have ‘oh-sh!t’ handles you can grab onto which come in really handy as they’re cruising downhill around a corner in the opposite lane; g-forces trying to rip you out of the cab or throw you into the driver.  if you had a car you’d definitely be king of the road around here but good luck finding somewhere to park it.

One thought on “tricycle life”