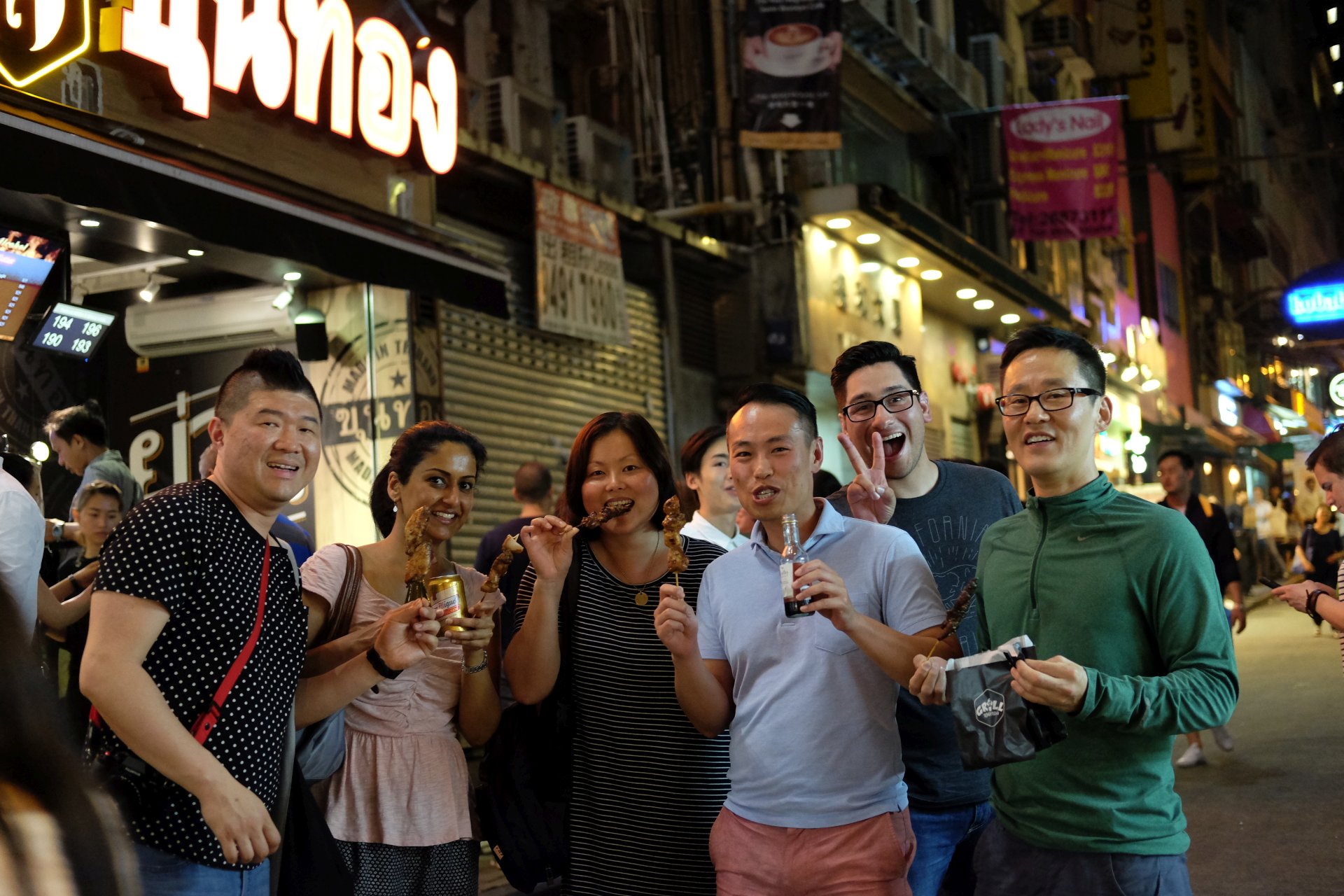 q. current home/addy where i stayed (neighbourhood) and how longa.
a. hong kong (uncle’s apartment, aberdeen), manila for one night (hotel, pasay)

q. favourite meal
a. so i just got done writing about brickhouse below as my fav meal and i had completely forgotten about the buffet at the marina club.  i’m definitely not one that frequents buffets since it’s impossible to get good value off with a seafood-less diet.  although i couldn’t eat everything, my uncle was generous enough to invite all of us and i think the general consensus was that this buffet knocked it out of the park.  even in my uncle’s view, he had never seen such a great spread and he thought it was due to some head honchos from the shangri-la group being in town that day to ensure that things were in tip top shape.

i have next to no pictures as i felt kind of weird whipping out a camera at a buffet.  everything was quality over quantity but for some reason they also had a lot to choose from:
salads – 12 to choose from, all very delicately constructed.  the type you would see at whole foods without the guilt-laden organic sales pitches.  also the build-your-own option available.
sushi bar – fresh sashimi cut to order in front of you.  the sushi trays were constantly replenished as they were taken.
indian food – fresh naan baked in a mini tandoori oven, skewered lamb, palaak paneer, tandoori chicken and a few more orange items
meats – smoked duck breast, thinly sliced with the meat still bright pink and a slice of fatty skin left on top *top pick in my book out of all the items*, braised beef tongue, cha siu, roasted duck (chinese style)
noodle bar – build your own bowl of soup noodles ranging from laksa to ramen
pasta bar – none of us hit this up.  terrible stomach space to flavour ratio.
dessert bar – fack, fack, fack.  i swore off sweets for a week just the night prior so i was relegated to fruit duty on the sidelines.  there were maybe 8-10 individual desserts to choose from (chocolate mousse, lemon pie in a double shot glass, cheese cakes, etc.), tapioca, rainbow cake.  i didn’t pay too much attention at this point because it was killing me to watch everyone eat dessert.

as for my original choice…
brickhouse in lan kwai fong/central.  we finally caved and had dinner at this mexican joint down a hidden alley in busy lkf.  the food quality was unbelievably high and very well done for a fusion restaurant.  my favourite item were the house beet fries; deep fried, breaded purple beets served with a chili aoili.  crispy, dry texture on the outside & crunchy, solid and somewhat juicy on the inside.  i’m definitely going to try my hand at making these down the road.

the second item that stood out was the watermelon salad served with lemon cucumber, feta, mint, candied pepitas and chili syrup.  spicy watermelon and cheese.  wth.  it sounded preposterous to me but everything worked amazingly well together.

other items we ordered were the ox tail croquetas & roasted corn (that was so juicy you could pull them off the cob without ending up with cornteeth).

q. most memorable moment / best highlight
a. any of the days we spent together as a six man group.  i’d have to guess that these days are numbered and with the limited amount of planning we did, it was awesome that we w.ere able to tie it all together and meet in hk for a week

q. greatest challenge
a. stringing together two nasty travel days back to back.  packed up our bags for the philippines and stayed our last night in hong kong with fraran and kethan in seung wan.  only mustered two hours of sleep on a couch with the air con blowing on me all night.  got about 30 mins of sleep the rest of the night and we were out of the house at 5am for our 8am flight.  arrived in manila, had to take a cab to the domestic terminal and our flight ended up being cancelled due to the early flight being bumped to our time slot.

as expected, filipino problem solving was not very efficiently done (nor was it communicated to the passengers unless YOU went to talk to THEM) but we eventually got comp’d a hotel room and were shuttled to a nearby “5” star hotel that was 3 at best and smelled of mold everywhere except the swimming pool.  i don’t know how frank and liz mustered up the courage to eat dry shellfish from our comp’d buffet dinner but kudos to them for taking the plunge.  we then got about 4 hours of sleep but got an early wakeup call at 230am informing us that they had changed our shuttle to 3am instead of 330am.  the first elevator we called was filled with puke and by the time the shuttle showed up it was nearly 330am anyways.  all in all, we still made use of our first night’s stay in el nido because we HAD to sleep from 8am-noon to recharge.  if anything, it makes palawan that much sweeter after the previous 24 hours.

q. what i miss most from home
a. my bed and my pillow.  i can feel myself deteriorating day by day with all this crappy sleep.  i haven’t recharged my batteries for almost a month now (our second airbnb in tokyo had perfect beds and pillows) and i’m guessing that i’m waking up everyday with under 60% energy so the mornings have been downright horrid for me.  most days i’m tired and on travel days i’m borderline suicidal.

q. next stop
a. from manila (groan) to el nido, palawan.  then off to cebu and bohol in that same week.

q. weirdest observation about current culture
a. filipino time is real.  it strikes me as weird because i always thought it was made up as an excuse to be late but the joke’s on me.  SO. SLOW. FOR. EVERYTHING.

q. one tip i would give myself if i were to come back
a. hong kong: wait for exchange rate to get better; this is a tough place to be without income.  manila: no tips needed, i’m never coming back.

q. friends i’ve hung out with/visitors
a. ethan, kenny, frank & karan.  am heading to the phillipines with fraran and looking forward to many more meals with my pork belly friend (pbf).  we’ve done portland and indian wells together as a group and it was awesome to have everyone together in hong kong even though the weather didn’t cooperate with us.

q. one random/weird/cool thing i learned about the country i’m staying in
a. hong kong – after meeting frank’s friends toshi & sarni (locals living in tung chung for 7 years), i found out that they’ve gotten by this whole time without knowing any cantonese.  ex-pats i can understand since they would stay for short stints and eat at foreign restaurants… but 7 years is a pretty long time!

q. one new experience/memory that will stick with me
a. the poverty in manila.  within a minute of the international airport were caged chickens in the streets, unclothed kids running around in their dirt yards, shacks and run down buildings.  across the street from our supposed ‘5’ star hotel were homeless people who’ve set up shop underneath the overpass and between 12 converging lanes of traffic.  completely asleep as honking traffic drives within a few feet of them in 30+ degree heat.  it’s heartbreaking to see.

q. portion of luggage that’s been the most & least useful
a. most useful – new camera.  maybe it’s not the most useful but it’s definitely the most used.  least useful – pants.  when humidity is at 99%, there is no way in hell i’m wearing pants.  i can’t even wear moderately tight underwear without it feeling like saran wrap.