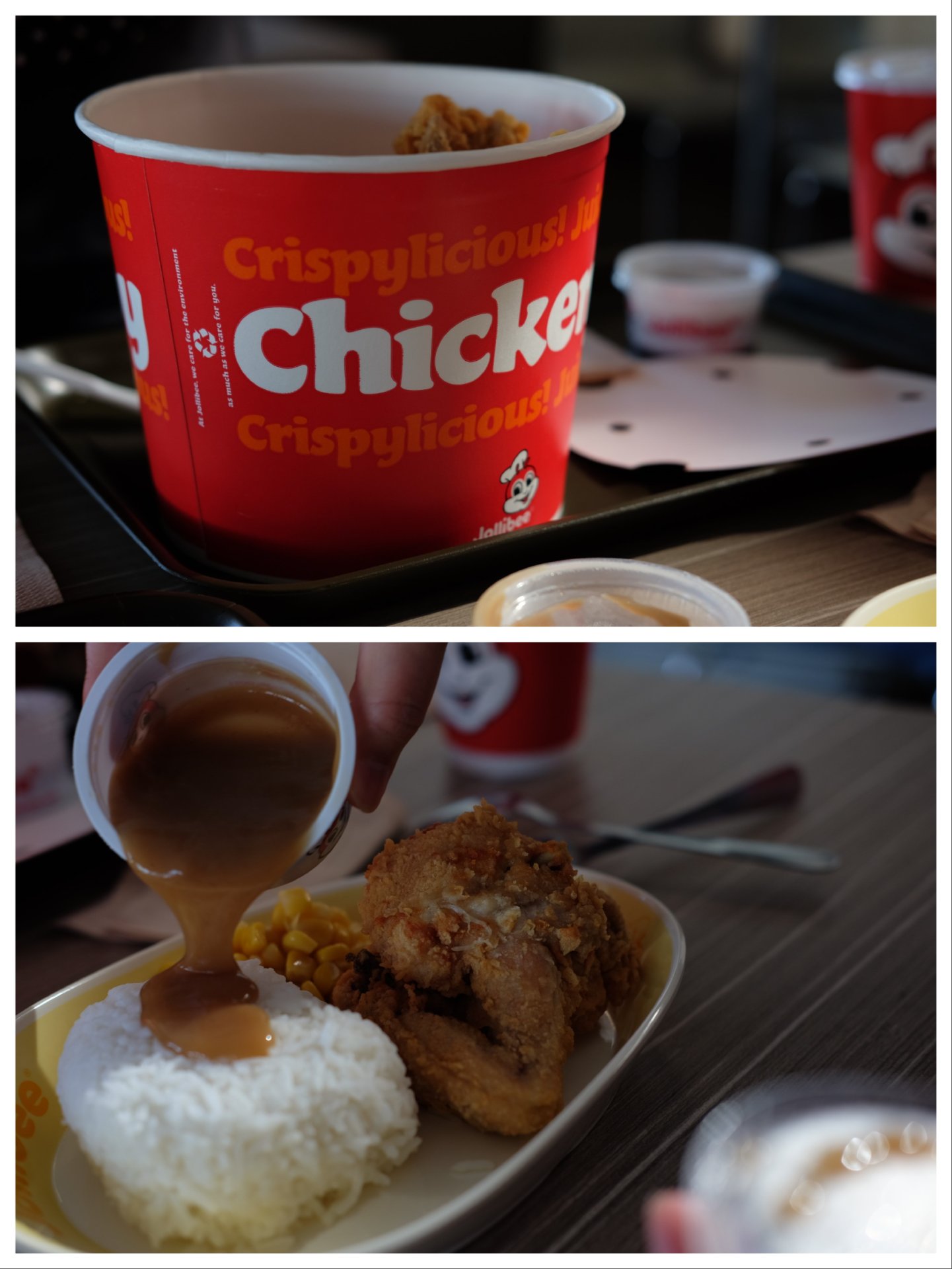 so our layover in manila was unexpected.  we arrived in the international terminal and had to transfer to the domestic terminal 15 minutes away to catch our connector to el nido.  we made it with plenty of time to spare but noticed that the first flight to el nido that day was delayed to our departure time.  fack.  within 30 minutes they cancelled our flight and ended up compensating everyone with a free hotel room, dinner, transportation as well as a 5am (gross) flight the next day.  can’t do much about things like this and we’ve been really fortunate that this was our first delay/cancellation on our travels.

what do i like?
-uhh, free hotel?  it’s, like, free man.
-the poor air swift check-in clerk who was under fire from a number of irate travelers after our flight was cancelled.  we found out that this girl had to deal with the first flight that got bumped and still hadn’t eaten after shuttling us to the hotel and ensuring all of us had our respective rooms booked.  she also showed up again at 3am for the shuttle back to the airport.  the part that i couldn’t comprehend was that she did this all while keeping cool and not lashing back at the pricks and crybabies who were throwing temper tantrums.  i totally would’ve lost my mind on them.

what do i dislike?
-uhh, free hotel?   it, like, smells like mold everywhere.  there was also puke in the elevator at 3am as we were checking out
-our layover.  nobody’s fault
-the poverty.  brutally hard to take in.  our 15 minute ride from the international terminal to the domestic terminal took us through a hood with chickens living in front yards with only dirt on the ground.  our walk across the 6 lane street by our hotel to get some food involved seeing three people soundly asleep under an overpass in 30 degree heat, in the middle of a 12 lane intersection.  there were plenty of other people in the same area seeking refuge from the blazing sun and stationing themselves in lawn chairs and boxes in the middle of a hellish intersection.  in spite of all this, there was not much, if any, garbage to be seen on the ground.  seriously korea, get your act together.

biggest adjustments from the previous stop?
-the sketchiness of everything.  we’ve gone from a developed, bustling metropolitan (what seemed like to our very, very, very limited exposure to the city around the airport) a run down, piss poor, hustling city.  maybe all the second hand info i’ve gotten on manila has jaded me but i felt like we had to watch our backs on getting scammed, jumped or robbed; even in broad daylight.

what was our first meal?
-aloha burger (w/ pineapples) and fried chicken at jollibees, a filipino fast food chain.  the chicken was really good and the burger, though a lot like a whopper, tasted a lot better than i had expected; a big, juicy patty with a pineapple ring inside of it with some thousand island-like sauce on top.  messy and hot as hell (served in a plastic wrap that was scalding my hands but somehow not melting at the same time)

overall impressions?
high density, sprawling city with huge levels of poverty.  i must admit that i already have a preconceived notion about this city which is why i’ve never wanted to visit.  i made the decision to skip the few nights in manila to spend elsewhere in the philippines and our short layover hasn’t make me regret my decision.  poverty is one thing; it’s the countless stories of corruption i’ve heard about that taints this city in my eyes.  oh, and the traffic… shanghai has nothing on this place.  it’s an absolute nightmare.  quite possibly the only city in the world where filipino time is completely justified.

haha:
what do i like?
I can’t say that I liked anything about our stop over in Manila. The streets were crazy busy with tons of cars, jeepneys and tricyles (motorized motor bikes with side cab and not the ones kids ride). The places we passed from the airport to the hotel were run down and lots of signs for love hotels. The hotel we stayed at for free had a decent buffet but nothing to write home about if it wasn’t free. Perhaps the only decent thing that I enjoyed was the fried chicken from Jollibee, made better with sides of rice, corn and gravy.

what do i dislike?
Manila will not be a city I would want to go back to. I’m sure there are decent places that I do not know about but what I experienced in the short time I was there convinced me that I will not want to go back. It is a dirty dirty city.

biggest adjustments from the previous stop?
People telling you that the airport shuttle pick up time is at 3:30am in the morning, only to be awaken at 2:30am and be told that the bus to the airport is leaving at 3:00am. And the bus does not actually show up until 3:10am and we do not actually leave the hotel until 3:20am. I know we are on Fillipino time but come on!

what was our first meal?
Fried chicken with rice, corn and gravy. Weirdly the 6-piece bucket was filled with chicken breasts, nary a thigh in sight. Wonder if they sell thighs at a higher price…

overall impressions?
Never want to go back to Manila ever again. Enough said.

2 thoughts on “first 24 hours in manila”