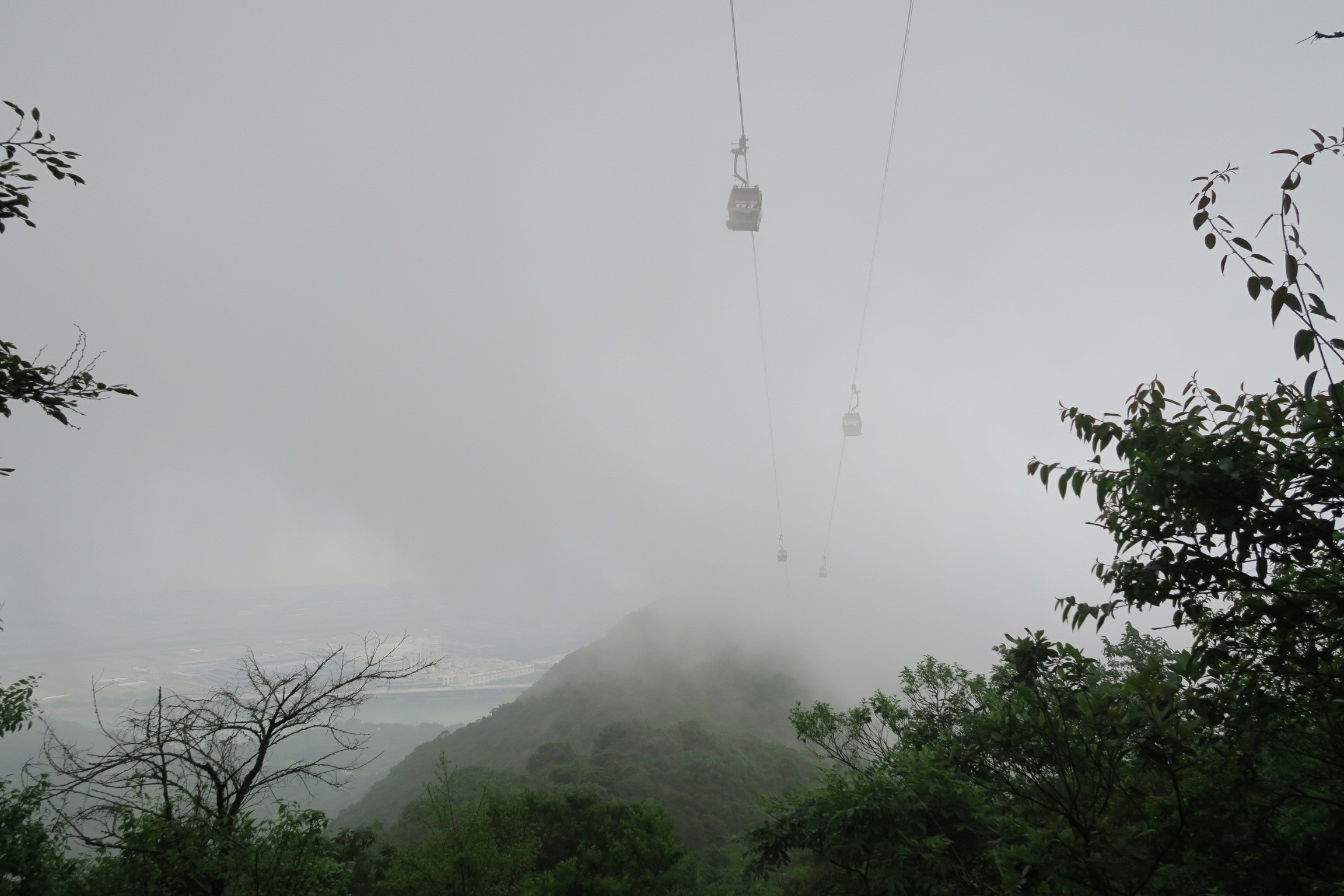 Karan and I decided to hike to the Big Buddha of Hong Kong while the boys get their tennis fix. The sky was overcast which was a relief as I was grossly underprepared for a hike that day. I was wearing jeans and a t-shirt and within 10 minutes, I was sweating buckets. For some reason I thought the hike would be similar to Elephant Mountain in Taipei which was fairly short and sweet. After an hour’s hike to the first gondola station up steep steps, we questioned our wisdom to embark on this hike. It did not help when we ran into 4 local guys making their way down the mountain and hearing them snicker when we told them that we are going to see the Big Buddha. However, we press on. Soon we are among clouds and hiking directly under the gondola. We made the best decision to continue on because the trail was really beautiful. Being in the clouds made the trail even more mysterious and otherworldly. There were lots of stairways up and down the mountain which we both appreciated, it gave us the opportunity to work off all the carbs we ate in Taipei. We felt like we were on the film set of Crouching Tiger, Hidden Dragon as the mist surrounds us. As we walked we can hear the voices of passengers in the gondolas above but we cannot see them. It took us exactly 3 hours to hike to the top. The fog was so thick by then, we barely could make out what’s in front of us…including the Big Buddha.

hiking the dragon’s back on hk island