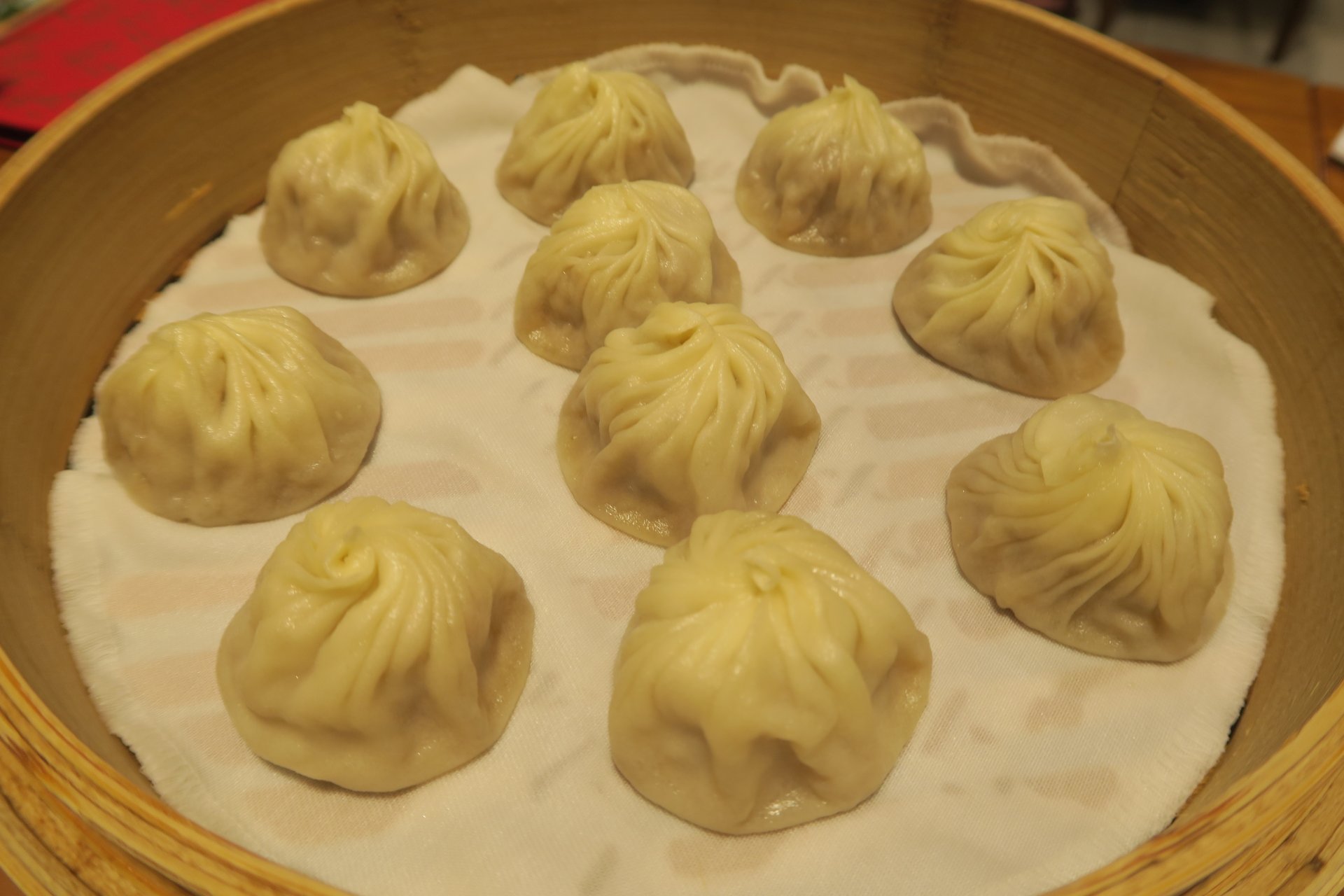 ooooh the xiao long bao, asia’s best contribution to modern society along with female drivers.  we prepped our stomachs in anticipation of plenty of dumpling adventures and we had our first run in with the infamous din tai fung juicy bun within 6 hours of landing in taiwan.

din tai fung
the infamous chain seen ’round the world might be the most recognizable name when anyone mentions xlb.  i’ll be the debbie downer here and admit that after visiting the ones in hk and shanghai that i haven’t been a huge fan of them due to the pricepoint.  in shanghai, where prices are generally much cheaper than north america, we paid for a meal at dtf at par with canadian dollars and still left hungry.  in addition to that, we went to a local restaurant that served up what i    felt were superior dumplings for a fraction of the price (i think that 7 of us ate for a little more than 2 of us ate for at dtf).  anyways, dtf in taipei… it was on.  we visited two during our stay, our first one being the newest storefront in the xinyi district.  we beat the dinner rush by a little bit and we had no problems getting a seat for three.  from the moment we sat down, we had multiple staff waiting on us and this kept up ofr the whole dinner.  if our tea cups were empty they were refilled within a minute at most, i’ve never seen service like this at a restaurant of this pricepoint.  on average, dishes were maybe 2/3 the price of similar dishes back home except the xlb which were around par ($200nt, $8 for 10) however the xlbs were noticeably better than the others we’ve had in taiwan.  the wrappers were the thinnest, perhaps the smallest in size as well but plenty of juice and the meat was not too salty with a light flavour.

yong he
this 24 hour breakfast chain served up behemoths of xlbs.  at almost double the size of dtf’s dumplings, i felt like these had the most flavourful meat (darker meat almost with a slightly bolder & dirty flavour).  i really liked these ones but at only 80nt ($3.25) for 10, the consistency just wasn’t there.  one dumpling would have paper thin skin and the next one would be a blob.  some would also stick to the steamers and we had a number of them that were already ripped by the time we walked the steamers back to our table.  the dipping sauce is different from the others as it’s a thicker mixture of vinegar, ginger and garlic.  overall i really liked yong he’s xlbs but we were also adding them onto a big breakfast spread of rice rolls, soy milk, dah ping and plenty of other white/brown goodies. kao chi
kao chi is a chain that serves up shanghainese dishes and is considerably more expensive than the restaurants we’ve found ourselves in lately.  frank and i made a pit stop here after dessert and a gua bao snack and a little before our trip to a night market so we barely had enough stomach room for 20 dumplings.  they’re better known for their san jeen bao, the breadier pan fried dumplings so we had to order up one set of those that were served up in an iron skillet deep enough to crisp both the bottoms as the sides of each dumpling.  i really like the bready portion of these dumplings but after visiting shanghai, prefer the thinner, fully crispy shells from yang’s dumplings.  then again, eating in an alley is cleaner than yang’s so you there’s some upside to eating in restauarants sometimes. kao chi’s xlbs were quite good too but just a notch below dtf’s while costing the same.  the skins were a little thicker, the top of each dumpling was quite thick and dry though each one was slightly bigger.  i would still recommend them as option to din tai fung’s massive lineups but for a meal as a whole i think there are better options for cheaper.