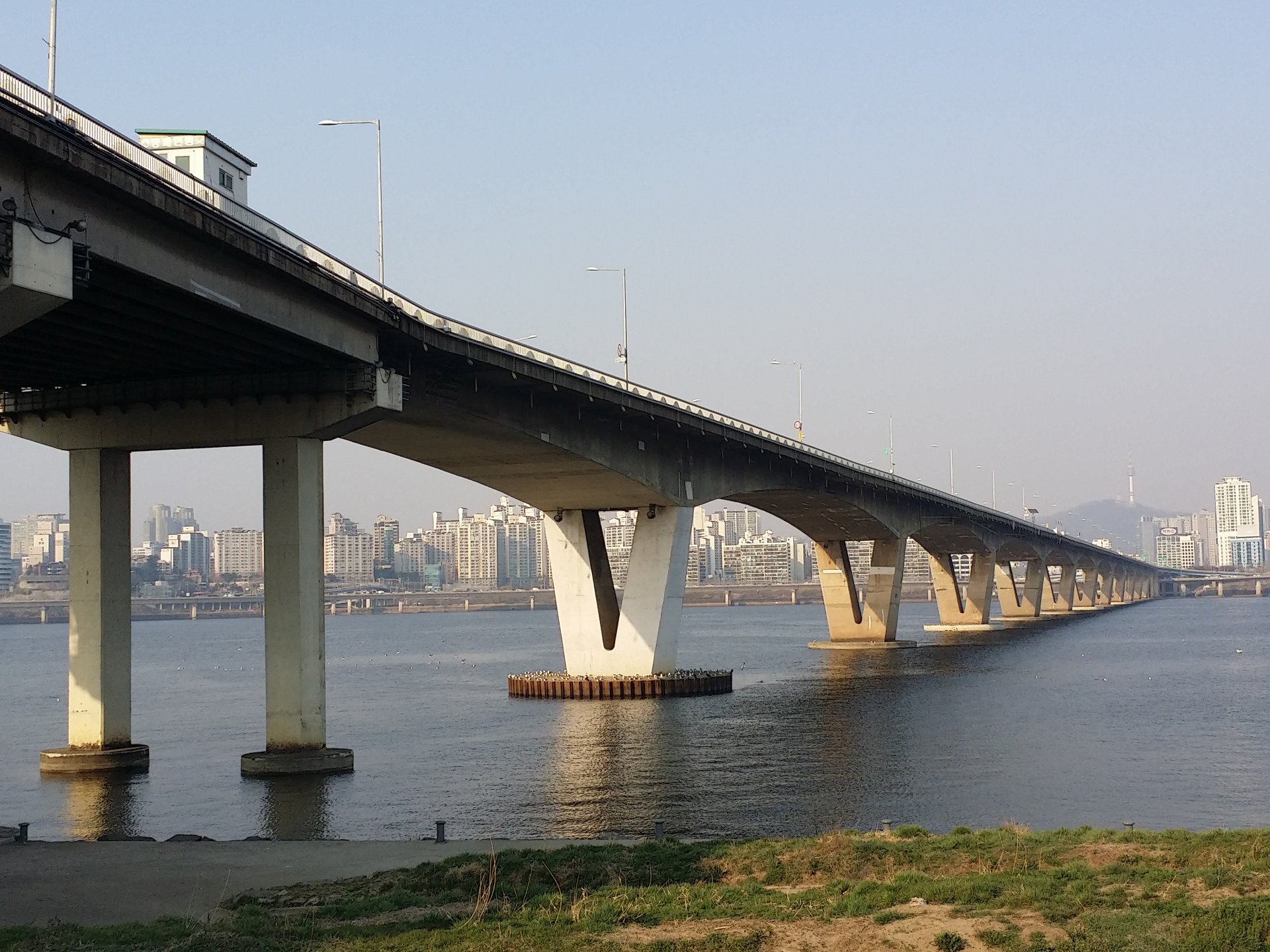 after we spent the day biking around kamakura, haha was practically begging me to get out on the bikes again 😀  ok, maybe that’s a slight exaggeration but she did want to take them out to spend a day alongside the han river that runs through the middle of seoul.  we grabbed lunch at a korean diner down the street from us.  pork bone soup and short rib soup with some side plates to share

we started our ride on yeouido island, home to high rises and investment bankers galore.

it was kind of weird to find a huge park with a walking trail, biking trail, ponds, workout areas and a giant area with multiple basketball and tennis courts.

we found a little perch behind the marina club that looked out onto the subway bridge and heard some high pitched screaming from across the way.  looked like they were filming a drama scene.

there’s a really long paved biking path, i think close to 25km, which we didn’t come close to.  it was late afternoon midweek and the waterfront was pretty busy since the weather was the warmest it had been all week at about 18 celsius.  you could see all walks of people from pet owners, rollerbladers, segway riders, dancers and joggers along the pathways.

there are also lots of areas to sit down for a snack but we noticed that the majority of people were eating instant noodles out of aluminum containers.  there were 8 ramen cooking stations at this convenience store stand

these mini workout areas are in every park in the city.  we would always see big groups of seniors going through their routines together.

no hand-checks on cars or screams of despair this time around.  stay tuned for the third installment of the biking experiment, location to be decided