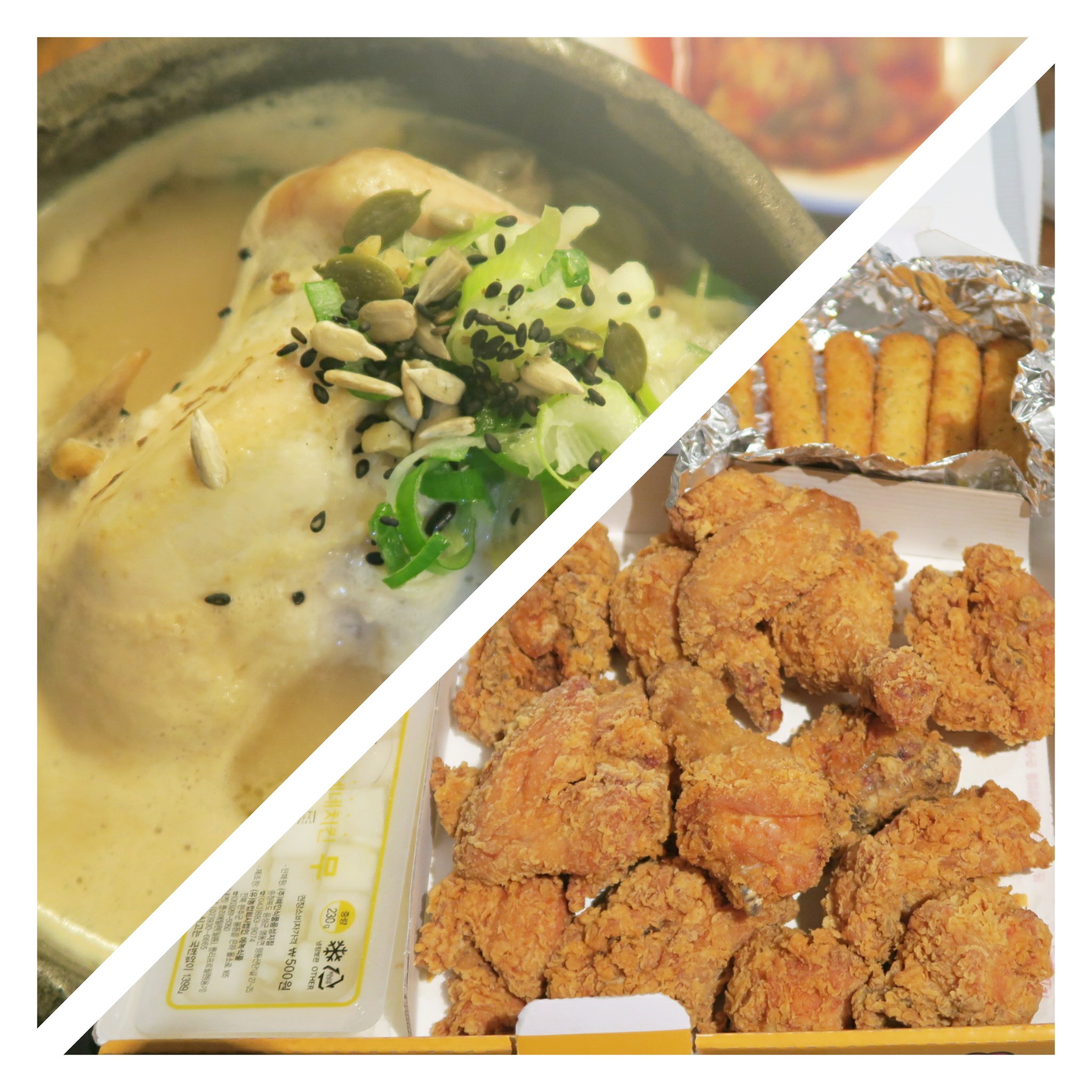 Chicken type: samgyetang, it’s supposed to be good for you

One of the Korean dishes to be had in Seoul is samgyetang (ginseng chicken soup) and the most popular restaurant serving it is Tosokchon, past president has eaten there apparently. It is still really cold in Seoul so having warm chicken soup was pretty appealing. I was expecting a line but luckily for us, we were able to get a table right away. We both opted for the regular chicken soup (15,000₩) vs the black chicken (28,000₩).

The dish consists of a young chicken stuffed with sticky rice, giant chunks of ginseng, dates and ginko nuts. They also gave us shots of ginseng liquor which was strong enough to grow chest hair. Overall, I liked it even though it was quite bland. I love congee so when you mix the sticky rice with the soup, it became chicken congee. It was a welcome to all the spicy orange coloured dishes we’ve been having up to this point. Not sure if it was worth 15,000₩ for chicken soup though.

Jojo was pretty meh on this dish. He felt that it didn’t need a restaurant specifically dedicated to cook it. In fact, he thinks calling it cooking is overstating the process. 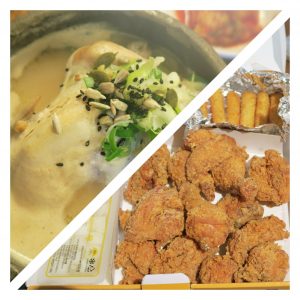 The other chicken we were told must be eaten in Seoul is fried chicken. Given that there is almost equal number of fried chicken restaurants to coffee shops, it is a must eat for us. 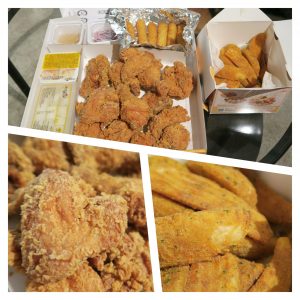 We order takeout from Nene Chicken, place close to our Airbnb. The first time we ordered the regular with potato wedges and cheesey yam sticks. 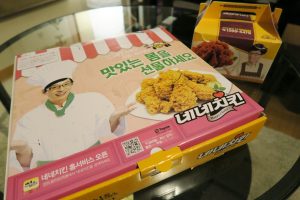 The box has the face of Yoo Jae Suk (Running Man) on it so it must be legit. There was a lot of chicken. And it was delicious. So good we had fried chicken twice. 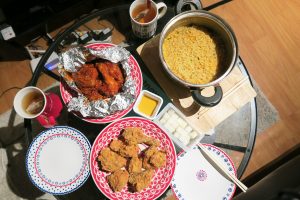 The second time, we ordered the combo with regular and sauced chicken. I made sure to have some ramen with it. I felt so quintessentially Korean having ramen and fried chicken in Seoul. Of course, we had to eat the ramen straight from the pot like they do in kdramas.

One thought on “Seoul Chicken: the Good the Bad and the Crispy”