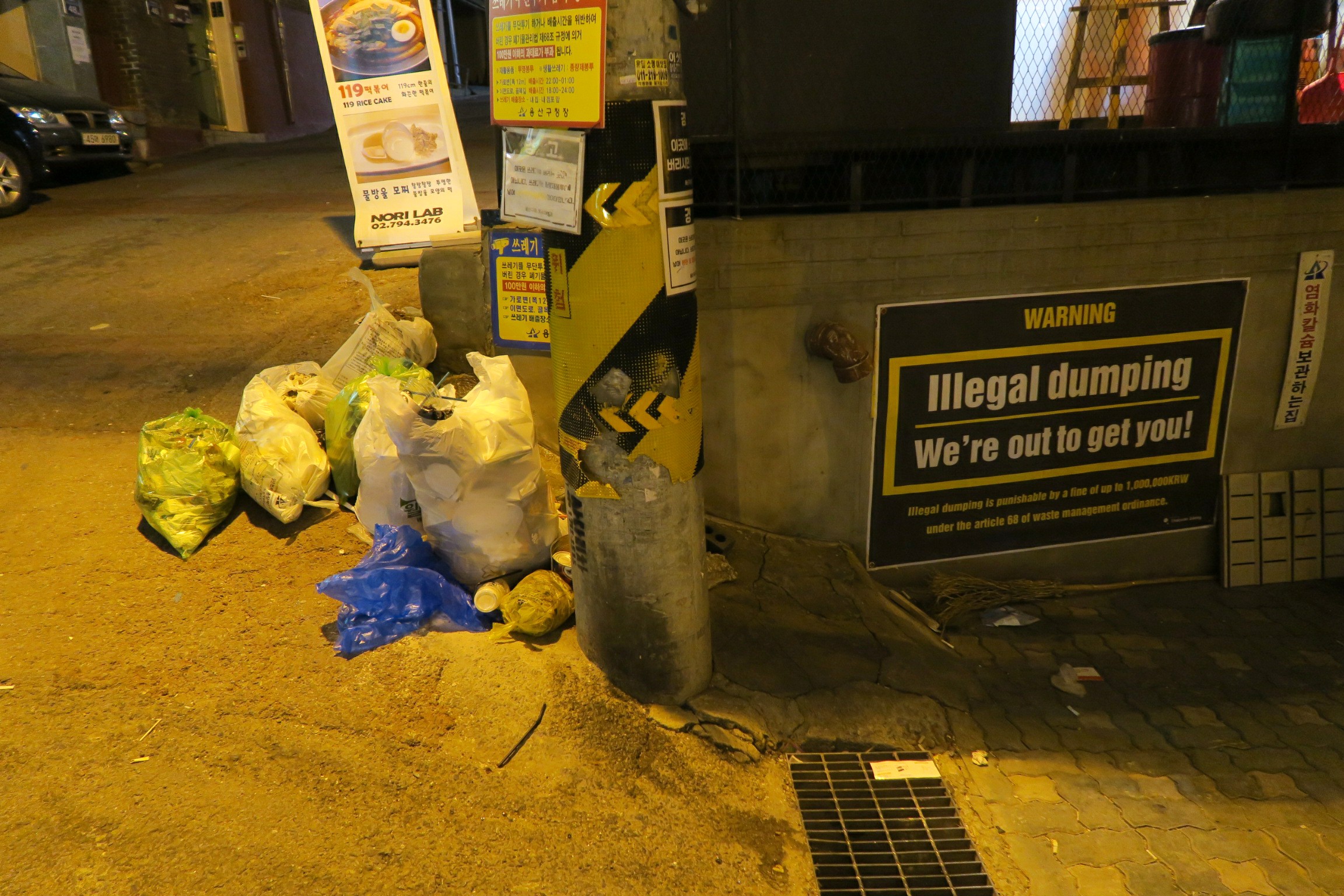 now that we’re finally starting to hop between countries as well as cities, here’s our newest update series that we’re committing ourselves to… our initial impressions for the first 24 hours in a new city/country.  this inaugural post is for seoul, korea:

jojo:
what do i like?
-architecture and art spread throughout the city
-the protester shaming a catholic priest outside of a church for unholy behaviour.  you tell’em!
-our airbnb as well as the host.  rather than give us a generic email with instructions to find the apartment, he met us outside the station and drove our bags up the hill for us.  he also spent an hour giving us a plethora of suggestions for things to see, eat and drink throughout the city what do i dislike?
a few of these things aren’t directly pointed towards seoul as a city but they happened nevertheless.  this is only over the first few hours in the city:
-terrible signage in the airport bordering on useless
-atms will not accept our bank cards to withdraw currency
-train information counter was manned by a cutie (maybe an 8 out of 10) that was chomping on a steamed bun as she was giving us directions to buy tickets.  said cutie also had a hint of the french’s ‘i don’t give a s#it’ attitude.  thanks!
-ticket machine will not accept all bills even with the train attendant’s help.  after another machine worked, the machines spit the change out like a tennis ball machine.  i saw numerous people picking their change up off the floor
-colour code your train/subway cards and gates.  the japanese have done so with passmo and suica.  of all the colours you would pick, why would you pick the one that the opposite system is using?  jackie chan is killing a kitten for your nonsensical decision making
-prior to boarding our flight in japan, the waiting area in narita included multiple women with their shoes and socks off
-one lady showed up to the check-in counter with two check-in bags and another four carry-ons, all of them being open bags.  she couldn’t walk 20 feet without having to adjust her grips.  we also got stuck while unloading from our flight because she couldn’t pick up all her bags.  louis vitton bag and uggs and a backwards baseball hat
-i was bodychecked by someone leaving the bathroom on the flight as i was getting my laptop out of the overhead bin.  10 seconds is clearly too long to wait for someone who has just dropped a deuce.
-the cute girl sitting in front of me considerately put her carry on bag underneath her seat in my leg space for me.  thanks, you shouldn’t have!
-selfie sticks and ridiculous photo ops anywhere and everywhere.  the vanity of korean women is annoying me to no end.  they make hong kong women look like rocket scientists.

biggest adjustments from the previous stop?
coming from one of the most efficient countries in the world, i lowered my expectations a tad.  without any research on korea, i always had this impression that they were neck and neck with japan in terms of development and refinement.  this has been my biggest adjustment.  we’ve explored four neighbourhoods in seoul over the first 24 hours and it’s felt much more like beijing and shanghai versus tokyo.  the grey tint that covers everything, the open garbage mounds on every street corner, the budging in line (mostly by older women)… the list is surprisingly long for only 24 hours but hopefully this changes over the next couple of days what was our first meal?
rice cake soup with mixed vegetables.  i’ve had a mochi craving for my whole stay in japan but only ate it on three occasions (with a few dango experiences mixed in) so this was a nice change.  i’m looking forward to some heavy rice content over the next week.

overall impressions?
while i can’t say i’m blown away by seoul, i’m definitely curious to see the diversity as we explore the various neighbourhoods.  i feel like it has the technology of japan yet the roughness of china.  drivers seem scary but considerate enough where they might stop to help you if they hit you.  nobody seems ‘happy’ to help you as they do in japan.  all the things above are minor annoyances that feel bigger than they are because of how closely to each other they’ve taken place.  frustrating days in japan were few and far between so i’m optimistic that seoul will show us the goods

liz:
what do i like?
-we are staying in Itaewon which is the foreigners area and there is way more English being spoken on the streets and I do not feel as isolated as in Japan
-heated floors at airbnb
-easier access to wifi

what do i dislike?
– garbage bags on the streets, they are supposed to be picked up everyday but the mounds of garbage bags just makes the streets look unsightly. they definitely make the streets cleaner looking in kdramas!
– not being able to flush toilet paper down the toilet. Used toilet paper has to be thrown into an open bin next to the toilet because the plumbing is old and clogging will happen. there has to be a better way…
– experiencing Korean showers. everything in one room with the shower head pointed right at the toilet. unless one is supposed to do no. 2 and shower at the same time, that doesn’t make sense. also, koreans do not seem to understand the concept of gravity. one has to move water to the bathroom drain, apparently koreans have not heard of slopes which is odd since there are many many hills in Seoul. this is not just a thing with our airbnb, this is common in many korean homes. biggest adjustments from the previous stop?
– people are way more pushy in Seoul
– having to say kamsa hamnida (thank you) instead of arigato, I also said anyoung haseyo (hello) instead of thank you without realizing it, I am sure people think I have a screw or two loose in my head

what was our first meal?
I had gamjatang which is my go to soup in Vancouver everytime I have korean. Seoul version is better, soup is thicker and there is a nuttier taste

overall impressions?
Perhaps kdramas spoiled me because they show a more polished looking Seoul and I find the city to be a little rough around the edges. at the same time, there is more of a realness in Seoul which I find to be more authentic. The Japanese are so polite all the time, it’s hard to tell when they are not happy with you.

One thought on “first 24 hours in… seoul”