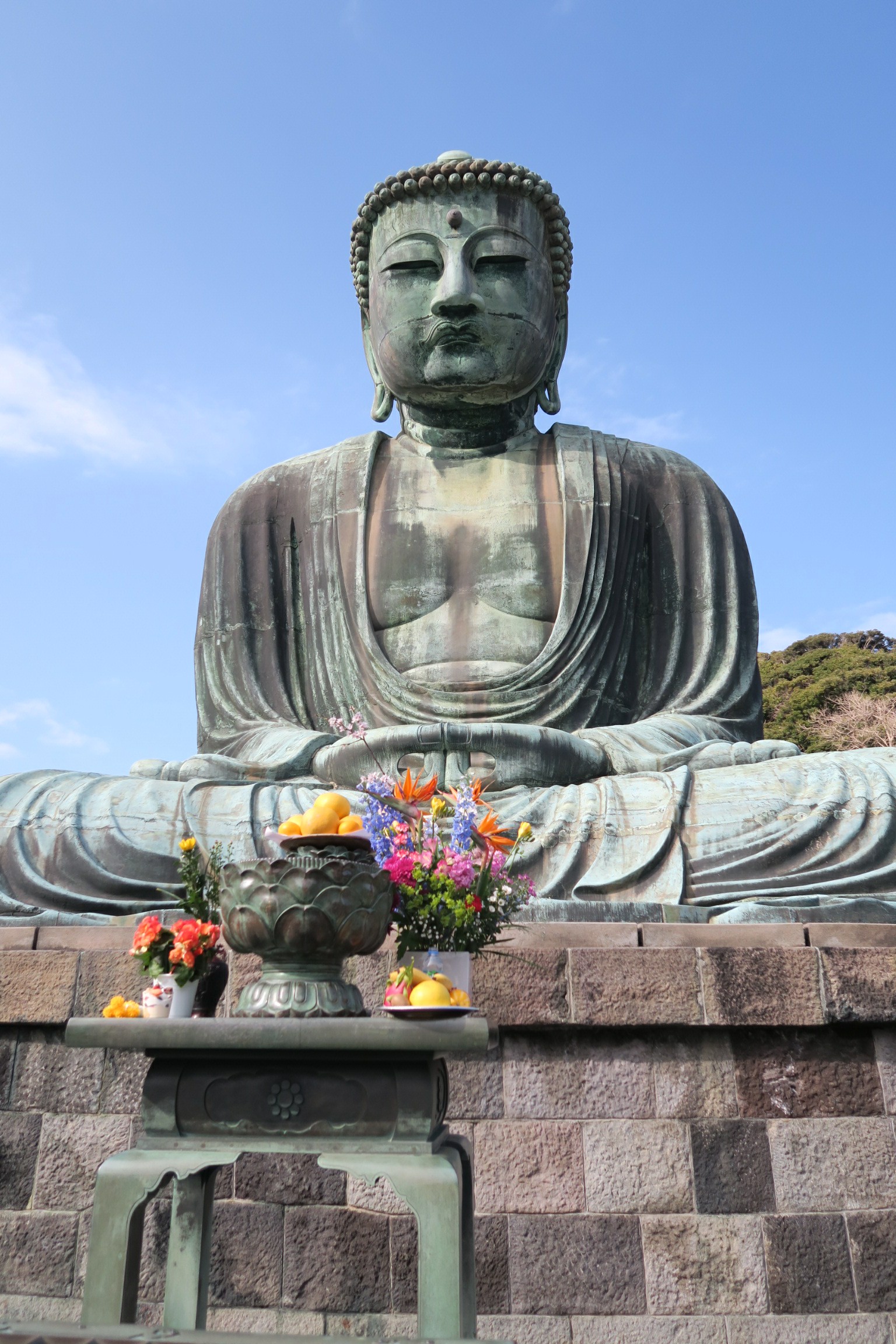 We made a day trip out to Kamakura on the Monday predicted to be sunny. What we didn’t know was that there was a national holiday of some sort and it’s a long weekend. So we crowded onto a packed train towards our destination du jour. Lots of foreigners on the train and the ride was louder than normal. We had gotten acclimatized to quiet and orderly trains in Japan so we were quite taken aback by the multiple loud conversations happening at once and a group of students sitting on the train floor like vagabonds. Once we get to Kamakura, we pick up bikes from the rental shop by the train station and off we go.

Now I must clarify that I do not do well on wheels. I am that bad Asian driver on the road and I do way worse with less wheels. Kamakura area is a lot more hilly than we expected and we had to bike on the main roads, there were no bike lanes. There were couple of times I had to push myself away and along objects to stay on course i.e. walls, parked vehicles, etc. On top of that, there are tons of pedestrians and vehicles. It was a miracle that I survived the day with only a scratch or two.

We started out from the top of the hill first so that it would be easier for us to make our way down as we visit multiple shrines and temples in the area. There are dozens of shrines and temples in Kamakura . We were given a map of the area at the rental shop so we were able to pick out the ones that interested us. It was too early still for cherry blossoms but magnolias were in full bloom. This one cherry tree decided to bloom ahead of schedule. Lots and lots of stairs getting to each temple and shrine. At one shrine, we climbed some 150 steps to get to a “national treasure” which turned out to be a bell.

Despite my struggles on the bike, it did allow us to get to each place fairly quickly and we were able to stop by random points of interest along the way.

I must admit that I have no idea what the difference between a shrine and a temple is and I think we went to about five of them but they all started to look the same to me. The main attraction of Kamakura is the Kotoku-in Temple’s Great Buddha which was our last stop. Lots of people in front taking pictures, more often than not using a selfie stick. All the while the giant buddha looks on in silence. We decided to head towards the beach to get away from the crowds. On the way we pass a taiyaki stand so we picked up a chestnut taiyaki to enjoy on the beach. As we were deciding on who would have the last bite of the taiyaki, suddenly from behind, a hawk snatched the last piece from our hands. For a good minute we were in shock and cursing the bird for taking our food. It was a damn good taiyaki! One thought on “Kamakura by the Sea”