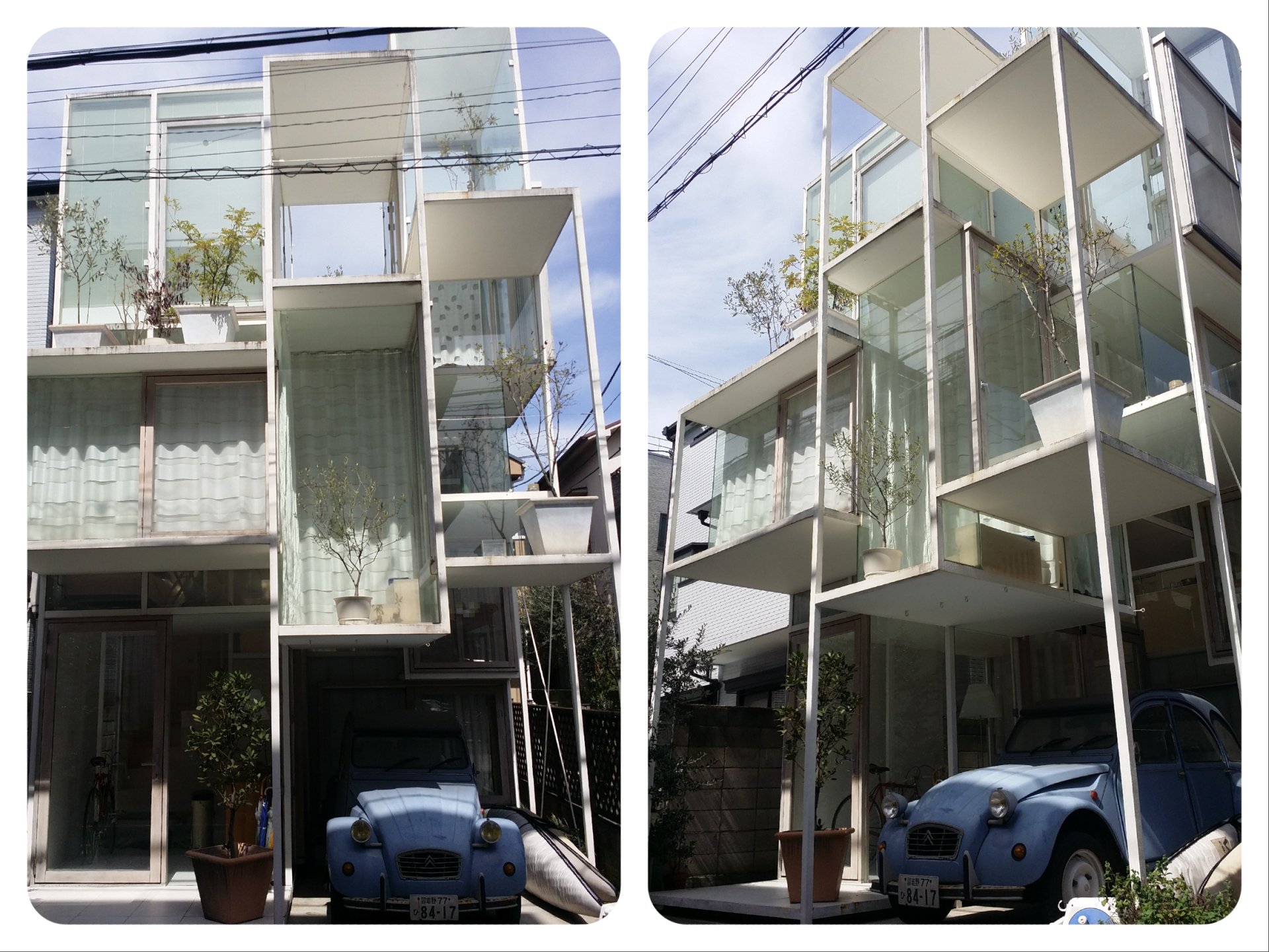 west of the tokyo core and away from the fast paced lifestyle of shibuya and shinjuku are koenji and kichijoji; neighbourhoods connected to shinjuku via the odakyu line.  our original plan was to visit both in conjunction with visiting studio ghibli in kichijoji* however that didn’t quite work out.

*so four years ago we spent 4 days in tokyo and haha is head over heels about all things ghibli.  from totoro to spirited away and many more of miyazaki’s movies, she loves it all.  it turned out that studio ghibli was closed for renovatios only during that one week that we were in town.  fail 🙁

well, we tried to purchase tickets via the machies from the lawsons’ convenience stores this trip and low and behold, they were sold out until the end of april.  after 20 minutes of trying every date and time slot for the upcoming month, the clerk mentioned that spring break has likely caused it to be booked up.  epic fail :((

in spite of that, we still headed on out to kichijoji to check out the hood.  it’s another one of those areas with narrow streets and shops tucked away all over the place.  our first stop was koenji.  parallel streets lined with boutique stores and small eateries were nestled into a residential area.  we had gotten there just before noon so many shops were just opening their doors.

it was a little surprising to see stores open as late as the french but that sums up the vibe in this area; more laid back than the main areas of tokyo.

came across this amazing house that didn’t seem to have any doors throughout the home.  windows looked like they swung open.  beautiful design (and a collection of surfboards to boot)

we stopped for a snack at floresta donuts, a chain based out of nara.  their donut holes come in a series of animals (over 20 of them if i recall correctly) and today’s was a kitty

a 15 minute train ride to kichijoji dropped us off in time for an afternoon snack at satou.  they’re a long running butcher shop that’s best known for selling prime cuts of wagyu beef for very reasonable prices, serving said steaks upstairs in their restaurant and their menchi katsus as grab-and-go snacks.  the lineup below was solely for the menchi katsus and although it was about 40 people long, they run a very efficient system and it was maybe 10-15 minutes at the most.  200 yen gets you a juicy ball of minced meat and onions that’s been breaded with panko and deep fried to a crisp.  i’ve usually had these served up as longer and flatter pieces.  we noticed that most people ordered by number; even though there were other things on the menu, the minced meat balls were the #1 draw.  there were four guys running the show in the kitchen and they were churning out pans of 30+ balls every few minutes and still falling behind on supply.  we saw multiple people buy out 3/4 of the tray on their own leaving the next people in line having to wait for a fresh batch

with the amount of walking we did, haha was dying for a new pair of shoes on top of the pair she got in sapporo.  those ones weren’t tokyo tested 😛  after finding her a pair of new balances we found a little hole in the wall (actually more like a car in the wall) shop serving up thin crust pizza for only 500yen each. on our way back to the station we walked through their red light district, about two blocks long.  a few bars, small restaurants and love hotels lined the alleyways.  i’ve been homesick like crazy for a good pint of beer so we popped into craft beer market, a newer chain that’s been quite successful and have expanded to multiple locations in a few years time.  the beer menu is decent and pints are in the 700 yen range (~$8.50 cad).  about half the taps are japanese and the other half a mix between american and european.  i tried a belgium white ipa and it was on the better side of what i’ve had here but i’m still dying for a hoppy, bitter ipa that doesn’t taste watered down.  this would make the fourth bar in tokyo that i’ve been to in search of craft beer and each has been a different experience.

we had orignally planned to spend another day out in these neighbourhoods since we found a few restaurants we wanted to try out but time just goes so quickly in tokyo.  too much to see, too many things to do and not enough meals for all the things we want to eat.  alas, another visit to kichijoji will have to wait until our next trip which will hopefully include a trip to studio ghibli!

laid back afternoon in shimokitazawa