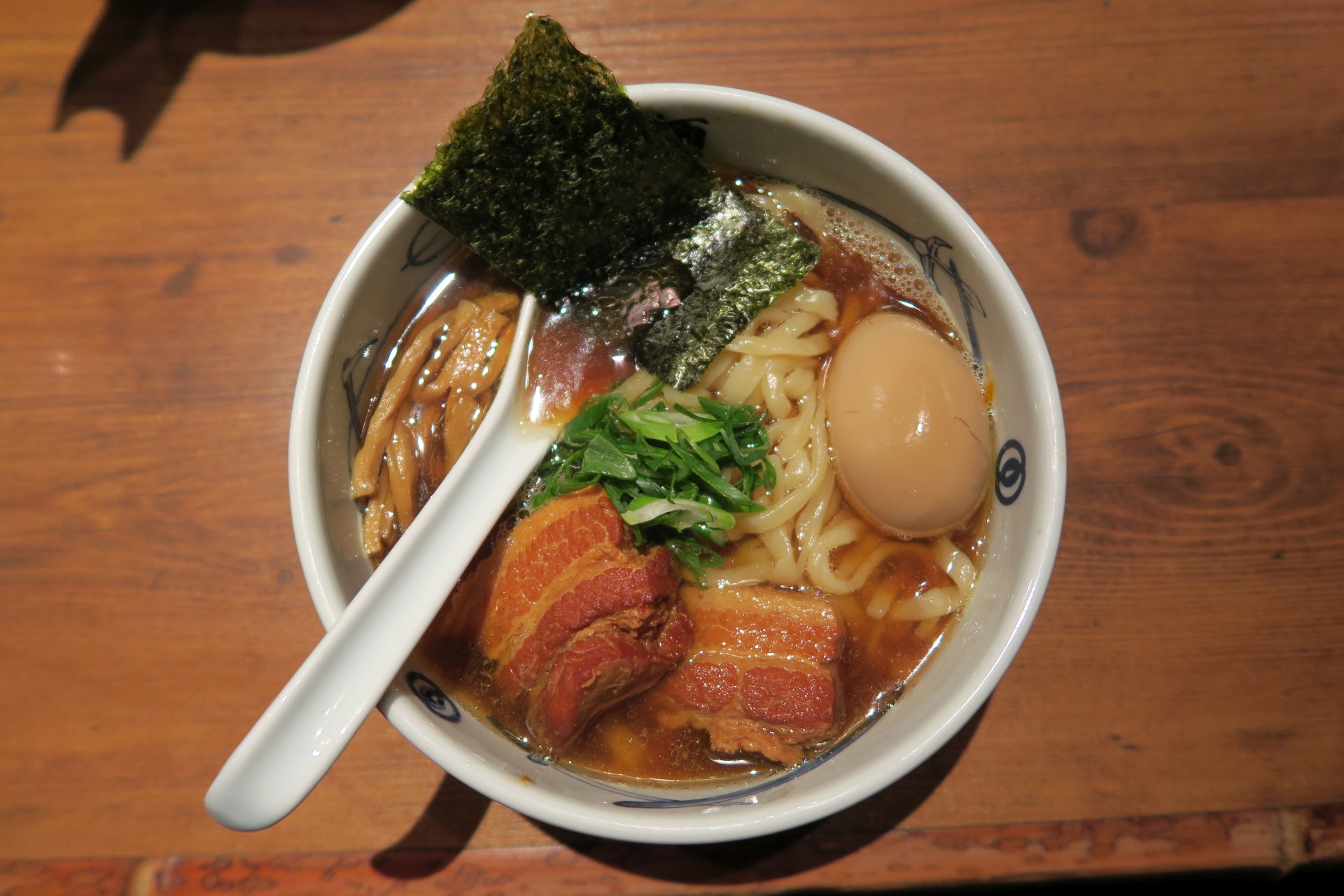 upon our arrival to tokyo we were greeted with good old rain.  out of tradition, i like to eat ramen as my first meal so couple that with the wet weather and it was an easy decision to look for a bowl somewhere in our hood.  on that same note, this is tokyo and there are more ramen shops than lawsons (well, maybe not but it’s close) so picking a spot took a bit of deliberation.

i’ve read about menya musashi through multiple reviews so off we went.  #5 on tripadvisor’s shinjuku list can’t be a bad thing even if half of those reviews are from australian dingos who’ve never used chopsticks before.

a 15 minute walk in the light rain brought us to the restaurant front with no lineup.  we got lucky on the timing since it was just after 6pm.  shortly after we arrived the lineup got bigger and the rain fell heavier.  i’ve read all about their braised kakuni so both of us opted for soup over the tsukemen.  miso for haha and shoyu for me.  we get an option for big or small noodles, we pick one of each.

their broths vary between tonkotsu and also a trio broth, which both of us fluked out and ordered.  the tokyo-ueno style soup consists of pork, chicken and fish and you can definitely taste the fish component when slurping it up.  the braised pork was really good as well, not as strong in flavour as i expected considering how dark the meat was.

i’m a sucker for comparisons so when i stack this up against shingen’s (from sapporo) kakuni, this one is thicker, denser, more solid and texture.  not to say that one is better than the other but shingen’s would literally melt in your mouth whereas this one you could tear into without worrying that the rest will melt through your chopsticks and splash into your soup.

overall, two good bowls, a little fishier than i personally like though.  our bowls were 1100 and 1200yen respectively which seemed slightly on the higher end to me, even with the egg and two tasty chunks of meat.  the hunt for tastier and cheaper continues…