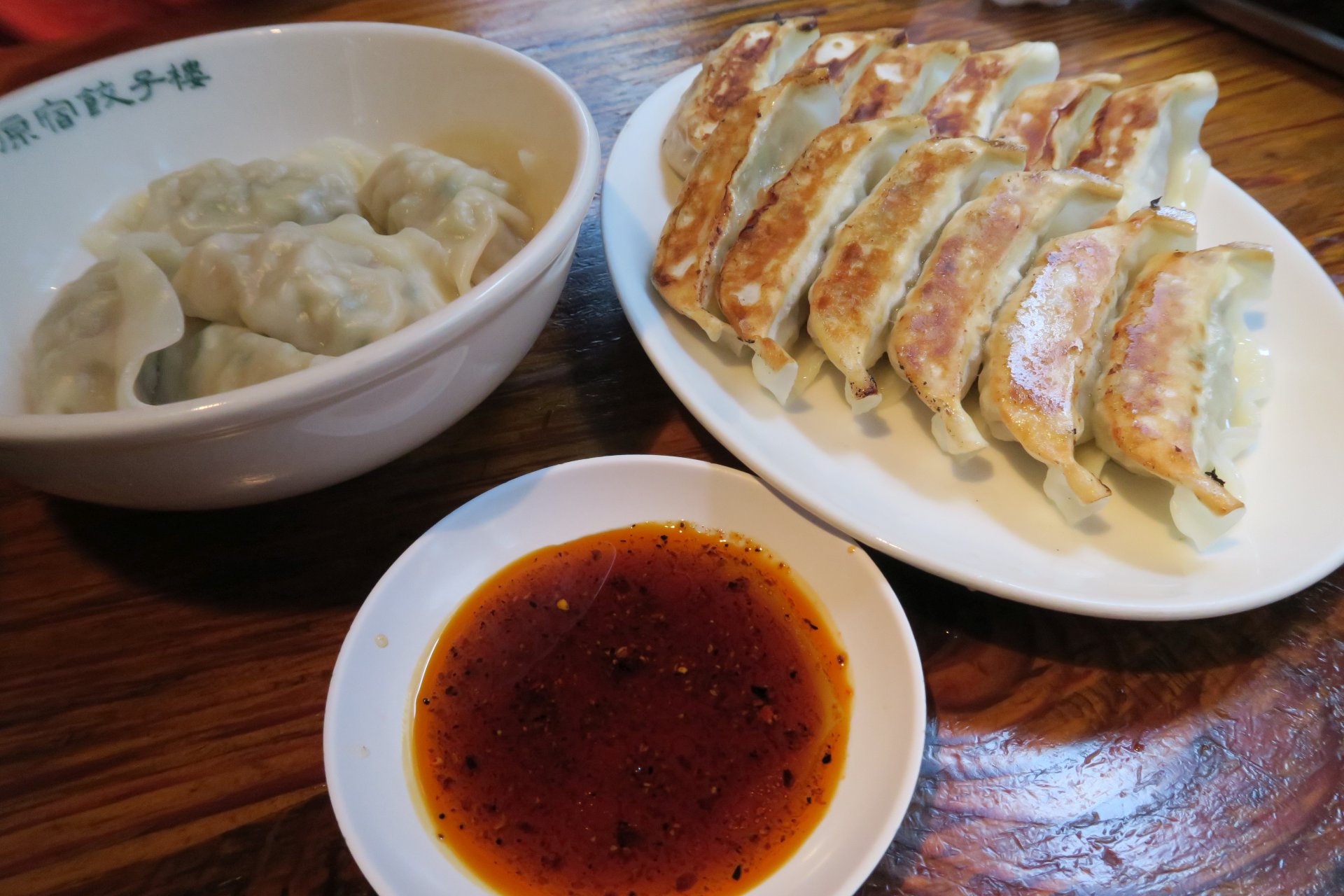 no trip to japan would be complete without gyoza.  after walking the streets of harajuku we stopped in at gyoza lou for a small snack to tide us over until dinner.  it was mid afternoon the lineup of 20+ people during lunchtime had shrunk to 6 by the time we arrived.

for a small dumpling shack, it can seat close to  50 people between the bar and the tables.

there are three guys manning the bar and they’re working non-stop.  one person takes orders, delivers food and handles cash.  another cooks the boiled dumplings and another is in charge of of the pan fried station.  the poor guy probably leaves work with a layer of dumpling juice on his face.  we should title this trip as the ‘low maintenance tokyo tour’ since we keep ending up in restaurants with only a handful of options to order, this one being no different.

there are four types of gyozas you can order, fried or steamed and of those types, with or without leeks & garlic.  290yen for each set.  there were also some side dishes like cabbage but who has time for that?  we ordered 6 orders of a mix and match and the boiled gyoza come out almost as quick as you order them.

as for sauces, you can make your own soy, chili oil and mirin mixture.  i’ve been craving boiled dumplings but i have to go with the fried ones here.  thin, crispy skin with lightly marinated pork.  most of the saltiness comes from the sauce itself and not the dumpling.  the garlic & leek fried ones were our favourites but to be honest, none of them lasted on our table for more than a few minutes.

while we were there the flow of traffic was moving nonstop.  most people were in & out in under 15 minutes, stopping in just long enough to get their fix.  a well oiled gyoza machine, they definitely are.