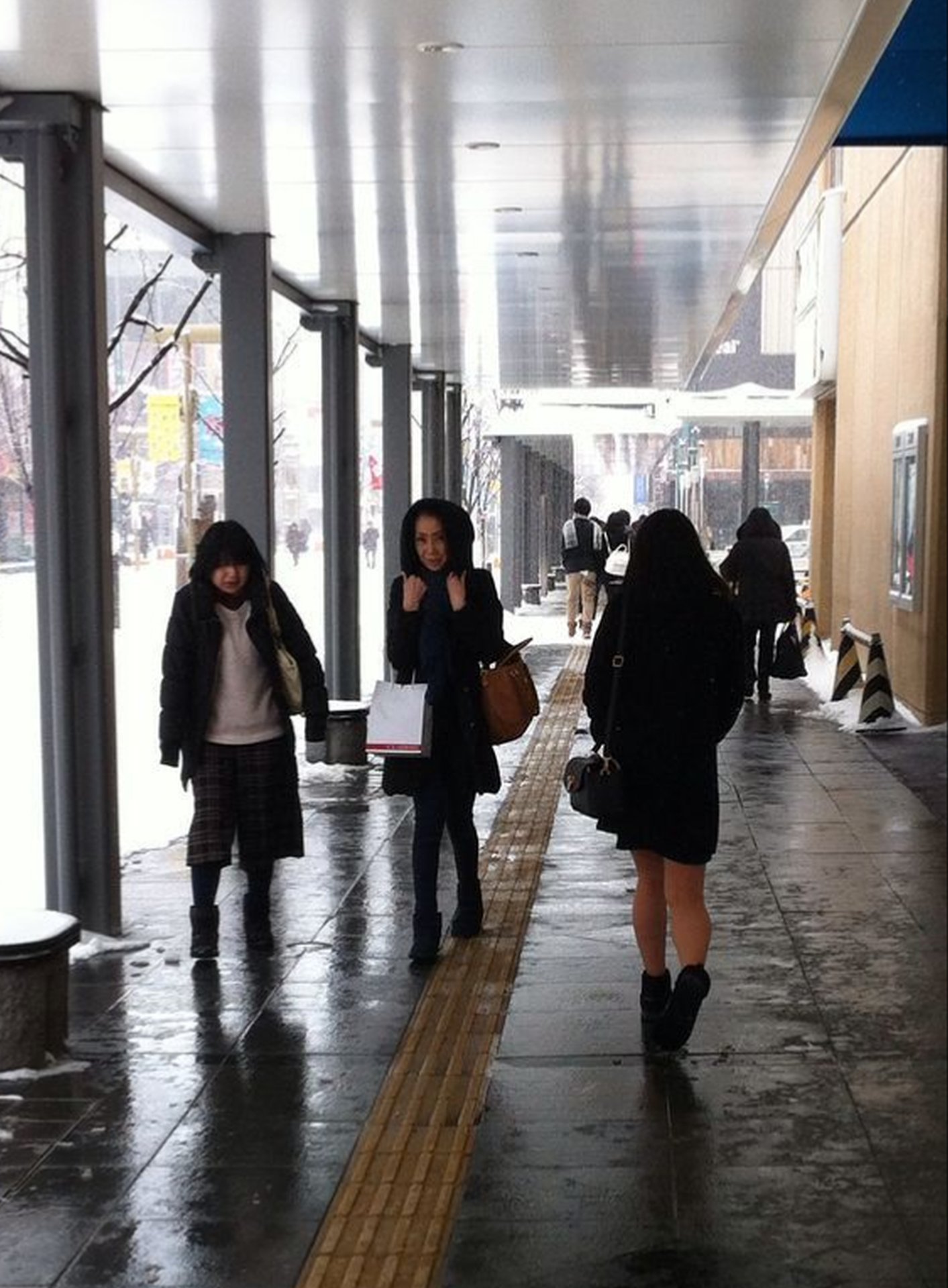 q. current home/addy where i stayed (neighbourhood) and how long
a. fujita kanko washington hotel, central asahikawa, for 8 days

q. favourite meal
a. fav dish would be from baihouken ramen. not for the ramen itself though but for their meatsauce & poached egg on rice. that dish was out of this world good. taiwanese meat sauce on rice and jia-jiang mien both have a special place in my heart and this dish nudged its way in between them. the meat sauce included picked vegetables so there was a salty tangyness (is that a word?) about it. mixed in a runny, soft poached egg and it’s heaven. the rice was finished before either of us got to the bottom of our massive bowls of shoyu ramen.

i’m going to make this a two-part answer.  for a full on meal, i’d have to pick our yakiniku dinner.  tontoro, gal-bi, mixed vegetables (mmm to grilled potatoes) and a side of pork uterus which haha most graciously took for the team after i fudged up that order 😀

q. most memorable moment / best highlight
a. wow, not an easy one this week. i think it might’ve been the day that we hoofed it out in the neighbourhood to get some lunch. once we got to our destination, our destination was nowhere to be found although we did come across a small restaurant getting renoved :*( this was the morning after a significant downpour so the roads were a mushy yet icy mess. haha was stomping the yard with her boots to gain traction and was moving at a very safe rate of 1m/minute. i also came to realize i had a hole in the sole of my shoes and one foot was completely soaked halfway through the trek.

q. greatest challenge
a. mother nature. we would have run into this issue anywhere we would’ve been; the temperature and precipitation wasn’t working with each other so we just had to wait it out.

q. what i miss most from home
a. hashbrowns. crispy golden, shredded hashbrowns with a soft poached egg and bacon to top it all off. sorry for the drool.

q. next stop
a. possibly a quick stopover in sapporo over the weekend but it’s back to otaru for a few days in order to get some days in at kiroro. they just got 34cm of snow today with rising winds over the next two days and then it’s non-stop snow for as long as the weatherman can see. YES!

q. weirdest observation about current culture
a. the constant barrage of thank yous.  at a point it seems redundant. ok, i get that you’re thankful that i’m giving you money for a good/service but you can’t be *that* thankful. i also don’t feel like my purchase of this single onigiri warrants a full-fledged, 90 degree bow but hey, have at’er.  i’ve become desensitized to politeness.

q. one tip i would give myself if i were to come back
a. get backcountry training, bring gear, friends and a car. nightlife is so-so but i much prefer sapporo for that. i’m ok with one or the other but with the absence of riding, we felt like we were wasting away here after the third day.

q. friends i’ve hung out with/visitors
a. just ourselves for this leg.

q. one random/weird/cool thing i learned about the country/city i’m staying in
a. girls in skirts. sure, we’ve seen our share of schoolgirls in their uniforms but this is asahi-freaking-kawa, a city that averages -7 degrees celsius as well as 1.5 meters of snow (5cm of snow a day) in jan/feb. i came across one girl one evening dressed in a fairly short skirt who was clearly cold as she had her arms wrapped around her chest yet here she was standing outside the mall, lighting up her smoke. her fully insulated boyfriend was next to her and he looked as though he was freezing his ass off as well. mutants i tell you…

q. one new experience/memory that will stick with me
a. the mainland chinese at the asahiyama zoo. we were at the polar bear ‘exhibit’ and there were plenty of signs to not disturb the animals. out of nowhere, we hear some clacking and naturally the polar bears are twitching due to the sharp banging sound. after circling the crowds to gain a vantage point, a chinese child stood out from the rest, smashing his plastic mallets together hard enough that you could hear them echo throughout our entire area of the zoo; parents having a laugh as the bears are shaking their heads out of what i would presume to be annoyance. good stuff guys; yellow trash you most certainly are. oh, and red pandas are hella cute. google them. then find out where you can steal one.

q. portion of luggage that’s been the most & least useful
a. where would i be without my merino wool tights? i brought three pairs of these bad boys and i’ve worn them all day, every day. i’d be a frozen stick of yellow meat had i not been layering these under my jeans, especially during the snow festivals when we were roaming through the cities. as for the least useful, i would say the pair of cardigans i brought. they were last minute additions because i was freaking out about being short on insulating layers… so i decided on bringing a thinner, cut open sweater. what the freak was i thinking? both of those are being donated to my hotel room as we leave asahikawa. maybe the lucky person who finds them can sew them into leggings for a lucky japanese girl or two.